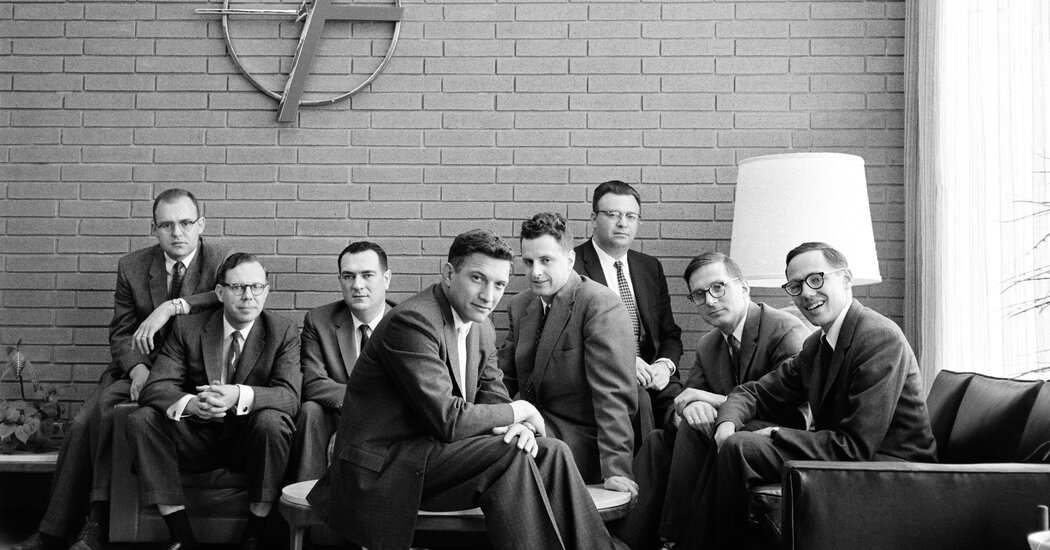 Europe’s failure to grasp the importance of transistors comes through in a great story about the French president Charles de Gaulle sniffing at a transistor radio — a gift from Hayato Ikeda, the prime minister of Japan, in 1962. De Gaulle apparently found the radio distasteful, a tacky gizmo for the petite bourgeoisie. Only much later, in the Netherlands, did Europe make its own breakthrough in chip engineering, with the invention of extreme ultraviolet (EUV) lithography, a heart-stoppingly precise technology that continued to shrink transistors when the progress of miniaturization temporarily stalled. According to Miller, one Dutch company now commands 100 percent of the EUV market, without which cutting-edge chips can’t be built.

Akio Morita, the co-founder of Sony, is another idol in Chipworld, the man who pioneered the use of chips in consumer electronics. The 15th-generation heir to a sake distillery, he refused to captain the 16th. Instead, he went all in on transistors in the 1950s, and built the company that is credited with reviving the Japanese economy after the war, chiefly by selling products like the Walkman to American markets.

Then there is China. Though some in the United States mistook Xi Jinping, the country’s president and general secretary of the Chinese Communist Party, for a reformer when he first came to power, Miller points out that, from the start, Xi “felt strong enough online to mock the Western belief that the internet would spread democratic values.” Now he has created a full-fledged authoritarian internet by building dupes of American tech companies like Google and Facebook (while banning the originals), and by allowing others into China only if they submit to its censorship policies.

What Xi Jinping’s China has failed to do is grab its expected share of the chip market. With massive government assistance, the country now produces 15 percent of the world’s silicon chips, according to Miller’s statistics, a relatively meager piece of the pie, as China clearly cannot rely on the private capital that has poured into the semiconductor sector in the rest of East Asia. The beneficiaries of this largess include Japan (which makes 17 percent of the world’s chips by Miller’s count) and Taiwan (a whopping 41 percent).

Taiwan is the Mount Olympus of silicon chips. At its summit is Morris Chang, master of economic diplomacy; founder of the Taiwan Semiconductor Manufacturing Company (TSMC) and its incomparable chip fabrication plants (“fabs”); and, at 91, the globally acknowledged Zeus of Chipworld. Having grown up peripatetic in China and British Hong Kong during the Second Sino-Japanese War, he crossed the ocean, completed an engineering degree at M.I.T. (and, later, a Ph.D. at Stanford), and, in 1958, landed at Texas Instruments, where he set his mind to improving the chip-making machinery, which had become (and remains) as much of a site of innovation as silicon chips themselves.

In what would prove a terrible error, Texas Instruments passed over Chang for C.E.O. in the early 1980s. So, at the invitation of the Taiwanese government, Chang headed to Taiwan, where he established TSMC as a set of fabs only — making chips for other companies and no finished electronics. That way, TSMC could focus on increasing efficiency in the fabs, while working with all the biggest chip designers, particularly Apple. (One excellent d’oh story Miller tells is about when Intel, which had produced chips for Apple computers for years, opted not to make chips for the iPhone. “I couldn’t see it,” Paul Otellini, Intel’s C.E.O. at the time, later explained.)

This formidable collaboration between Taiwan and the rest of the democratic world suggests that rumors of globalism’s demise are greatly exaggerated. As “Chip War” makes clear, the clash of resounding arms between autocracy and democracy is powered by silicon chips. In this clash, Taiwan is currently the unlikely epicenter of technology, global economics and China’s high-stakes rivalry with the West.