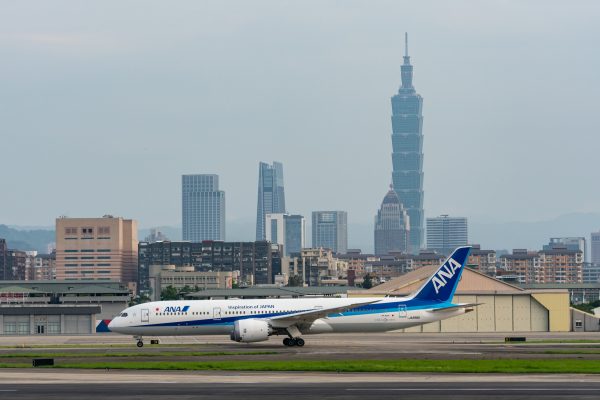 On September 29, after weeks of speculation, Premier Su Tseng-chang announced that Taiwan would be reopening borders as of October 13.

Visitors from all countries are now able to re-enter Taiwan, with visa-free entry having been gradually restored over the past month for most countries that had such arrangements before COVID-19. Visa-free entry was first restored for the United States, the European Union, Canada, Australia, New Zealand, and Taiwan’s diplomatic allies on September 12.

Subsequently, on September 29, visa-free entry was restored for Japan, South Korea, Israel, and other countries. However, restrictions remain on Chinese nationals and individuals from Hong Kong and Macau, with some exceptions for travelers who work in airlines or ships, for approved investment in Taiwanese business, for business trips, and to visit relatives or attend funerals.

Taiwan’s quarantine system for travelers will also be phased out. Previously, Taiwan required three days of quarantining in a quarantine hotel, followed by four days of a self-health management period in which visitors are required to test negative to go outside but free to do so, though asked to avoid crowded areas. Taiwan will now move to seven days of self-health management, with travelers entering Taiwan above two years of age provided four antigen tests upon arrival. Travelers test themselves, so the measures are reliant on willing compliance.


Group tours will also again be allowed. But it remains to be seen whether this will lead to any resumption in Chinese group tours to Taiwan, with China notably having decreased the number of tour groups to Taiwan to mark its displeasure with the Tsai administration prior to COVID-19. This was a geopolitical strategy aimed at pressuring the Taiwanese government, seeking to create the perception that Taiwan’s economy was highly reliant on Chinese tourism, and that if a Democratic Progressive Party (DPP) government held power, China would act to choke off Taiwan’s economy by decreasing the number of tours. Yet the economic impact was not as large as many would have expected, due to businesses serving Chinese group tours being relatively isolated from other parts of the economy.

Of course, since 2020 the global tourism and hospitality industry has taken a large hit from COVID-19. It is currently expected that affected industries will take six months to a year to recover. To speed things up, the government might consider offering economic incentives to encourage tourist spending, such as vouchers, like it did in earlier stages of the pandemic to drive up domestic spending.

It is less clear when the current mandate on wearing masks outdoors will be relaxed. The Tsai administration likely had an eye on when other countries in the region planned to reopen borders, so as to avoid being seen as taking action that went against prevailing trends in regional COVID-19 policy. For example, Japan will reopen its borders to independent travelers starting on October 11. Taiwan may also be weighing other governments’ approach in regards to the mas mandate; Taiwanese media featured the lifting of the mask mandate in South Korea on September 25 as a front-page story.

Some observers had questioned whether the Tsai administration would reopen borders before the local elections on November 26. An uptick in daily COVID-19 numbers would, after all, have the potential to negatively impact public perceptions of the DPP’s performance in government. At the same time, waiting too long to reopen Taiwan’s borders if other countries in the region were moving ahead with reopenings would be criticized as politically motivated. The Tsai administration was always likely to take a gradualist approach to reopening in order to avoid significant upticks in COVID-19 numbers that could panic the public.

Significantly, the DPP is running former Minister of Health and Welfare Chen Shih-chung, who headed Taiwan’s COVID-19 response, as its mayoral candidate in Taipei, Taiwan’s largest city and capital. Chen is running against legislator Chiang Wan-an of the KMT, who claims to be a descendant of former dictators Chiang Kai-shek and Chiang Ching-kuo, and Huang Shan-shan of the Taiwan People’s Party (TPP), a pan-Blue third party with more moderate stances than the KMT. Given that Taipei is Taiwan’s major metropolis and three of Taiwan’s four democratically elected presidents previously served as Taipei mayor before advancing to the presidency, the Taipei race traditionally sets the tone for other local elections across the country.

On September 23, the KMT mounted an occupation of the speaker’s podium in the Taiwanese legislature to criticize the Tsai administration’s handling of COVID-19, citing that 10,000 lives were lost to COVID-19 in the course of the pandemic. The KMT demanded that Premier Su, who was slated to give a policy report to the legislature, apologize. Su eventually made a statement expressing condolences to those that died of COVID-19.

The KMT also alleged backroom deals by the DPP with regard to its purchase of COVID-19 vaccines. The KMT’s criticisms took place shortly after a report by the China Times that claimed Taiwan had paid a higher price for COVID-19 vaccines than other countries, alleging that 7 billion Taiwanese dollars were skimmed off by the Tsai administration. Likewise, the KMT struck out against what it framed as the Tsai administration defaming attempts by private citizens and organizations, such as FoxConn founder Terry Gou and the Tzu Chi religious group, to purchase vaccines.

The China Times is one of the media outlets owned by the Want Want Group, which the Financial Times reported in July 2019 was directly seeking approval from China’s Taiwan Affairs Office before running stories. The Apple Daily also reported in April 2019 that Want Want-owned outlets had received 477 million renminbi from the Chinese government in 2017 and 2018. Want Want Group owner Tsai Eng-meng had been quite open about his pro-China views in the past, as well as that he hoped to promote similar views in Taiwan by purchasing media outlets.

It is probable that the KMT will politically target the new reopening process, in addition to its attacks on the Tsai administration’s past COVID-19 performance. At prior points in the pandemic, when the COVID-19 situation was stable, KMT politicians had called for Chen Shih-chung’s replacement as minister of health and welfare with the claim that measures he had implemented against COVID-19 had affected Taiwan’s economy too much.