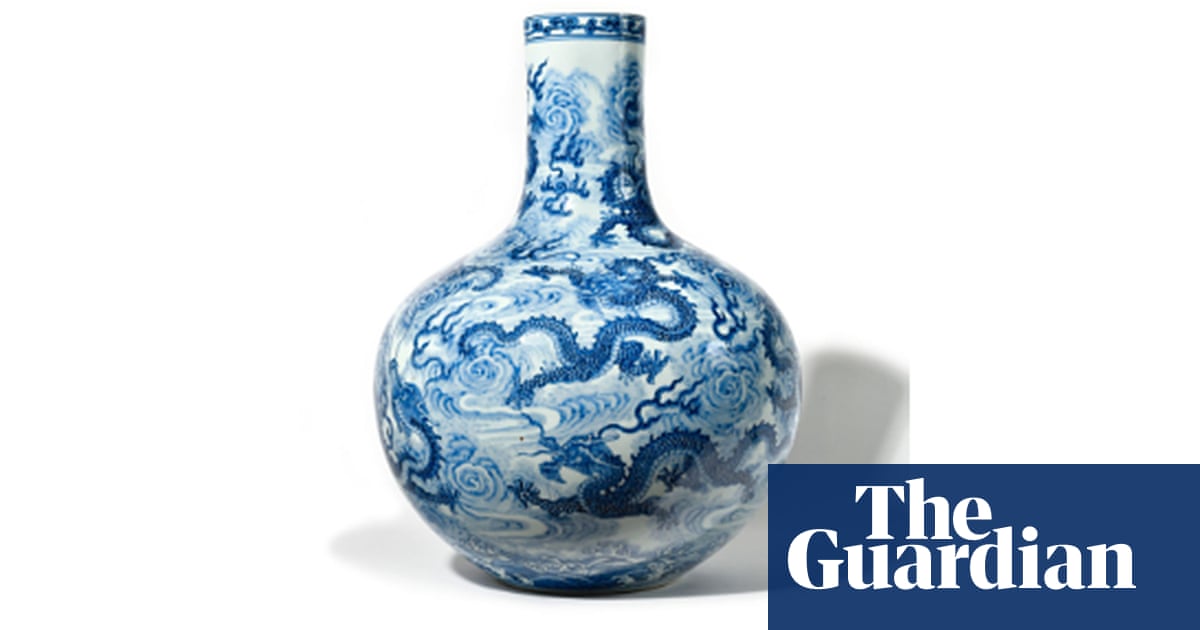 An “ordinary” Chinese vase put up for auction in France and valued at €2,000 (£1,745) has sold for almost €8m after a ferocious bidding war among buyers convinced it was a rare 18th-century artefact.

At the sale in Fontainebleau near Paris, auctioneers were astonished as the offers from about 30 mainly Chinese bidders kept on coming. When the hammer fell the vase had been sold for €7.7m – almost 4,000 times its estimated value. With the seller’s fees, the final purchase price was €9.12m.

The tianqiuping-style porcelain was put in the auction by a woman living in a French overseas territory who was left it by her late mother. The unnamed seller had not seen the 54cm-tall vase, but arranged for it to be taken from her mother’s home in Brittany to Paris to be sold by auctioneers Osenat.

She told the auction house expert the vase had originally belonged to her grandmother, a Parisian collector.

Tianqiuping means “heavenly sphere” and denotes the shape of the vase, which was blue and white porcelain covered in enamel and decorated with dragons and clouds. The auction house said it dated from the 20th century and described it as “quite ordinary”. Had it been 200 years older it would have been extremely rare, their expert said.

Cédric Laborde, a director at Osenat, said: “From the moment the catalogue was published we saw there was enormous interest with more and more Chinese people coming to see the vase. Our expert still thinks it’s not old.

“The Chinese are passionate about their history and proud to take possession of their history.” He said the buyer was Chinese and he believed the vase would be put on display.