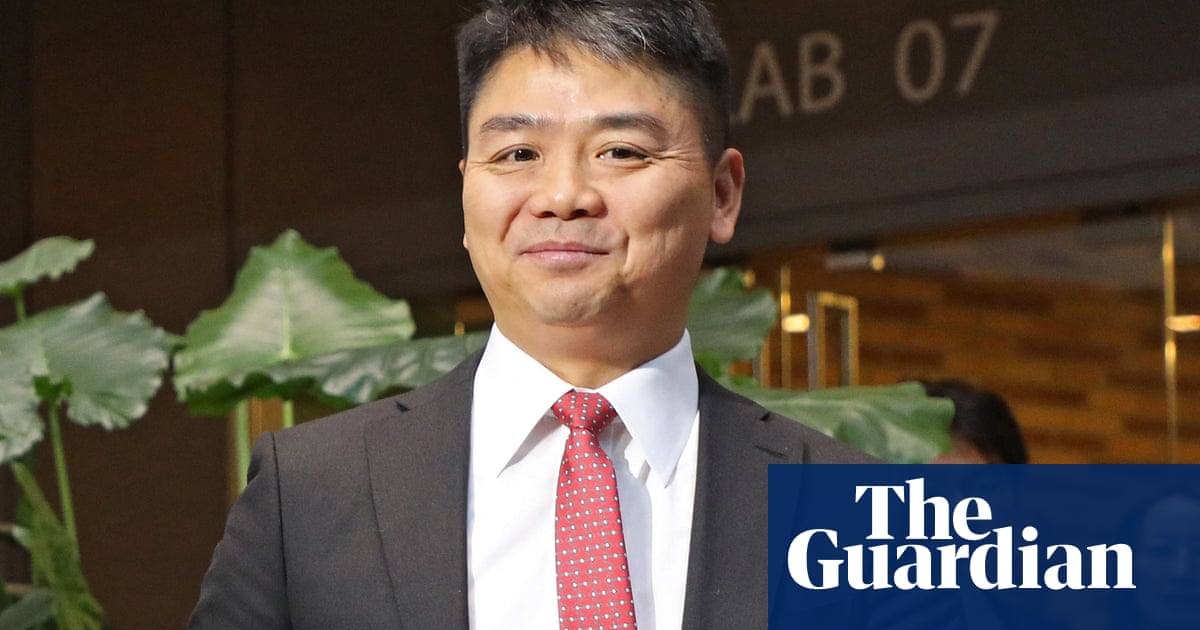 One of China’s biggest and most divisive #MeToo cases, which had been set to play out with extraordinary transparency because of its US location and was closely watched by millions inside China, has been settled out of court.

Liu Qiangdong, a 49-year-old online retail billionaire who also goes by Richard Liu and is known as China’s Jeff Bezos, had been accused of sexually assaulting a then 21-year-old Chinese graduate when she was studying at the University of Minnesota and he was visiting on a business trip. Liu has always denied the assault accusations, saying it was consensual.

In 2019, Liu Jingyao – who is not related but shares a common name – launched civil proceedings against Liu, after prosecutors declined to pursue a criminal case. The case has been followed by Chinese people. But on the eve of the Minneapolis trial, lawyers for both parties announced they had reached a settlement. A settlement amount was not disclosed.

“The incident between Ms Liu Jingyao and Mr Liu Richard in Minnesota in 2018 resulted in a misunderstanding that has consumed substantial public attention and brought profound suffering to the parties and their families,” it said.

The shock announcement brought to a close a case that had captured the attention of Chinese citizens and media, aided by the US court system’s far more open access than the notoriously opaque Chinese court system.

In 2018 Liu Jingyao claimed she had been at a dinner with Liu, the CEO of e-retail giant JD.com, and other executives, and was put under pressure to drink alcohol. She accused Liu of later forcing himself on her in a car when she was too intoxicated to resist, and then following her to her room and raping her. The next day she called police, who arrested Liu.

The case made global headlines, but Liu denied wrongdoing and was released the next day. Prosecutors later declined to press charges citing “profound evidentiary problems”. In April the following year, Liu Jingyao launched civil proceedings against him.

The accusations and pending civil suit, scheduled to begin on Monday, had divided opinions over the years. China’s #MeToo movement has struggled to gain traction in the fact of social stigma, official censorship, uneven power dynamics, and significant obstacles in victims getting their case before a court. In recent years unsuccessful accusations against high-profile men have appeared to undermine confidence in government pledges to improve the protection of women.

Liu and his wife, a celebrity influencer, were famous and drew support in the face of the allegations. Chinese media reports had seized upon edited CCTV footage of the pair’s encounter, to discredit Liu Jingyao’s account and suggest that she had invited the executive to her room. She was subject to widespread accusations of seducing Liu, and lying in order to make money. There was also a debate over societal favouring of powerful elites, dangerous drinking cultures, and demands for a “perfect victim”.

News of the settlement quickly spread across social media in China, with hundreds of millions of views of related hashtags on Weibo.

“The public has seen the essence of the matter,” said one. “Money is all-powerful.”

Some #MeToo supporters praised Liu Jingyao for continuing her fight for four years. “Every battle flag is precious,” said one.

A group of Chinese women’s rights activists who had followed the case, sharing information with people in China, said the settlement was of great importance to the movement, and a “common victory”.

“Jingyao decided this case had way more details to be revealed through the [legal] process and she was willing to take it to court,” said Gigi, a US-based member of the group.

“It was thanks to the courage of her that we get to know so much more detail and do more public education and allow people to know more about one of the most high profile #MeToo cases in China … [and] to have the opportunity to maybe get a trial, where you can have tremendous open access to court documents on the website, which reveals so much of how those typical toxic drinking cultures and business cultures.

“With so many #MeToo survivors coming forward, we can humanise the cases, we see them, and they don’t need to be the perfect victim. We have come a long way.”

Liu Jingyao, who has previously told the New York Times she was diagnosed with post-traumatic stress disorder following the alleged incident, on Sunday told the paper she was “OK”. “I didn’t make it to the end but that was all I could do,” the NYT reported her as saying.

On Sunday, Liu released a statement. “I want to once again express my regrets to all those troubled by this incident, especially my wife, and I hope my life and work can return to normal as soon as possible,” he said.