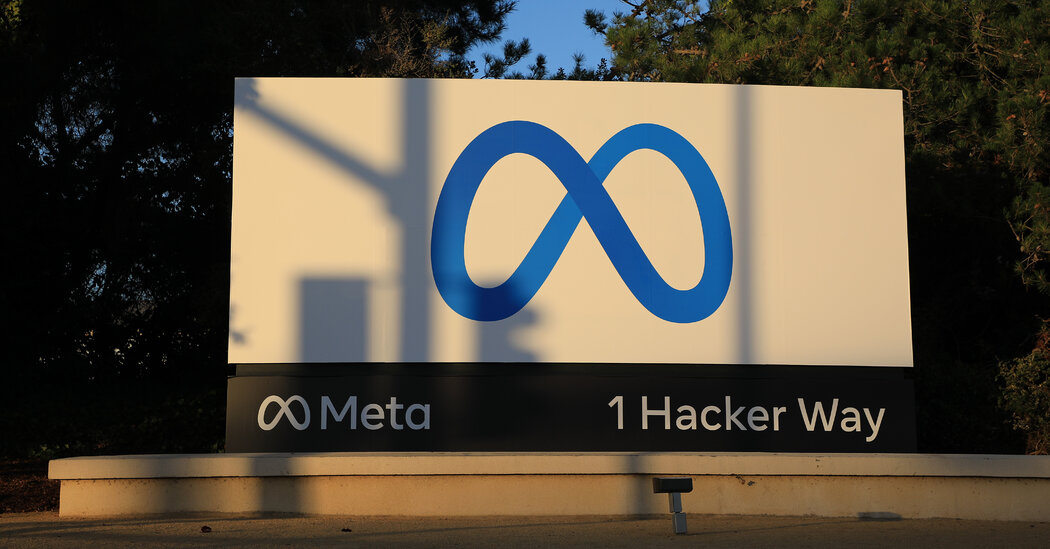 Meta, the parent company of Facebook and Instagram, said on Tuesday that it had discovered and taken down what it described as the first targeted Chinese campaign to interfere in U.S. politics ahead of the midterm elections in November.

Unlike the Russian efforts over the last two presidential elections, however, the Chinese campaign appeared limited in scope — and clumsy at times.

The fake posts began appearing on Facebook and Instagram, as well as on Twitter, in November 2021, using profile pictures of men in formal attire but the names of women, according to the company’s report.

The users later posed as conservative Americans, promoting gun rights and opposition to abortion, while criticizing President Biden. By April, they mostly presented themselves as liberals from Florida, Texas and California, opposing guns and promoting reproductive rights. They mangled the English language and failed to attract many followers.

Two Meta officials said they could not definitively attribute the campaign to any group or individuals. Yet the tactics reflected China’s growing efforts to use international social media to promote the Communist Party’s political and diplomatic agenda.

What made the effort unusual was what appeared to be the focus on divisive domestic politics ahead of the midterms.

In previous influence campaigns, China’s propaganda apparatus concentrated more broadly on criticizing American foreign policy, while promoting China’s view of issues like the crackdown on political rights in Hong Kong and the mass repression in Xinjiang, the mostly Muslim region where hundreds of thousands were forced into re-education camps or prisons.

“It is talking to Americans, pretending to be Americans rather than talking about America to the rest of the world,” he added later. “So the operation is small in itself, but it is a change.”

The operation appeared to lack urgency and scope, raising questions about its ambition and goals. It involved only 81 Facebook accounts, eight Facebook pages and one group. By July, the operation had suddenly shifted its efforts away from the United States and toward politics in the Czech Republic.

The posts appeared during working hours in China, typically when Americans were asleep. They dropped off noticeably during what appeared to be “a substantial lunch break.”

In one post, a user struggled with clarity: “I can’t live in an America on regression.”

Even if the campaign failed to go viral, Mr. Nimmo said the company’s disclosure was intended to draw attention to the potential threat of Chinese interference in domestic affairs of its rivals.

Meta also announced that it had taken down a much larger Russian influence operation that began in May and focused primarily on Germany, as well as France, Italy and Britain.

The company said it was “the largest and most complex” operation it had detected from Russia since the war in Ukraine began in February.

The campaign centered around a network of 60 websites that impersonated legitimate news organizations in Europe, like Der Spiegel, Bild, The Guardian and ANSA, the Italian news agency.

The sites would then post original articles criticizing Ukraine, warning about Ukrainian refugees and arguing that economic sanctions against Russia would only backfire. Those articles were then promoted across the internet, including on Facebook and Instagram, but also on Twitter and Telegram, the messaging app, which is widely used in Russia.

The Russian operation involved 1,633 accounts on Facebook, 703 pages and one group, as well as 29 different accounts on Instagram, the company’s report said. About 4,000 accounts followed one or more of the Facebook pages. As Meta moved to block the operation’s domains, new websites appeared, “suggesting persistence and continuous investment in this activity.”

Meta began its investigation after disclosures in August by one of Germany’s television networks, ZDF. As in the case of the Chinese operation, it did not explicitly accuse the government of the Russian president, Vladimir V. Putin, though the activity clearly mirrors the Kremlin’s extensive information war surrounding its invasion.

“They were kind of throwing everything at the wall and not a lot of it was sticking,” said David Agranovich, Meta’s director of threat disruption. “It doesn’t mean that we can say mission accomplished here.”

Meta’s report noted overlap between the Russian and Chinese campaigns on “a number of occasions,” although the company said they were unconnected. The overlap reflects the growing cross-fertilization of official statements and state media reports in the two countries, especially regarding the United States.

The accounts associated with the Chinese campaign posted material from Russia’s state media, including those involving unfounded allegations that the United States had secretly developed biological weapons in Ukraine.

A French-language account linked to the operation posted a version of the allegation in April, 10 days after it had originally been posted by Russia’s Ministry of Defense on Telegram. That one drew only one response, in French, from an authentic user, according to Meta.