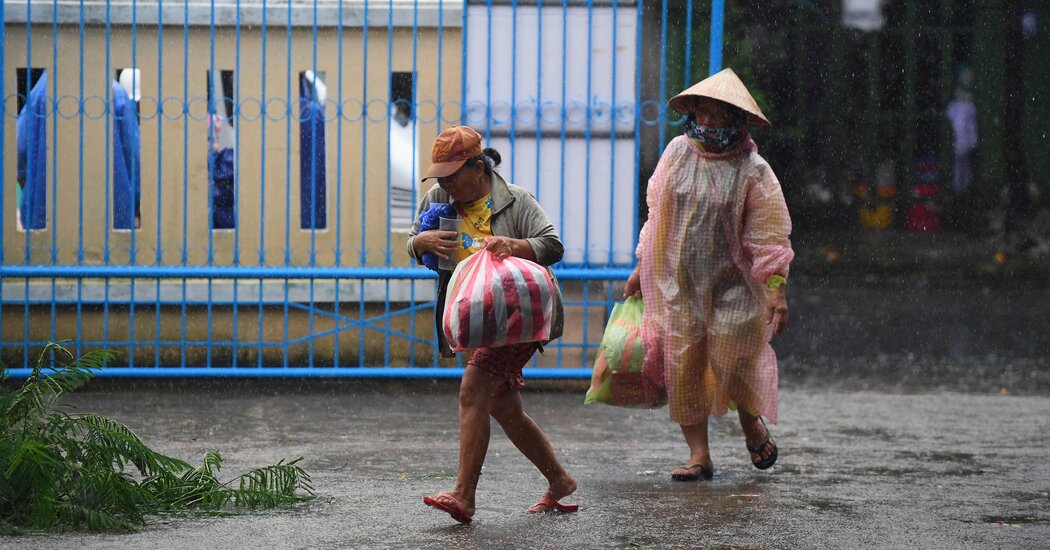 Typhoon Noru, a powerful storm that hit the Philippines this week, was moving west across the South China Sea toward central Vietnam on Tuesday.

Noru was forecast to make landfall in or near the city of Danang, one of the largest in Vietnam, by Wednesday. Among the places in its expected path was Hoi An, an ancient trading port and UNESCO World Heritage site south of Danang.

More than 800,000 people in Danang and elsewhere in central Vietnam had been evacuated as of Tuesday evening local time, The Associated Press reported. Several airports in the area were closed, and a curfew was scheduled to go into effect later that evening.

The storm was still 194 miles east of Danang, according to a warning issued early Tuesday evening by the Joint Typhoon Warning Center, an agency run by the U.S. Navy. There were no tsunami warnings in effect for the region.

Countries in the western Pacific use the term typhoon to describe tropical cyclones. In the Atlantic Ocean, the storms are called hurricanes.

Noru was producing maximum sustained winds of 143 miles per hour on Tuesday evening, making it the equivalent of a Category 4 storm on the wind scale that is used to describe Atlantic hurricanes.

The Joint Typhoon Warning Center said that Noru had lost strength and was no longer a “super typhoon,” a term that forecasters in the United States use to describe storms with maximum sustained winds of at least 149 m.p.h.

Noru, known in the Philippines as Typhoon Karding, made landfall in the north of the country on Sunday night, causing flooding and killing at least eight people, officials said.