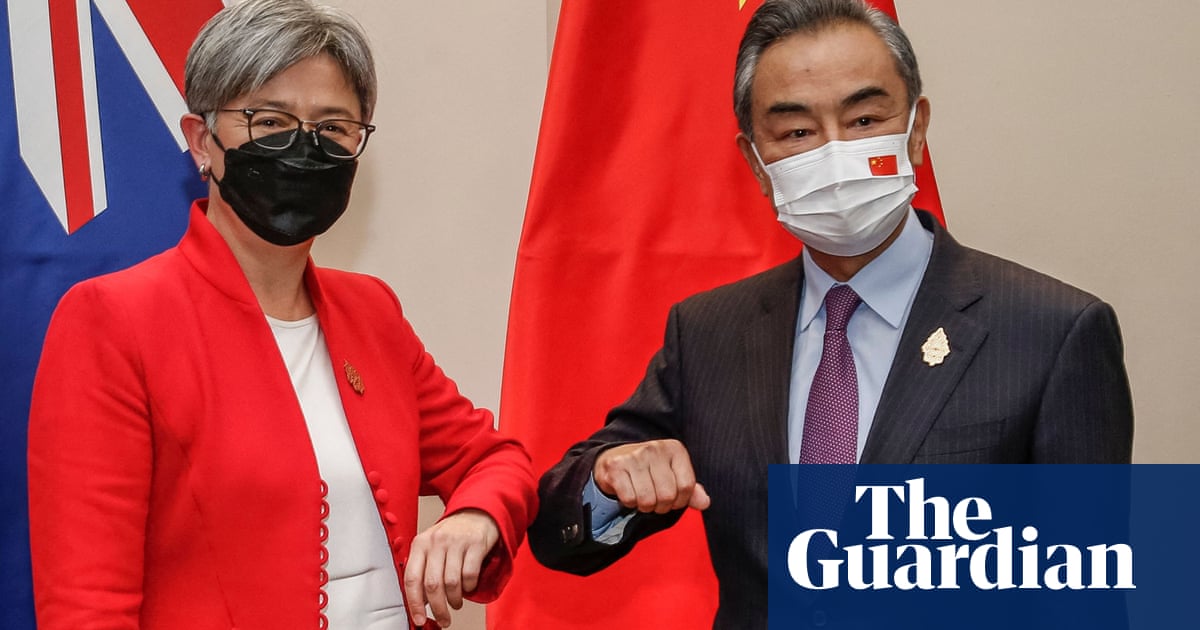 Australia’s foreign affairs minister, Penny Wong, will fly to China this week to mark a key diplomatic milestone in the latest sign of easing tensions between the two countries.

Wong is due to arrive in Beijing on Tuesday and will attend Wednesday’s events marking the 50th anniversary of the establishment of diplomatic relations between Australia and China.

Her forthcoming travel was announced on Monday, days after the prime minister, Anthony Albanese, predicted “further measures and activities which indicate a much improved relationship” over the “coming weeks”.

The trip would build on “the recent constructive meeting” between Albanese and China’s president, Xi Jinping, on the sidelines of the G20 summit in November, according to a statement issued by the offices of the prime minister and foreign affairs minister.

The statement said Wong would travel to Beijing “at the invitation of the People’s Republic of China to meet China’s state councilor and minister of foreign affairs, Wang Yi, and hold the 6th Australia–China Foreign and Strategic Dialogue”.

“In 1972, then prime minister Gough Whitlam took a bold decision, recognising the importance of engagement and cooperation between our two nations and peoples,” the Australian government statement said.

“We welcome the opportunity to mark this anniversary.”

Tensions between Australia and its top trading partner have increased over the past five years, driven by a range of differences including on human rights, national security and China’s militarisation of disputed features in the South China Sea.

Beijing objected to the Turnbull government’s decision to ban Chinese telco Huawei from the 5G network on national security grounds and its laws against espionage and foreign interference.

But the Morrison government’s call in 2020 for an independent international investigation into the origins and early handling of Covid-19 fuelled an extraordinary diplomatic rift in which Beijing refused to allow phone calls or meetings between ministers and their counterparts for two years.

China in 2020 also rolled out a series of hefty tariffs – together with heightened screening rules and trade bans – on a range of Australian exports including wine, barley, red meat and lobster.

The Albanese government has repeatedly called for those restrictions to be lifted. To date, however, the trade minister, Don Farrell, has been unable to secure a meeting with his counterpart to discuss the trade problems.

Birmingham welcomed Wong’s planned travel, saying it was “always counterproductive for the Chinese government to cease ministerial dialogue for a period of time”.

But he said the ultimate test of any dialogue would be in the outcomes achieved.

“Minister Wong’s visit will be judged on progress towards the removal of unwarranted tariffs and sanctions on Australian exports; achieving fair and transparent treatment of Australians currently detained in China; advancing regional security via respect for international law; and securing greater transparency on human rights issues of concern,” Birmingham said.

Albanese – who met with Xi in November – said he was “hopeful that any of the barriers to normal economic activity are removed and that we have stronger economic relations”.

Wong has met with her counterpart Wang Yi twice this year – in Bali and New York – and told him: “Australia’s government has changed but our national interests and our policy settings have not.”

Wong has made clear that the Australian government is seeking to “stabilise” the relationship while aiming for a partnership of mutual benefit and respect.

She avoids using terms like “reset” that could suggest Australia is retreating from key policies. The Albanese government has vowed to “cooperate where we can” and “disagree where we must”.

At the same time the government has ramped up engagement with the Pacific in a bid to ensure Australia remains the security partner of choice, rather than be overtaken by an increasingly active China.

Australia is also deepening defence ties with the US, the UK and Japan. Wong has vowed to keep advocating for Australians detained in China, Cheng Lei and Yang Hengjun.

“We will seek to have an engagement which enables Australia to navigate its differences wisely and we would encourage China to engage with us in a way that navigates the differences between our interests wisely,” Wong said during a visit to the Pacific last week.

The freeze on ministerial talks ended shortly after the change of government in Australia, when China’s defence minister, Wei Fenghe, agreed to meet the new deputy prime minister, Richard Marles, in Singapore in June. They met again in Cambodia last month.

Marles has pushed to reinstate the defence dialogue between the two countries, arguing maintaining lines of communication would reduce the risk of miscalculations.