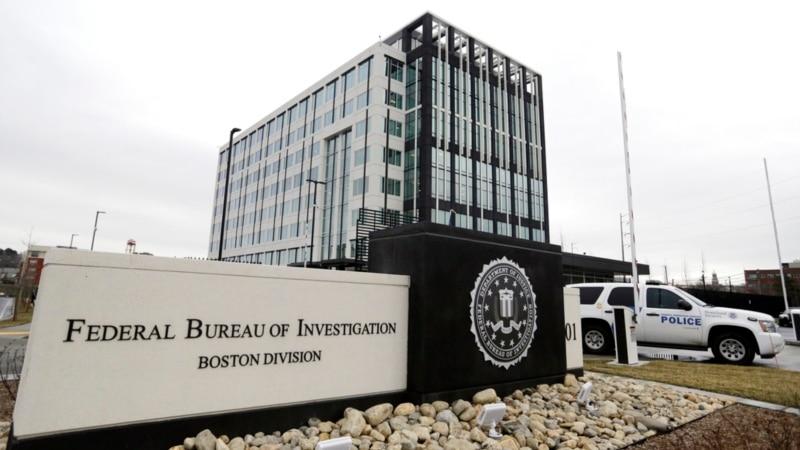 A Chinese student has been arrested by the FBI in Boston and charged in federal court with one count of stalking after allegedly harassing a fellow Chinese student who had posted fliers declaring support for pro-democracy protesters in China.

Wu Xiaolei, 25, a Chinese citizen and a student at the Berklee College of Music, was arrested and charged Wednesday. He is accused of sending messages via WeChat, email and Instagram on October 22-24 to a classmate who had posted fliers that read “Stand with Chinese People” and “We Want Freedom,” according to the charging documents cited by the U.S. Attorney’s Office for the District of Massachusetts.

The poster’s sentiments, which included, “We want food on our tables. We want to breathe. We want art. We want democracy. We want to love,” echoed those written on banners hung in Beijing by Peng Lifa, 48, on October 13, criticizing Chinese leader Xi Jinping and the country’s zero-COVID policy as the city prepared for the 20th congress of the Chinese Communist Party.

Chinese authorities detained the Beijing protester and attempted to scrub any mention of his actions from social media. Chinese students enrolled in overseas universities expressed their support for him by putting up posters demanding democracy and freedom. Other students, thought to be “little pinks,” a common nickname for China’s young pro-government nationalists, have been tearing them down.

Wu, who appeared in federal court Wednesday, allegedly told his classmate, “Post more, I will chop your bastard hands off,” according to the release from the U.S. attorney.

Wu was released “on conditions” that were not specified by the U.S. attorney or in court documents.

Andrew Kirk, the FBI agent who investigated the case, is assigned to a national security squad that focuses on counterintelligence and foreign influence operations. In his affidavit, which refers to the alleged victim as Individual 1, he said “greet” was “a reference to beginning an investigation into the political loyalty of Individual 1’s family … into their political loyalty.”

In the affidavit, Kirk said, “I know that Berklee College interviewed Wu about this message. Wu admitted to sending the message.”

According to the affidavit, Wu tried to obtain the woman’s personal information from the school’s IT staff and admitted to Berklee’s Office of Community Standards and Conflict Resolution he knew it was illegal. He also admitted to harassing the classmate in order to intimidate her so she would stop putting up the posters. Wu stated that he had no sympathy for the woman because he believed she had betrayed China and that what she did was criminal in China.

VOA Mandarin contacted the Chinese Embassy in Washington and the Chinese Consulate in New York City, which is the contact for Chinese students in Massachusetts, for comment on Wu’s arrest but did not receive a reply from either one.

U.S. Attorney Rachael S. Rollins on Wednesday said, “The Department of Justice will always defend the right to engage in free speech and political expression. We allege that Mr. Wu’s threatening and harassing behavior was not free speech. Rather, it was an attempt to silence and intimidate the activist’s expressed views dissenting of the PRC.” China’s official name is the People’s Republic of China.

Rollins added, “Freedom of speech is a constitutional right here in the United States and we will protect and defend it at all costs.”

Joseph Bonavolonta, who heads the FBI’s Boston Division, called Wu’s alleged actions “incredibly disturbing.” He said Wu was accused of “repeatedly threatening and infringing on the rights of a civic activist who spoke out against the ruling Communist Party of China. We believe Mr. Wu stalked, harassed and reported the victim’s support for democracy to law enforcement in the People’s Republic of China so it would launch an investigation into the victim and her family.”

Wu is being represented by an attorney from the federal public defender’s office in Boston. VOA Mandarin contacted the office for comment but did not receive a response.

Alicia Taylor Bard, senior director of media relations at Berklee, told VOA Mandarin in an email that Wu was currently suspended from the college. “The described behavior is troubling to Berklee. We cannot, however, comment on ongoing law enforcement investigations,” Bard said.

Conviction of stalking is punishable by up to five years in prison, three years of supervised release and a fine of up to $250,000. Wu is presumed innocent until proven guilty beyond a reasonable doubt in court.

George Washington University student Xiao Ming, who is from China and asked to use a pseudonym to avoid being threatened, told VOA Mandarin that he and his friends were putting up posters at school on October 13 when a Chinese man wanted to know which organization they belonged to and photographed them.

“The Chinese Communist Party’s repression of overseas dissidents relies on fear,” he said. “In fact, their brainwashing of overseas students is not particularly effective because people see things outside the walls and have their own thoughts. It’s the threats to family members and physical threats that they rely on to silence people. This is why pro-CCP voices seem louder in the Chinese student community.”

He believes the FBI’s arrest of Wu may serve as a warning to CCP sympathizers on campuses and elsewhere.

“After this arrest they know that they will pay a price for their loyalty to the CCP to threaten dissidents,” he said. “This will be consequence to bear, and I think it will help dissident Chinese students to overcome their fears and make their voices heard.”

LilJane, another Chinese student who asked to use a pseudonym for the same reason, put up posters at the University of California-San Diego. He wrote in a text interview with VOA Mandarin that the FBI’s arrest of Wu made him feel safer but worried him because “I think this arrest will make a lot of people think that I and others who hold similar political aspirations are indeed funded by forces outside of China.”

Chinese authorities and official media often blame “foreign forces” for the discontent and protests from the public in China.

In a news conference on December 13, China’s ambassador to France, Lu Shaye, accused “foreign forces” of being involved in the “blank paper movement” that erupted in China’s major cities in late November.

Participants in the campaign held up blank papers on Chinese campuses and streets to express their dissatisfaction with the three-year-long “zero-COVID” policy and the authorities’ censorship of speech. Lu declined to identify the “foreign forces.” When pressed by French journalists, he said, “You can imagine for yourselves.”

Said LilJane: “I would prefer that the schools take actions because it would be less likely to be perceived as having support from ‘foreign forces.’ ”

Bo Gu contributed to this report.