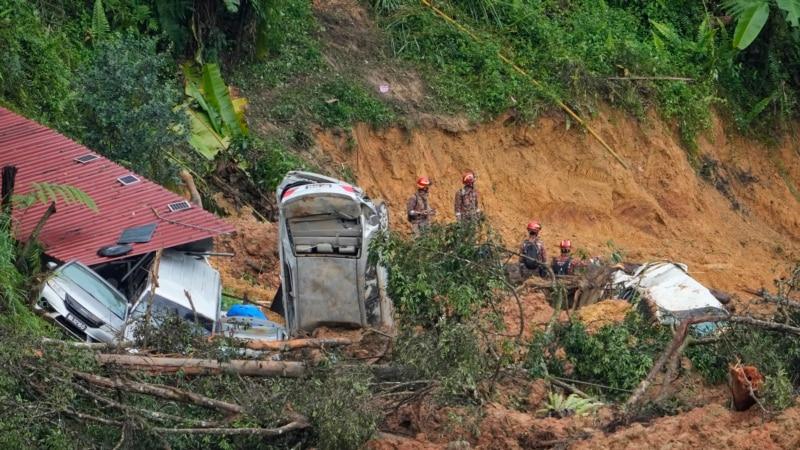 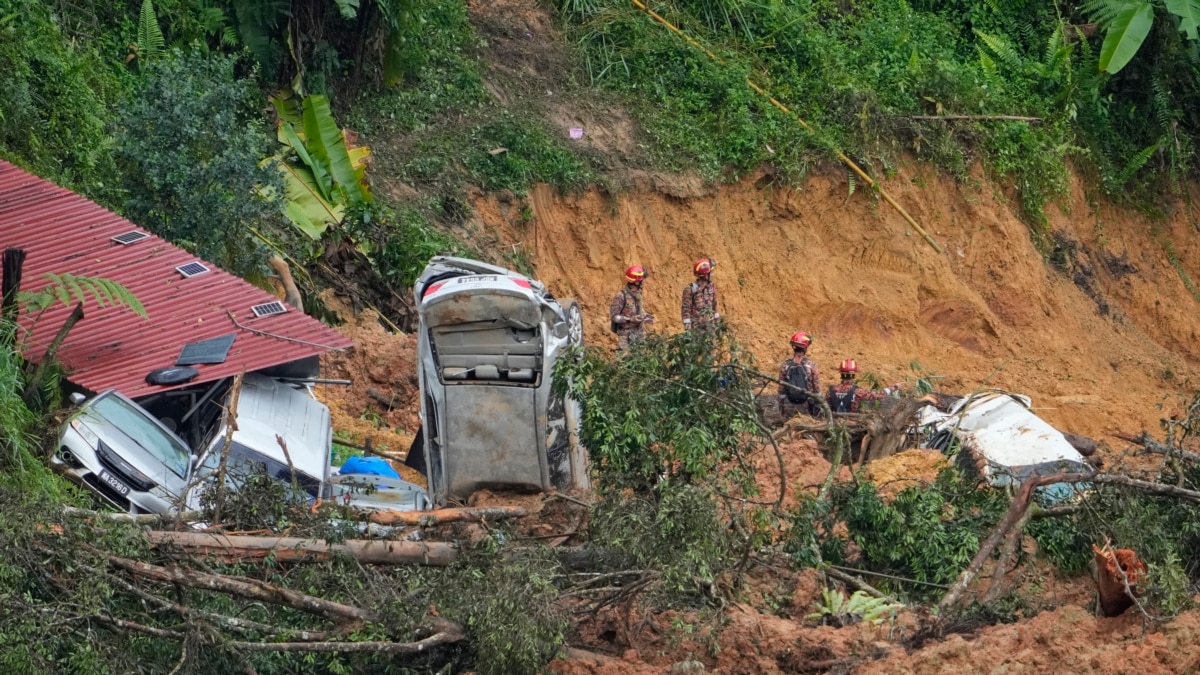 Malaysian officials say 21 people, including five children, died Friday morning in a landslide at an unlicensed campsite at a farm in Selangor state bordering the capital, Kuala Lumpur.

The Associated Press reported that rescue workers found the bodies of a mother and her toddler daughter “hugging each other in a heart-rending scene.”

Search and rescue operations were halted overnight because of bad weather conditions but resumed Saturday.

Malaysia has ordered the closure of all high-risk campsites.

Some information for this article came from The Associated Press and Reuters.