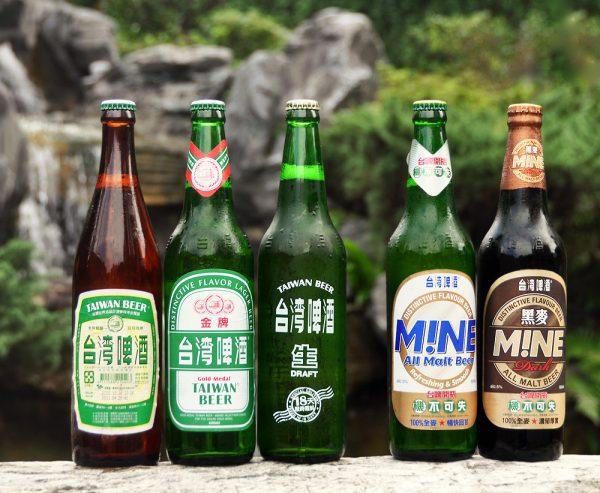 China has again hit Taiwanese products with export bans – this time, on fishery products such as squid, fourfinger threadfin, Pacific saury, and skipjack tuna, as well as a number of beverages including Taiwan’s most recognizable alcohol brands, Taiwan Beer and Kinmen Kaoliang.

The fishery product bans were first announced on December 8, with a press conference held by Taiwan’s Council of Agriculture. The press conference came after news of the ban had already begun to spread in the industry. Earlier that day, the Taiwan Squid and Saury Fisheries Association had held a press conference stating that China had suspended the registration of any new businesses. The market for Taiwanese squid, fourfinger threadfin, and Pacific saury exports to China was $166.5 million in 2021.

In the next few days, more bans on Taiwanese products came to light. 123 out of 354 beverage items registered for export from Taiwan to China were suspended, while 11 out of 28 beer and distillery items were suspended. Affected goods included Taiwan Beer, which is produced by the state-run Taiwan Tobacco & Liquor Corporation; Kinmen Kaoliang, the distinctive sorghum liquor from the outlying island of Kinmen; and craft beer brand Taihu, which had been expanding its Chinese market in recent years. King Car, which produces international award-winning Kavalan Whiskey, and the Uni-President Corporation, one of Taiwan’s largest conglomerates and the operator of dominant convenience store chain 7/11, were also affected.

This was followed by bans on wax apples and custard apples in September 2021 and on grouper in June 2022. In August 2022, shortly before U.S. Speaker of the House Nancy Pelosi’s visit to Taiwan, China announced bans on 100 products including snacks, honey, pastries, and seafood.

These were often high-end products. Taiwan has sought to tout its pineapples as a luxury product in recent years, for example. Some grouper breeds are among the more highly-priced varieties of fish in Taiwan, reserved for important occasions.

Otherwise, many of the targeted products have strong symbolic value. Among the snacks banned in August 2022 was iconic Taiwanese snack Kuai Kuai, a favorite of engineers because of a superstition that stacking bags of green Kuai Kuai near machines will keep them operating smoothly. In the most recent series of bans, Taiwan Beer is Taiwan’s national beer brand, while Kinmen Kaoliang is culturally significant – it is served at state dinners, used in religious ceremonies, and prisoners are traditionally given a glass of kaoliang before executions.

China justified the bans by claiming Taiwanese pineapples, wax and custard apples, and grouper violated food safety standards. The Chinese government claimed to find mealybugs in shipments of pineapple from Taiwan between March and May 2020, as a result of which new controls were implemented in October 2020 to deal with the issue. Overall, according to customs data, China only found 13 instances of mealybugs in pineapple export batches, with 99.79 percent of pineapple exports passing inspections.

Similarly, the Chinese government’s decision to suddenly ban pineapples from Taiwan in early 2021 was thought to be aimed at impacting Taiwanese farmers. The announcement of the ban was timed right before the harvest season for pineapples in March, so that harvested pineapples would have nowhere else to go.

178 affected fisheries companies stated that they had submitted follow-up documentation requested by China in August of this year but did not receive any response. The Taiwanese Food and Drug Administration (FDA) later stated that 346 of 465 items had their applications rejected on the basis of follow-up documents. Forms publicized by the FDA of what was required by China’s General Administration of Customs later suggested that the Chinese government required Taiwanese companies to reveal trade secrets in export applications. For the most part, however, the FDA has sought to avoid commenting on whether the bans were politically motivated, perhaps hoping to avoid the perception that it is deliberately picking a fight with China.

The Tsai administration has mostly responded to the bans by announcing that it will take steps to help Taiwanese companies develop new markets, providing training or launching advertising campaigns to assist with this. After the pineapple, wax apple, and custard apple bans, the Tsai administration began advertising campaigns targeting markets such as Japan, spending 1 billion Taiwanese dollars on advertising pineapple, while after the grouper ban, the Council of Agriculture set aside 800 million dollars to assist grouper farmers, while also starting to use grouper in school lunches.

Amid the latest bans, the Tsai administration has called on to take similar measures for affected companies. It has been suggested that the Tsai administration may seek to develop Southeast Asia as a market for Taiwanese fisheries products, or that processing Pacific saury bones can make them more suitable for European markets.

Otherwise, a past strategy adopted by the Tsai administration has been to rally up domestic and international support for Taiwanese goods. The “Freedom Pineapple” campaign called on Taiwanese consumers and allies of Taiwan abroad to purchase domestically grown pineapples as a show of support, to aid Taiwanese farmers. Among those to participate in the campaign was former Japanese Prime Minister Abe Shinzo, who posted a photo of himself with Taiwanese pineapples on Twitter, as did other diplomats and politicians. The “Democracy Fish” campaign aimed to do the same with grouper, finding similar success among some Japanese public figures. This time around, the framing has primarily been around “Freedom Beer,” reflecting China’s ban on Taiwan Beer.

The “Freedom Pineapple” campaign proved highly successful, with more pineapples sold in four days than would have been sold to the Chinese market in 2021, when the ban took place. Yet exports to China only constituted 10 percent of Taiwan’s domestic pineapple produce, so this was an easy target to reach in making up for the shortfall. And there have been warnings that the government may not always be able to successfully drive up consumption of banned products, and that this may lead to increasing overreliance by industry on the government to bail them out in the event of Chinese bans.

It is unclear what China intends to accomplish through the bans. Beijing may simply hope to further constrain Taiwan’s market opportunities internationally, as a means of pressuring Taiwan. In particular, the politically influential demographic of farmers and fishermen have historically voted for the KMT due to hoping for access to the Chinese market, as well as historical reasons linked to the use of irrigation associations for watering fields and farmers’ associations for distributing produce.

Such associations were used as a means of political patronage and control during the authoritarian era, with farmers fearing being cut off from access to water for their fields or the networks used to distribute produce for sale if they voted for the DPP. The DPP remains concerned about undue pan-Blue influence over farmers, which is why the Taiwanese government has made moves to nationalize irrigation associations in past years – a move that the KMT has hotly contested but which was upheld in an August 2022 ruling by the Constitutional Court.

The Chinese government, then, may be hoping to pressure farmers and fishermen to throw their support behind the KMT. This may take place as part of a velvet glove and iron fist approach – the Chinese government announced 22 incentives for Taiwanese farmers in a similar timeframe to the initial pineapple ban.

Or the Chinese government may be hoping to prop up the KMT through engendering the perception that it is the only political party in Taiwan able to avoid retaliation from China. The KMT has historically leveraged this claim in campaigning, and KMT politicians state that they intend to meet with Chinese officials to conduct dialogue on the matter, while lashing out at the Tsai administration for worsening cross-strait relations.

By contrast, the DPP has suggested that it may take the matter to the World Trade Organization (WTO). The DPP has made similar comments in the past, and it remains to be seen whether it finally follows through with this claim. There are some risks to seeking WTO arbitration, as China might use influence within the organization to apply further pressure to Taiwan.

Otherwise, there have even been suggestions that Taiwan should cut off Chinese access to Taiwanese semiconductors as retaliation, though this is an extreme step that is not likely to take place in the immediate future short of conflict breaking out in the Taiwan Strait. In the export bans, China has primarily targeted substitutable goods that it can source elsewhere, rather than intermediate goods it is reliant on for its own supply chains.

In the future, it is also possible that China will be increasingly seen as a risky market for Taiwanese companies, incentivizing companies to reduce reliance on the Chinese market and instead develop politically safer markets elsewhere. In this way, China may unwittingly remove one of its own crucial levers for influencing Taiwan politically: Taiwanese companies’ substantial investment in the Chinese market. Indeed, 1,800 of the firms whose products were affected state that they do not intend to reapply for export licenses.

Likewise, Taiwanese companies might decide there is something to be gained from capitalizing on trends in Taiwan that favor Taiwanese rather than Chinese identity, or anger against China’s actions targeting Taiwan.

For example, after the recent ban, pineapple cake chain Chia Te Bakery won public accolades after announcing that it refused to hand over its trade secrets to China and would be withdrawing from the Chinese market. Subsequently, a wave of Taiwanese netizens began leaving positive reviews for the bakery’s locations online, though they came into conflict with Chinese netizens or bots that began leaving negative reviews on Chia Te Bakery locations and flooding its Instagram account with negative comments.

Following the ban on Kuai Kuai and other Taiwanese products in August after the Pelosi visit, and in the wake of the grouper ban that had taken place in June, Kuai Kuai announced that it would be introducing a grouper-flavored variety. Pingtung county magistrate Pan Meng-an of the DPP was among those to tout the new flavor, with the Pingtung county government praising Kuai Kuai’s efforts to “bring grouper to the masses” even if that meant “breaking with tradition.” It is possible that some brands will actively position themselves as hitting back against China in advertising or developing new products.