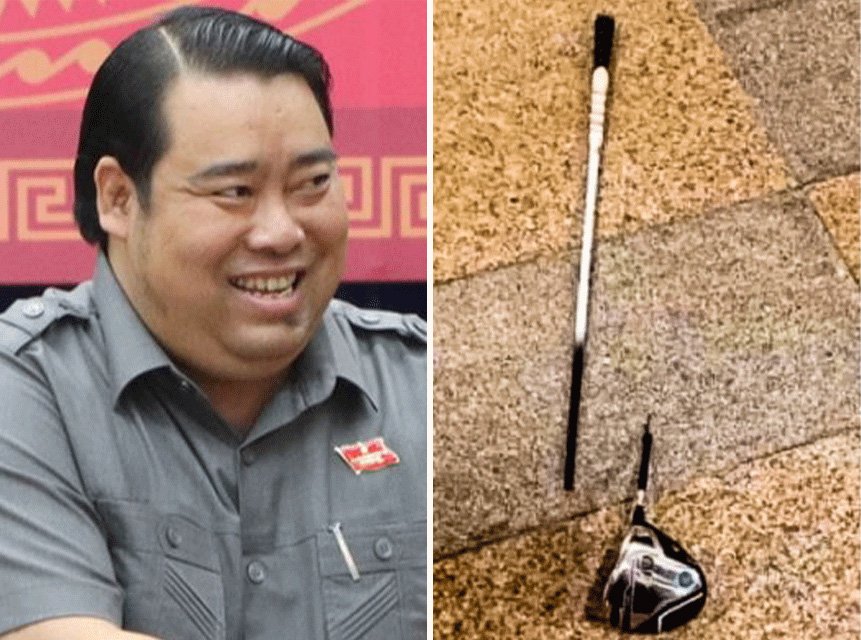 A Vietnamese party official has gotten into hot water for allegedly hitting a caddy with a golf club on the course, knocking her unconscious.

Provincial officials postponed a scheduled news conference scheduled to discuss the allegations against Nguyen Viet Dung, a member of the Quang Nang Provincial People’s Council, which include threats that he made to the staff at the BRG Dang Nang golf course on Dec. 6, according to local media.

The reports said that during the game, Dung thought the 32-year-old caddy had dishonestly counted the number of strokes on a hole and allegedly hit her with one of his clubs, causing her to lose consciousness and to seek hospital care.

Interview with the Quang Nam newspaper on Tuesday, Dung said he hit his golf club toward the ground out of frustration during an argument over the score. The club grazed the caddy’s hat and then snapped in half, with half of the club bouncing back and causing a slight injury to her face, Dung said.

“I was wrong,” he told the newspaper. “I sincerely apologize!”

Dung, who also serves as chairman of the Board of Directors of Dat Quang Corporation, a local construction company, said his relatives took the caddy to Da Nang Hospital. He said he has apologized to her and has paid for her hospital expenses.

In an open letter sent on Friday to its associated members and to nearby golf courses, the Bach Khoa Da Nang Golf Club golf club, which the BRG Dang Nang golf course is a part of, called for an area-wide ban of Dung and asked that other Da Nang golf clubs inform their members about the incident.

The letter also disclosed that Dung sent his staff to BRG Dang Nang golf club to forbid the club’s staff members, security guards and other caddies from making public statements about the incident.

Nguyen Cong Thanh, vice chairman of Quang Nam Provincial People’s Council, said Tuesday’s news conference was postponed because the council hadn’t received any new information. Thanh said the council had contacted Dung to ask to submit a written report, which he has.

Ngu Hanh Son’s party secretary, Cao Thi Huyen Tran, said on Monday that she learned about the incident from media reports. Because it took place in Ngu Hanh Son, she has requested that the District People’s Committee and responsible authorities do an investigation.

The chairman of the People’s Committee, Nguyen Hoa, told reporters on Monday that the incident has badly affected Da Nang’s image and could damage the city’s sports and tourism industry. He said local police will be part of the investigation.