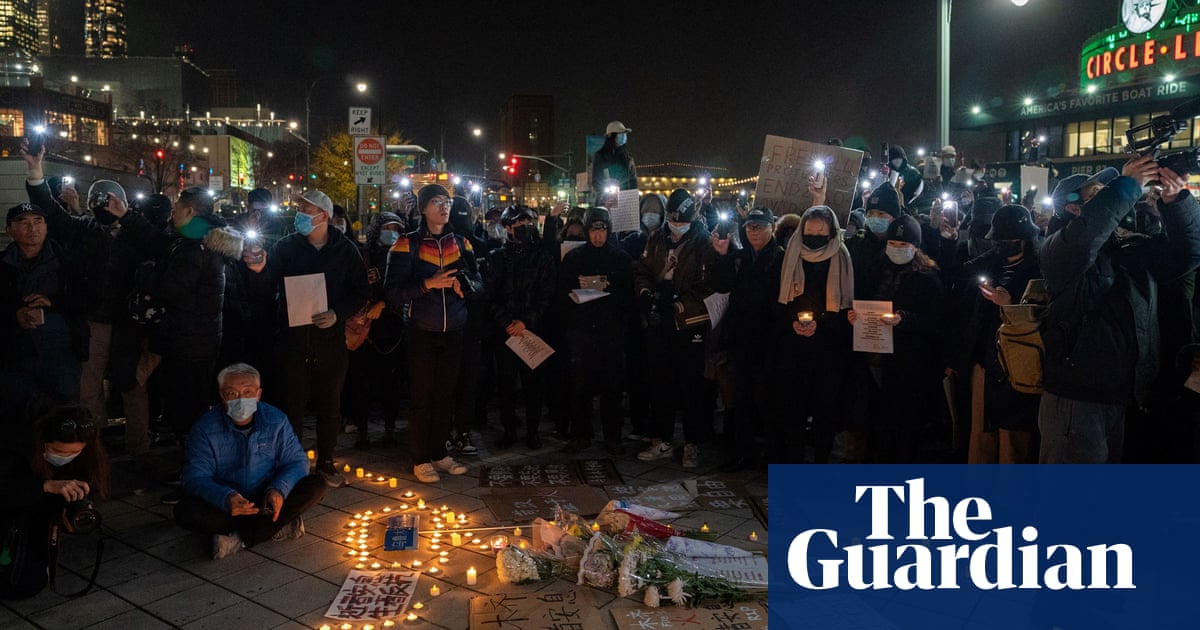 China’s government looks to be starting to roll back its zero-Covid policy. But after three years of saying the resource-intensive, economically damaging elimination strategy is the only way to go, experts say it will be a medical and political challenge to end it.

Much of China’s exit strategy is riding on vaccinations, but this is where Beijing has great challenges. China’s elderly population is disproportionately unvaccinated, leaving tens of millions of vulnerable people at far greater risk from the ravages of Covid-19. About 90% of China’s population is vaccinated, but among those over 60 only about 69% have had at least three doses. Above 80 years of age, the figure drops to about 40%.

At a press conference on Tuesday, the national health commission announced a renewed push to boost these numbers, with a mix of public information campaigns, targeted programmes in retirement and care homes, and more forceful action including requiring those who refuse to vaccinate to formally explain their reasons. Vaccinations have never been mandatory in China, and previous efforts to tie vaccines with permission to enter particular areas or to travel have largely been abandoned.

“[China] didn’t promote the vaccine to elderly groups until November 2021, but by this time considerable vaccine scepticism had built up,” Prof Devi Sridhar, the chair of global public health at the University of Edinburgh, wrote in the Guardian this week.

The government has not allowed the import of foreign-made vaccines, which include the mRNA versions, considered to be more effective. Instead, it has relied on its own domestically developed vaccines based on an inactivated virus, which health experts say are not as effective when used exclusively.

“China has the ability to do [medical research and development]. Why they haven’t come up with a bivalent vaccine puzzles me,” said Prof Chi Chunhuei, the director of Oregon State University’s centre for global health. “Perhaps they were too reliant on zero Covid.”

China is the last large country still committed to a zero-Covid elimination strategy, which successfully kept the rate of transmission and deaths far lower than in most other populations. Other proponents of the tactic, including Australia, New Zealand and South Korea, shifted away with the emergence of more transmissible variants and the development of effective vaccines.

Experts have expressed concern and frustration that China’s government wasted more than two years of the pandemic when it was largely virus-free and could have expanded its health system and developed new vaccines and treatments.

Instead, it is facing an almost inevitable large outbreak with dramatically fewer resources than other countries. The government has not been frugal. Throughout the pandemic it has built entire Covid hospitals and quarantine centres within days. But it still has fewer than five intensive care beds per 100,000 people, compared with almost 30 in Taiwan and more than 10 in South Korea and Thailand.

China’s population overwhelmingly sits in the bottom two categories. “This is the major weakness in China’s situation,” said Chi. “Given [Covid] is unstoppable and is coupled with a much lower severity, the only way to stop it is through natural immunity.”

But estimates of the number of deaths if China were to open up range from the hundreds of thousands to the tens of millions.

The catch is that while zero Covid has caused frustration, distress and deaths, there is still widespread fear of the virus itself. Many people remain hesitant towards any measures that suggest people must live with the virus rather than be completely protected from it. The phenomenon was also seen in other places, such as Taiwan, where governments emphasised zero-Covid as the primary solution for as long as they could.

It will be hard to win a lot of people over, and reporting in China has found continuing vaccine hesitancy despite the current outbreak, even among those with pre-existing conditions that make them more vulnerable to the impact of the virus if they catch it.

In Shanghai, Cai Shiyu, a 70-year-old retiree, told Reuters she still feared the vaccine. “If I were fit for vaccination, I would definitely get it,” she said. “But I’ve had a heart stent, and I have heart disease and high blood pressure. What if something happens?”

Authorities have not said China is moving away from zero Covid. But the shift this week is being taken as a sign that China’s ruling Communist party is taking notice of people’s grievances, even if it is unlikely to ever be framed as a backdown in the face of public dissent.

“Xi Jinping personally declared victory over coronavirus in 2020. Beijing’s propaganda has repeatedly touted China’s successful containment of the virus in the years since as evidence of the superiority of its political system,” said Minzner. “Given this, backing down from current zero-Covid policies isn’t merely a question of public health policies. It’s a political problem of the first order.”