EU officials in the room took Xi’s broader remarks about pandemic controls as a signal that he was ready to further loosen tight restrictions, which have left tens of millions of people under lockdown across the country.

Michel “pleaded for use of vaccines and then raised the question of China’s measures and government measures”, a senior official said.

“And the response we got from the president was explaining why there was protests, claiming that after three years of Covid he had an issue because people were frustrated. It was mainly students, or teenagers in university,” they added.

Xi told Michel that the dominant strain of Covid-19 in China is “now mainly Omicron, and Delta before that was much more lethal”, according to the senior official. Xi’s remarks were taken to suggest that the government would loosen some controls.

A second senior source said that the Chinese leadership had intimated that it would try to push vaccinations in response to the unrest, with Michel sharing with Xi and his most senior underlings the European experience of rolling out mass vaccinations.

Xi told Michel that China had “high rates of vaccination, except for elderly people, which is a challenge”, they said.

“My sense was that this [exchange] was something that was informative. I had a feeling that China would on its side be increasingly looking to incentivise its citizens to be vaccinated, to follow a tiny bit the European experience,” the second official said.

Xi reportedly made the comments in a meeting with EU Council President Charles Michel. Photo: dpa

In mainland China, only 68.7 per cent of people over 60 have had three doses of a Covid-19 vaccine, official figures show. For those aged 80 and over, only 40.4 per cent have had had a booster dose.

Michel became the first Western leader to visit China since the beginning of protests, which have been described as the most significant displays of public unrest in the country since the bloody crackdown in Tiananmen Square in 1989.

Several Chinese cities rolled back PCR testing, a cornerstone of China’s zero-Covid response, and called for the use of rapid antigen tests in a sign that virus control rules are being further relaxed in the country.

Beijing city authorities have asked hospitals not to turn patients away if they cannot produce a negative PCR test taken within the previous 48 hours. Instead, they can take a quick antigen test.

Children under three years old are exempt from PCR tests, with their carers’ results checked instead, but inpatients and their caretakers must still present their results.

The new measures were announced on Thursday after the capital stopped demanding frequent PCR testing for those who do not have regular social interactions – such as the elderly, young children and people who stay at home for work and school – to ensure no one is denied access to healthcare. 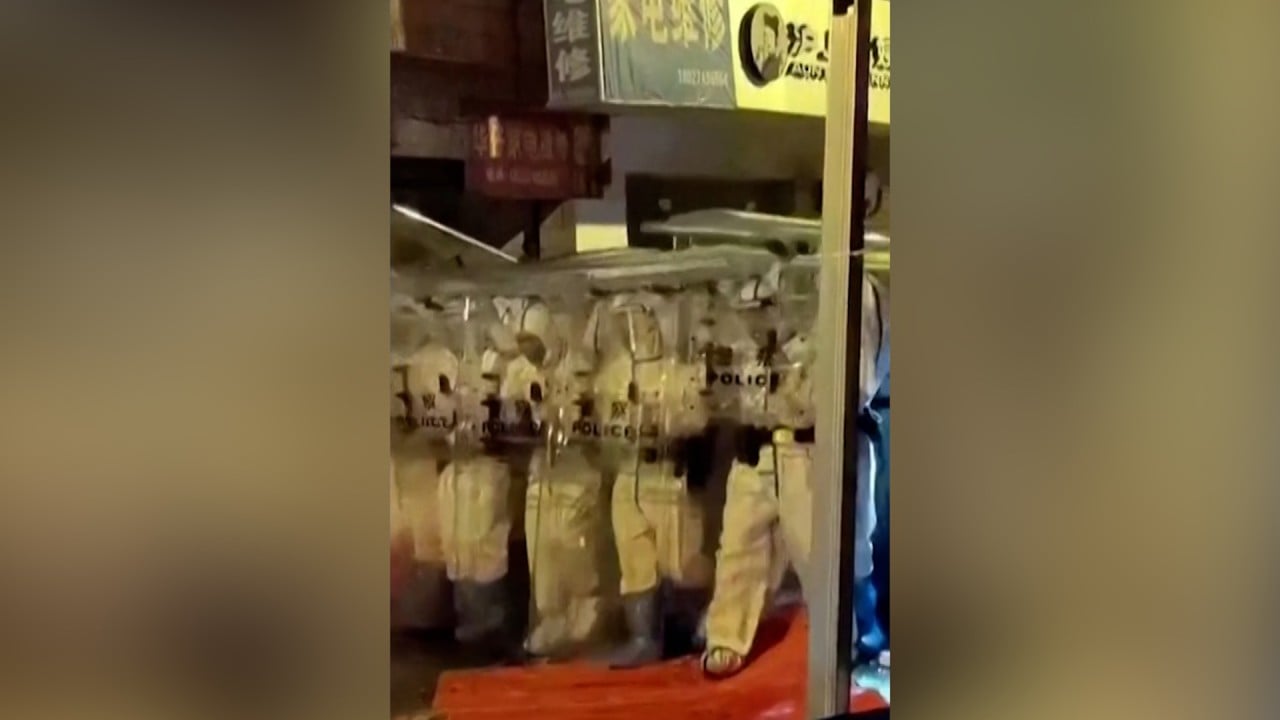 BioNTech filed for a Chinese licence for its mRNA vaccines last year, but it has yet to be granted.