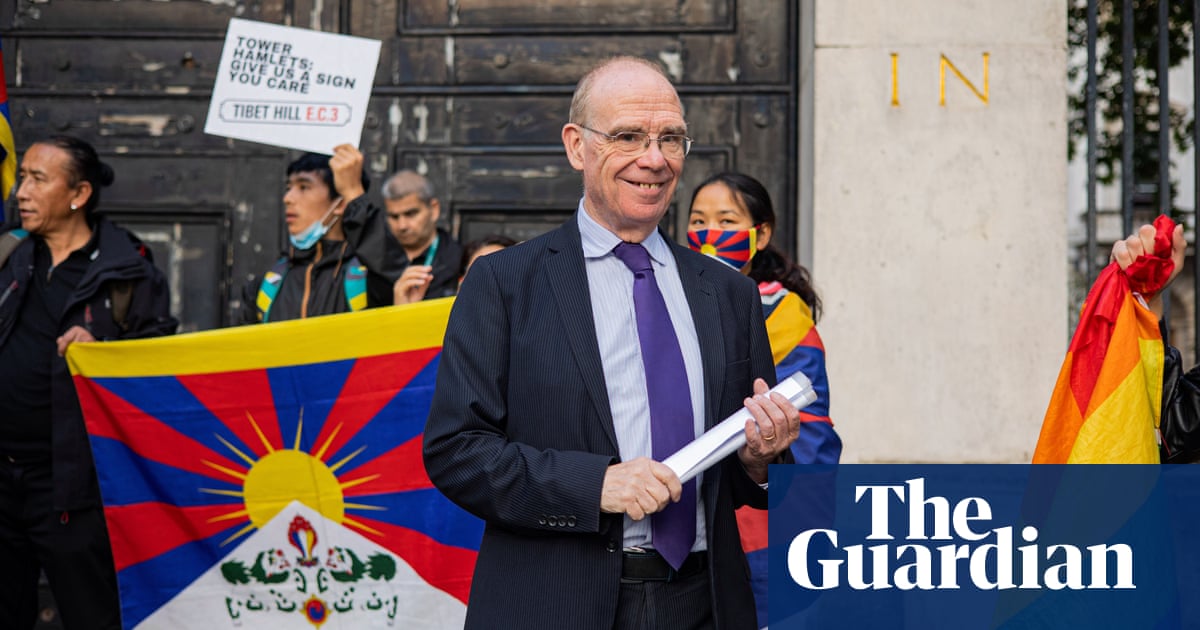 London councillors have rejected plans for a new Chinese embassy, which would have been the largest diplomatic base in the UK, after residents and advocacy groups raised safety concerns.

In a tense meeting, the Tower Hamlets council voted unanimously against the proposed development to move the current embassy to a 2-hectare (5-acre) site opposite the Tower of London. Local residents and advocacy groups, who feared being swept into protests, called the plans into question, saying they would endanger people’s lives.

Simon Cheng, the founder of Hongkongers in Britain and a Tower Hamlets resident, said he was happy with the outcome. He raised concerns about surveillance and said at Thursday’s meeting that the plans put the lives of those who fled Beijing’s crackdown at risk.

“I think the Hongkonger community, and many others – Uyghur Muslims, Tibetans, and even our Chinese community – will be happy about this,” said Cheng after the vote. “We definitely don’t want to see the authoritarian state with upgraded facilities and to impose a greater national security reach to the community who should be with the democracy and freedom.”

Diplomatic tensions between the UK and China have already flared after a pro-democracy protester was beaten on the grounds of a Chinese consulate in Manchester in October. This week the prime minister, Rishi Sunak, said the “golden era” of relations between the two countries was over. Meanwhile, anti-lockdown protests have spread across China and the BBC said police assaulted and detained one of its reporters who was covering them.

Earlier this week, the UK government confirmed that the levelling up secretary, Michael Gove, had received a request for the embassy planning application to be “called in” and it was under consideration. The secretary of state has a six-week period to act, after which an inquiry could follow.

Speaking in the House of Lords before the council vote, Lord Alton said that after what took place in Manchester, and what happens in China, families were scared and angry and had been ignored.

“The deal led to 200 British citizens having the freehold of their homes sold to the Chinese state, over their heads,” said Alton who raised the questions to the secretary of state, including who brokered the deal.

The site, which falls within the Tower of London conservation area, has four office buildings and one residential block. It was vacated by the Royal Mint in 1976 and was later sold by the crown estate in the late 1980s. In 2010, it was acquired by Delancey until its purchase by the Chinese government in 2018.

The proposed plans included the partial demolition and restoration of Grade II-listed buildings, a cultural exchange building, and an additional £223,853 for CCTV coverage around the site.

The Tower Hamlets local council received 51 objection letters from residents, according to the planning application. Councillors raised additional concerns about tourist safety, policing measures and the site’s historical significance, as it is home to a Black Death burial grounds and archaeology from the Royal Navy’s first yard in the late 16th century.

Objecting to the application on Thursday, residents expressed concerns about being swept up in potential protests, security concerns, and not being adequately consulted.

Sue Hughes, a resident and the chair of Friends of St Katharine Docks, was present at the previous consultation for the site 10 years ago. Hughes, citing security issues, called on councillors to reject the application so that it could be called in by the secretary of state and independently investigated.

“That person we believe would be better suited to deal with the very complex security, heritage and political issues that the application raises,” said Hughes. “This site is just not suitable for the use as an embassy.”