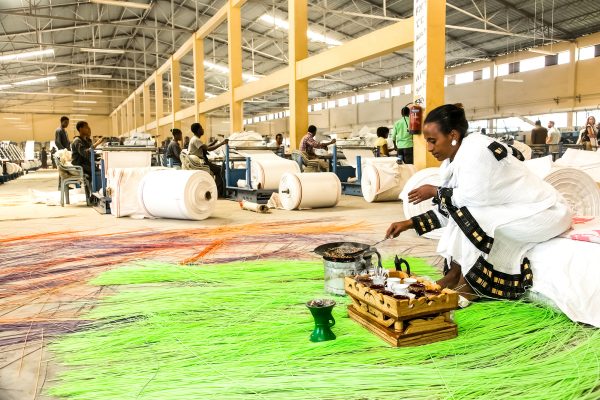 Since 2019, Belt and Road Initiative (BRI) investments by China have markedly declined. According to Boston University’s Global Development Policy Center, China’s overseas development finance in 2019 amounted to $3.9 billion dollars, far from the peak of investments in 2017 at $75 billion. Many have declared this drop to be the end of the BRI, as conflicts in implementing projects have accumulated, tensions with the West continue to rise, and the internal economic situation in China continues to deteriorate. However, the death of the BRI has been greatly exaggerated. Even in the current moment of deglobalizing trade and accelerating decoupling between China and the West, the BRI has a role to play in the shifting of global supply chains.

The BRI, or the variety of infrastructural projects organized within the BRI framework, has not fallen from the political imaginaries of policymakers in China and particularly not in receiving countries. The main reason that the BRI remains a salient feature of political debate even as investments dry up is that – ironically – many projects within the BRI are the precondition for a successful decoupling from China. Without closing the infrastructure gap in low-income and middle-income countries, decoupling from the Chinese industrial engine becomes an impossibility. Therefore, as trade tensions between China and the United States continued to rise from 2017 onwards, developing countries were generally still eager to continue to develop their trade infrastructure to attract investments moving away from China. For example, Vietnam, Thailand, and the rest of Southeast Asia are capitalizing on BRI infrastructure in order to attract foreign investors fleeing geopolitical risks.

Similarly, Chinese enterprises, whose competitiveness is reduced by increased tariffs and increasing wages at home, also benefit directly from improved infrastructure abroad provided with Chinese financing. Rather than decoupling, what is happening is the expansion of the Chinese supply chain abroad. For example, Ethiopia, an industrializing country that until recently was touted as the new hub for garment and apparel manufacturing, relied heavily on Chinese infrastructure projects in order to attract foreign direct investment into their newly built industrial parks. These industrial parks have been in turn populated primarily by Chinese fashion and apparel firms that were priced out of producing in China; these Chinese companies then export their Ethiopian-made goods to Europe and the United States.

Politically, this raises questions about the effectiveness of “near-shoring” or “friend-shoring” as a supply chain strategy. In the end, consumers still purchase a Chinese designed and manufactured product, even though the tag says, “Made in Ethiopia.” Thus the BRI not only is conducive to increased trade and relations with China, but also has been a factor in increasing connections between low-income countries and Western end markets.


As tensions continue to rise however, Chinese investors and firms are being closed out of more economic sectors abroad, as demonstrated by current tensions regarding the sale of a stake in the German port of Hamburg to COSCO shipping or the escalation of the chip wars by the United States. These events may further shift BRI policy into a direct confrontational approach. This could further accelerate deglobalization and negatively affect low-income and middle-income countries, who need large consumer end-markets for their exports to grow. BRI recipient countries do not benefit from having to choose sides but benefit from strategic ambiguity in a bipolar global order.

Until now, I would argue that China has not weaponized the BRI, even if it has been accused of doing so. However, as we approach the 10th anniversary of the BRI and tensions continues to rise, real risks of a weaponization of BRI infrastructure can materialize, to the detriment of low-income countries, Chinese firms, consumers in end markets, and the global economy.