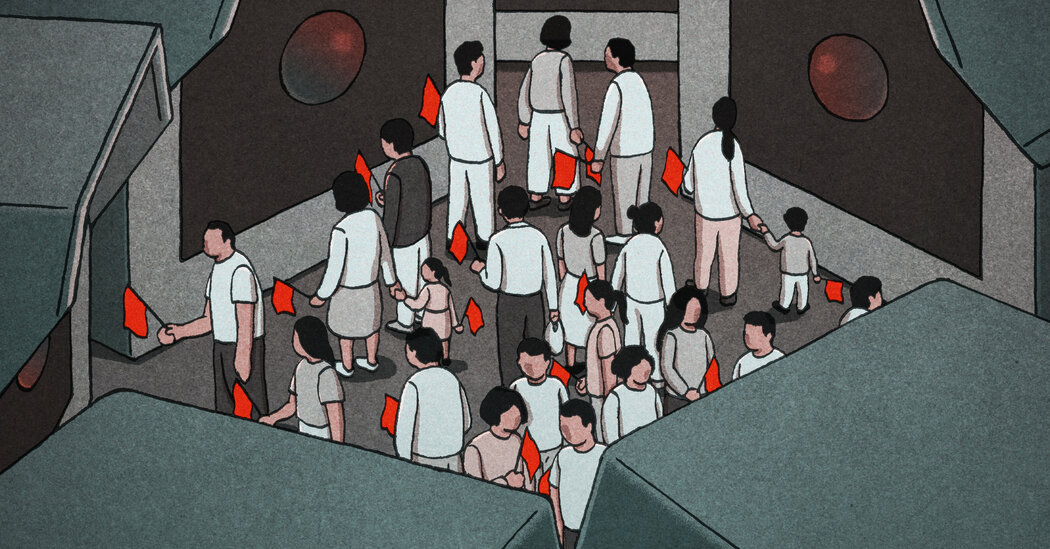 When I ran afoul of authorities in 2011 after criticizing the government, the police threatened me with an “ugly death” and said they would tell all of China about the absurd allegations they leveled, like tax evasion, to discredit me. I asked if China’s people would believe their lies. Ninety percent will, an officer told me. In China, where all “truth” comes from the party, he may have been right. Three years later, at an art exhibition in Shanghai, pressure from local government officials led to the abrupt removal of my name from a list of exhibitors. Not one of the Chinese artists whose work was on display, many of whom knew me well, came forward to defend me.

Things have only worsened in the past decade. Authorities have smothered remaining traces of independent thought, decimated Chinese civil society and cast a chill over academia, media, culture and business.

To be fair, individual thought and expression are constrained in Western democracies, too. Political correctness forces people to hold in what they truly believe and parrot empty slogans to superficially comply with prevailing narratives. And Western engagement with China has been driven by the pursuit of profit rather than values. Western leaders criticize Communist Party violations of human rights, free speech and spiritual freedom, but long have continued to do business with Beijing. U.S. hypocrisy about independent thought is evident in its approach to the WikiLeaks founder Julian Assange, who stands for freedom of information but whom the U.S. government is prosecuting.

Millions of Chinese take pride in modern China’s growing wealth and power. But this feeling of well-being is a mirage conjured by superficial material gain, constant propaganda about the decline of the West and suppression of intellectual freedom. China is in fact decaying morally under the influence of the party. In 2011, a 2-year-old girl was run over by two vehicles in southern China and left bleeding in a street. Eighteen people passed by without doing anything, some even swerving aside to avoid her. Don’t think, don’t get involved, just keep walking. The girl later died.

Freedom relies on courage and sustained risk-taking. But a vast majority of China’s people feel that resistance, even at the philosophical level, is impossible, and that personal survival depends on compliance. They are reduced to an anxious servility, lining up like sheep in long lines for their coronavirus tests, or scrambling for food before sudden lockdowns.

Freedom and individuality can never be completely suppressed. And no country, no matter how strong it appears, can truly prosper without diversity of opinion. But there is no hope for fundamental change in my country while the Communist Party is in power.