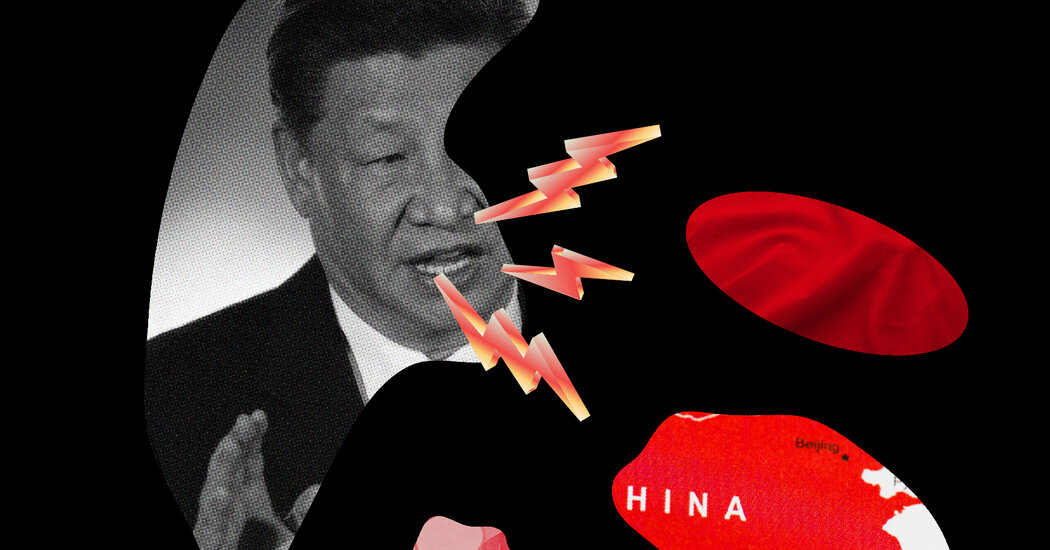 The Covid policy has angered citizens and saddled local governments with the huge costs of constant testing and quarantining. Private companies stricken by the disruption and regulatory crackdowns are laying off employees, and college graduates are struggling to find jobs. For the first time in years, unemployment has become a serious political risk for the party, and a tanking Chinese real estate market threatens to pull down the entire economy.

On foreign policy, Mr. Xi abandoned decades of Chinese restraint in favor of a muscular approach designed to restore China’s historical status as a leading power but which is harming its standing in the world.

China has militarized disputed islets in the South China Sea, threatened military action against Taiwan, picked a border fight with India and cut off many imports from Australia after that country’s government called for an international investigation into the origins of the pandemic. Mr. Xi destroyed Hong Kong’s autonomy and has deepened China’s isolation from Europe and the United States by aligning with President Vladimir Putin of Russia just before Mr. Putin launched his brutal invasion of Ukraine.

Countries that could have been Beijing’s valued partners have joined ranks against China in coalitions like the Quad, which groups together the United States, Japan, Australia and India. The United States and some European countries, whose trade and investment inflows were crucial to China’s re-emergence as an economic power, are now apparently less willing to do business. As Germany’s economy minister, Robert Habeck, said of Chinese protectionism and pressure to ignore its human rights abuses, his country would no longer “allow ourselves to be blackmailed.”

The greatest risk now facing China and the world is that the consequences of Mr. Xi’s misrule could lead to a point where he feels compelled to provoke a foreign conflict to divert domestic public attention. Mr. Xi’s continued reluctance to share power also could increase the risk of an internecine split in his third term. The level of dissent within the secretive Communist Party is difficult to gauge, but possible signs of frustration have emerged.

It’s anyone’s guess how much longer Mr. Xi’s rule will last, but there appears no end in sight. The party normally selects a successor five years in advance to groom and introduce him to the Chinese public. But everyone is in the shadow cast by Mr. Xi, who has so far given no hint who his eventual successor might be.

Next week’s congress will be closely watched for clues that other leaders might be allowed to take on more power and responsibility. But that seems unlikely. Mr. Xi is almost certain to stay in character, packing the top leadership with his loyalists. And the more concentrated his power, the greater the hazards for China and the world.