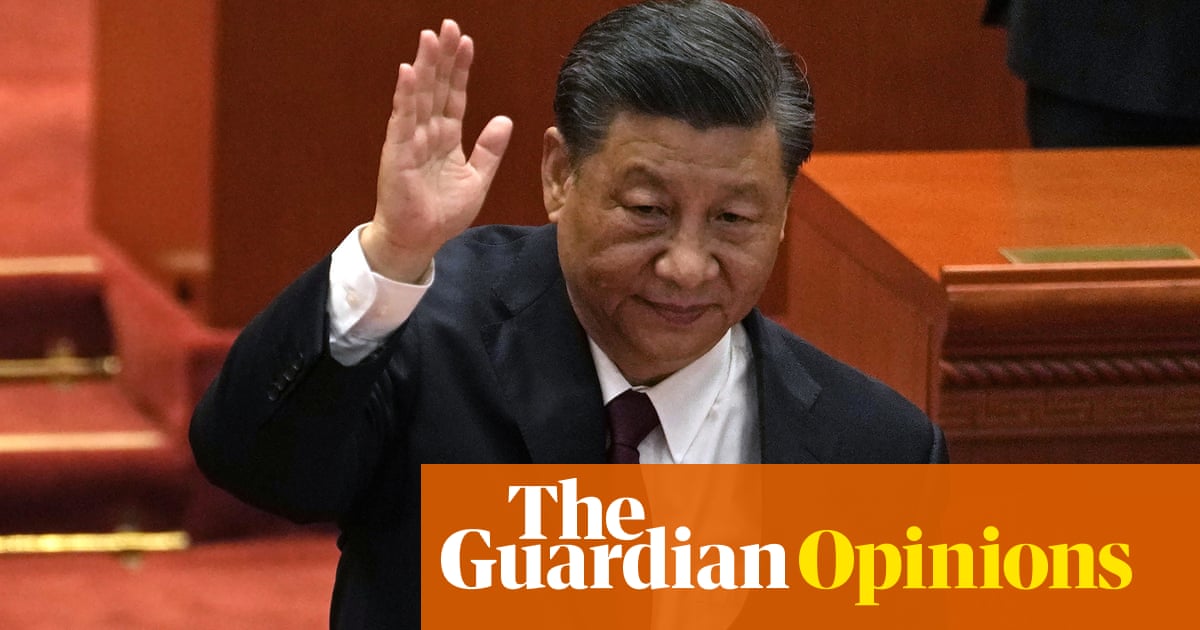 “Food, not PCR tests … Reform, not the Cultural Revolution … We want to be citizens, not slaves.” And alongside that, most astonishingly, a call to overthrow Xi Jinping. The man who dared to unveil those demands on banners hung from a bridge in Beijing will pay dearly. Protests are still rarer and more harshly treated since Mr Xi took over; this was even more remarkable in the heavily policed period before the national party congress begins on Sunday. When China’s leader took power 10 years ago, people assumed he would depart at this meeting – his two predecessors left after two five-year terms. Instead, it will begin his third stint and entrench his status as the country’s most powerful figure since Mao Zedong.

In the wake of Maoism’s disasters, the elite’s survivors, including Mr Xi’s own father, collectivised and semi-institutionalised politics to prevent another strongman wreaking havoc. But under the last leader, Hu Jintao, China’s problems – from grotesque corruption and gross inequality to soaring protests and environmental destruction – grew increasingly obvious. So did the party’s inability to solve them. That, and the Arab spring, explains a turn to repression that preceded Mr Xi but which he intensified.

Party elders handed him power, but he seized more. His axing of presidential term limits in 2018 confirmed suspicions that he planned to rule indefinitely. The party congress matters because his real power flows not from being head of state but primarily from being general secretary of the Communist party, and also chairman of the central military commission. In China, the party and the gun remain supreme.

Few expect Mr Xi to anoint a successor at the congress (and only the brave or foolish might seek that honour). Instead, it will signal his latest concentration of authority, perhaps by adopting the title of chairman, which was once Mao’s. His sweeping anti-corruption campaign has seen off potential rivals. While eradicating opposition within the party, he has simultaneously extended its reach and tightened its grip. Its control has reached its brutal apotheosis in the treatment of Uyghurs in Xinjiang. Hong Kong’s freedoms have been crushed. His tough rhetoric on Taiwan has increased domestic expectations that action may follow.

Many approve of his nationalist, ideological leadership, albeit thanks in significant part to the propaganda lauding his “landmark accomplishments” and understanding of the people, and to ever-increasing censorship. The protest demonstrated that others, high and low, do not. On social media, responses to the protest such as “courageous” were swiftly censored. Activists, scholars and lawyers have been silenced or have left their homeland.

But China’s growing problems cannot be quashed as critics can. Underlying economic problems have broken through and will be worsened by the country’s demographic timebomb, as well as increased state control and the increasingly unsustainable zero-Covid strategy. US export controls on semiconductors are already taking effect. The growing hostility from Washington, the west and other parts of the world is largely, though certainly not solely, due to China’s increasing belligerence.

These challenges are too vast and complex to be solved by one person. Even the best ruler cannot govern well if surrounded by yes men too scared to tell the truth. For the foreseeable future, this is Mr Xi’s party and his country; but 1.4 billion people must live in it – and the rest of us must live with it.