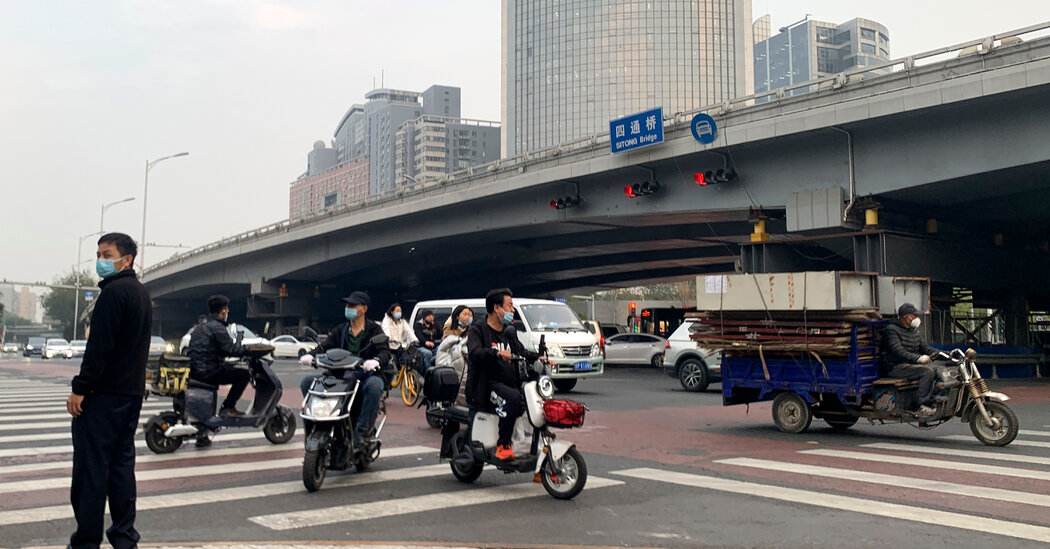 China’s internet censors are going to great lengths to shut down any discussion of a rare public protest condemning Xi Jinping as a “despotic traitor” and denouncing the country’s Covid-19 policies just days before the start of an all-important Communist Party congress.

When a column of smoke appeared on Thursday over the Sitong Bridge overpass in the Haidian district of Beijing, it drew attention to a protester who had hung banners openly bashing China’s top leader by name and criticizing the country’s “zero Covid” policy, including one calling for “freedom and not lockdowns.”

The public act of defiance attracted huge attention on social media, with users sharing videos and photos of the protest. The posts were also quickly removed, but it set off a digital cat-and-mouse game, with some users indirectly alluding to the events in coded messages before the censors could catch on.

Chinese censors have restricted searches about the episode on Weibo, China’s equivalent of Twitter, blocking certain hashtags, including “Beijing,” “Sitong Bridge” and “Haidian.” Other seemingly related terms that appeared to be blocked from searches on the social media platform were “courage,” “Beijing banner” and “warrior.”

China is already on high alert ahead of the party congress, which occurs every five years and starts on Sunday. At the meeting, Mr. Xi is expected to coast to a third term as leader.

Eight marked police cars were parked under and around the bridge on Friday, and crowds of plainclothes officers in black sweatpants stood watch on the street corners.

When reporters began taking photos of the bridge, four plainclothes officers immediately ran over and ordered them to delete the photos. They said taking photos there was prohibited because of “special circumstances.”

The censoring also extended beyond search terms on social media with a connection to the incident.

Some WeChat users said their accounts were frozen after they shared images of the bridge or sent text messages about the episode. This prompted some people to flood to the customer service community page of Tencent, WeChat’s parent company, on Weibo, begging that their accounts be returned. One desperate user wrote about feeling “deeply ashamed” and expressed regret about comments written about the incident in a message group with six people.

The Tencent customer service community page on Weibo has been removed.

In addition, a song called “Sitong Bridge,” a soft-rock tune by the band Mr. Graceless was removed from Chinese music apps. It also appeared to be removed from Apple Music for Chinese users.

On the comments section in some Chinese music apps of another song, “Warrior of the Darkness” by Eason Chan, a Hong Kong singer, some people posted remarks paying tribute to the protester. Those comments were removed.