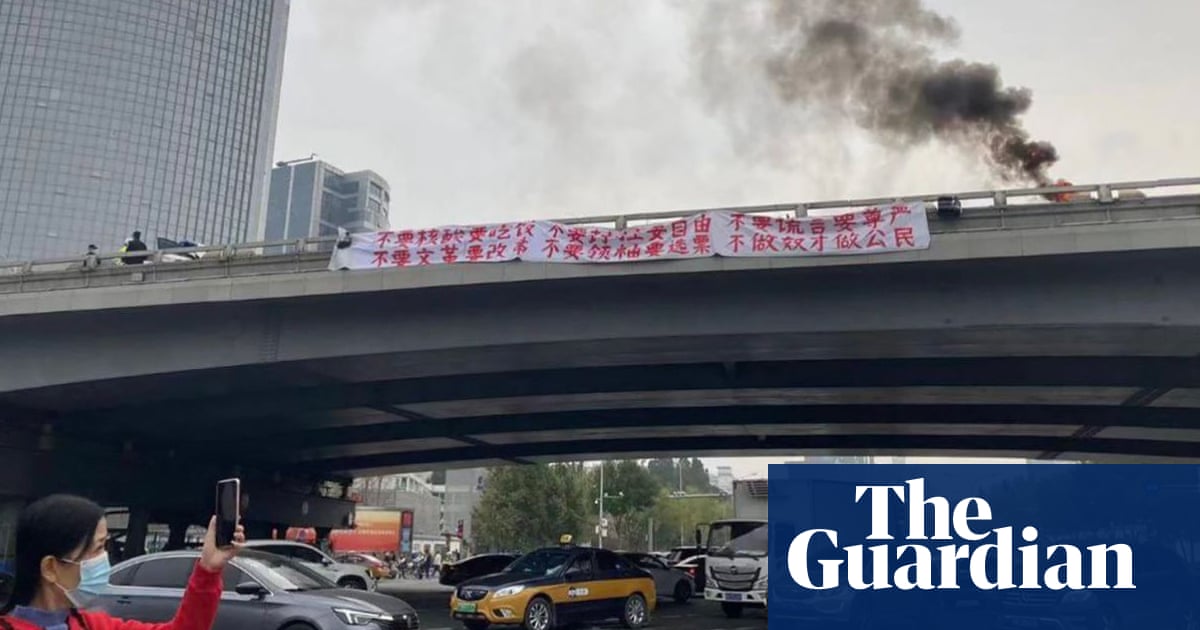 Chinese authorities have censored discussion of a rare protest in Beijing in which large banners were unfurled on a flyover on Thursday calling for boycotts and the removal of Xi Jinping, just days before the Communist party congress, China’s most important event of its five-year political cycle. ‘We want food, not PCR tests. We want freedom, not lockdowns. We want respect, not lies. We want reform, not a cultural revolution. We want a vote, not a leader. We want to be citizens, not slaves,’ said one banner, while a second called for a boycott of schools, strikes and the removal of President Xi