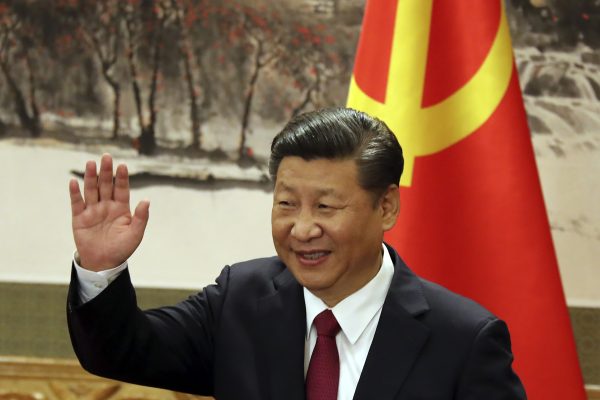 I previously explored an upside case for the Chinese Communist Party (CCP)’s 20th National Congress, due to begin on October 16. In that scenario, Xi Jinping would win a third term as general secretary, but he would preside over a Politburo Standing Committee (PSC) weighted toward pro-market reformers, who could potentially drive a shift in economic policy.

That projection was based on recent age and term limits for the CCP elite being largely upheld. By contrast, a downside case would see those norms scrapped. As I explore in this second piece, such an outcome would be a major regression for China’s political institutions. It could also augment Xi’s power to extreme levels, thereby increasing the likelihood of policy missteps.

How Could Norms Be Abandoned?

Rather than simply be reappointed as general secretary, Xi (currently aged 69) could abolish the post and restore the superior office of party chairman. Mostly remembered for Mao Zedong, the CCP chairmanship has been dormant since 1982. Its restoration would give Xi a status rivalling Mao and further elevate him above other PSC members.


But to make Xi’s continuation into old age seem less personalistic, Han Zheng (68) and Li Zhanshu (72) could also stay on the PSC. In this scenario, the party would deny the existence of a “seven up, eight down” rule, whereby those aged 68 or older should retire from China’s top governing bodies.

In another break with convention, two 67-year-old PSC incumbents could retire early; long-time party theorist Wang Huning and outgoing premier Li Keqiang may both have grown too influential for Xi’s liking. But Zhao Leji (65) and Wang Yang (67) likely pose less of a concern, and their maintaining PSC seats would bring Xi valuable continuity at a time of significant policy challenges.

As a further sign of Xi’s outsized power, he might prevent a PSC seat being given to Hu Chunhua (59), the rising star of the Tuanpai or Youth League faction. Instead, Xi would elevate more of his own people, allies like Li Qiang (63) and Huang Kunming (65).

Finally, to ensure his clique’s future dominance, Xi could increase the number of PSC seats from seven to nine (as it was between 2002 and 2012). This would provide spots for Chen Min’er (62) and Ding Xuexiang (60), whose relative youth would offset the PSC’s oldtimers. But given the abandonment of age limits, it would be unclear if either of them might one day succeed Xi.

Unlike the party’s informal age limits, the rules for appointing China’s premier cannot be so easily circumvented. This would prevent Xi from fast-tracking an ally like Li Qiang; he lacks the required vice premier-level experience that Wang Yang and Han Zheng both possess. Of those two, Xi likely prefers a fairly neutral figure like Han over another Tuanpai rival in Wang.

But Wang and Zhao would take over the next two highest offices as chairmen of the National People’s Congress (NPC) and the Chinese People’s Political Consultative Conference (CPPCC). Of the remaining state roles to be filled in March 2023, Li Qiang could become executive vice premier, and Li Zhanshu state vice president (the first to sit on the PSC since Xi between 2007 and 2012).

Among the party roles, Chen seems a plausible choice to take over Zhao’s anti-corruption portfolio at the Central Commission for Discipline Inspection (CCDI). Ding could succeed Wang at the helm of the CCP secretariat, which manages the party’s routine business. And Huang would inherit Wang’s chair of the Central Steering Committee for Spiritual Civilization (CSCSC), which oversees propaganda work.

Finally, to complete his domination of China’s highest governing body, Xi might have his key ally He Lifeng attend PSC meetings in a non-voting capacity. At a time of growing economic stress, He could play an important role as vice premier for the economy, succeeding Liu He on the Politburo.

What Would this Mean for Politics and Policy Direction?

In this scenario, Xi Jinping’s allies would dominate the PSC, with the Tuanpai reduced to Wang Yang’s solitary seat. This setup would bring Xi extraordinary levels of control and amount to a worst-case scenario for China’s long-term political stability. Retirement norms are essentially the only mechanism for regulating PSC turnover, and their abandonment risks a return to Mao-era gerontocracy.

This institutional regression would also have worrying implications for policy direction. Surrounded by a coalition of weak and loyal officials, Chairman Xi would face minimal resistance to persisting with “zero COVID” or escalating corporate crackdowns. He would become trapped in an authoritarian feedback loop, increasingly unaware of the damage wrought by his own policies.

The consequences of this return to one-man rule would ultimately damage Xi’s legacy and weaken the party that he has spent a decade strengthening. Thankfully, that prospect should make this scenario an unlikely outcome at the 20th Party Congress.

A more likely result is that Xi Jinping’s power will indeed grow yet still be checked by institutional norms and factional dynamics. Because, contrary to what some commentators think, Xi is not the second coming of Mao.