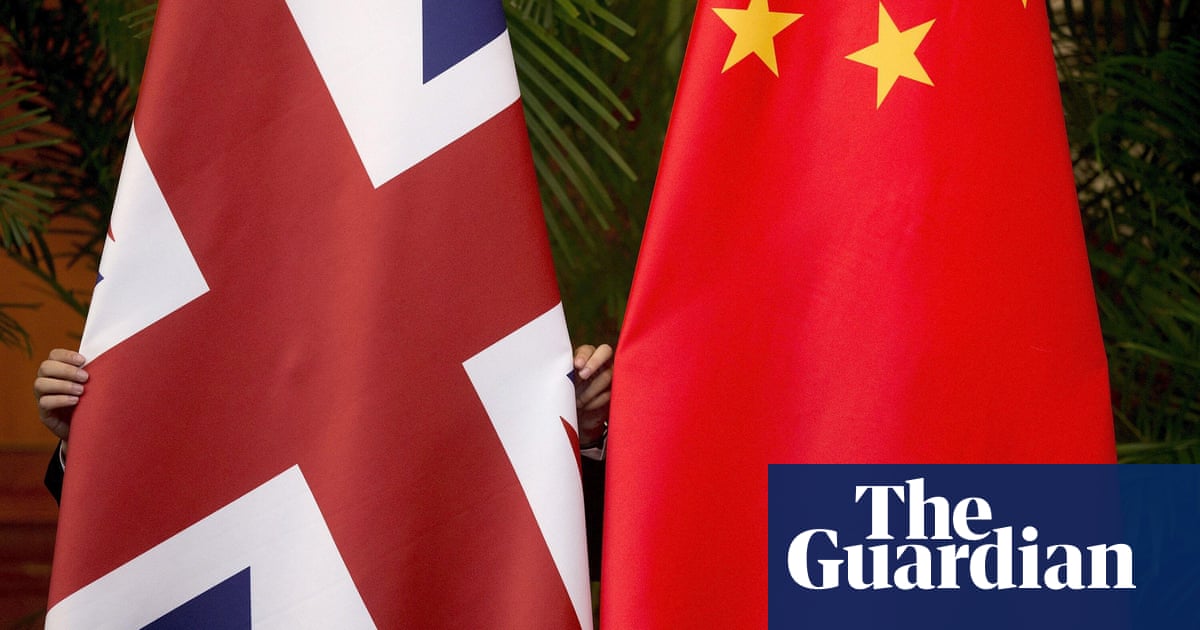 China is to be formally designated a “threat” to Britain in a hasty rewrite of Boris Johnson’s defence and foreign policy that is being brought forward to end confusion among ministers about how to deal with Beijing.

Under Johnson, China had been categorised as a “systemic competitor” but the new prime minister, Liz Truss, wants to take a more hawkish stance quickly, as she seeks to shore up support for her faltering premiership on her backbenches.

The redesignation will bring the UK’s official position towards China close to its stance on Russia, currently classed as “the most acute threat” facing the UK. But it is almost certain to provoke a hostile reaction from Beijing.

It had been intended to complete the policy rewrite at the end of the year, but sources said a special China strategy review was now being brought forward after the Department for Education was forced into a climbdown by No 10 over the weekend after expressing support for China’s Confucius Institutes. One insider said the change could come “within days”.

Influential Conservative backbenchers on Tuesday night welcomed the anticipated move. Iain Duncan Smith, who is campaigning to be chair of the foreign affairs select committee, said a hardening of the UK’s China policy was long overdue.

“It is time we stopped messing around and recognised that China poses a threat to the way we live our lives, and it is time now to treat them in the same way we treat Russia,” the former party leader said.

The DfE had issued a statement expressing support for China’s 30 Confucius Institutes, which promote the teaching of Chinese language and culture in the UK – only for Downing St to demand it made a firmer response.

The revised statement said the “UK government is committed to doing more to adapt to China’s growing impact” and encouraged anybody with concerns about any of the Confucius Institute’s activities to report them.

A report by the Henry Jackson Society thinktank had concluded most of the institutes were engaged in activities beyond their formal remit, including political lobbying and expanding China’s reach into advanced manufacturing.

Truss has adopted a hawkish stance on China for some time – at one point leading opposition within the cabinet to TikTok moving its global headquarters to London – but her predecessor in Downing St was insistent on a more nuanced approach.

In a private meeting Johnson once described himself as “fervently Sinophile”, a position out of kilter with many on the Conservative benches, who have been lobbying for a tougher approach for the fast few years.

Britain’s stance towards China has swung dramatically in less than a decade, from the “golden era” proclaimed by David Cameron in 2015, the year in which its president, Xi Jinping, was granted a state visit to the UK. Beijing signalled it was keen to invest in strategic industries in Britain, such as nuclear power.

But as Xi adopted a more authoritarian tone at home, concern among Conservatives grew, fuelled further by the desire of both the Trump and Biden administrations in the US to strike a more assertive approach in their dealings with Beijing.

Pressure from the US and Conservative MPs had forced Johnson into a U-turn over Chinese telecoms equipment supplier Huawei in July 2020 over 5G. Huawei kit was banned from UK networks from 2027, although it was accompanied by a warning that this would delay 5G rollout by three years and cost an extra £7bn.

The previous definition of China was contained in the Integrated Review of defence and foreign policy published in March 2021, which sought to balance concerns about China’s authoritarian government with the need to collaborate on economic and climate issues.

It was intended to set the tone for Britain’s global strategy for the next five years, but like many Johnson-era policies has been rapidly recast by Truss in her first weeks in government.

Downing Street said the prime minister had commissioned an update to the Integrated Review partly in response to an increasingly aggressive China. “As she has said, Russia remains the biggest threat to the UK but China represents the most serious long-term threat to our values and way of life,” a spokesperson added.

Earlier on Tuesday Jeremy Fleming, the head of spy agency GCHQ, said Beijing’s efforts to exploit control and surveillance capabilities in emerging technologies such as satellite location systems and digital currencies represents “a threat to us all”.