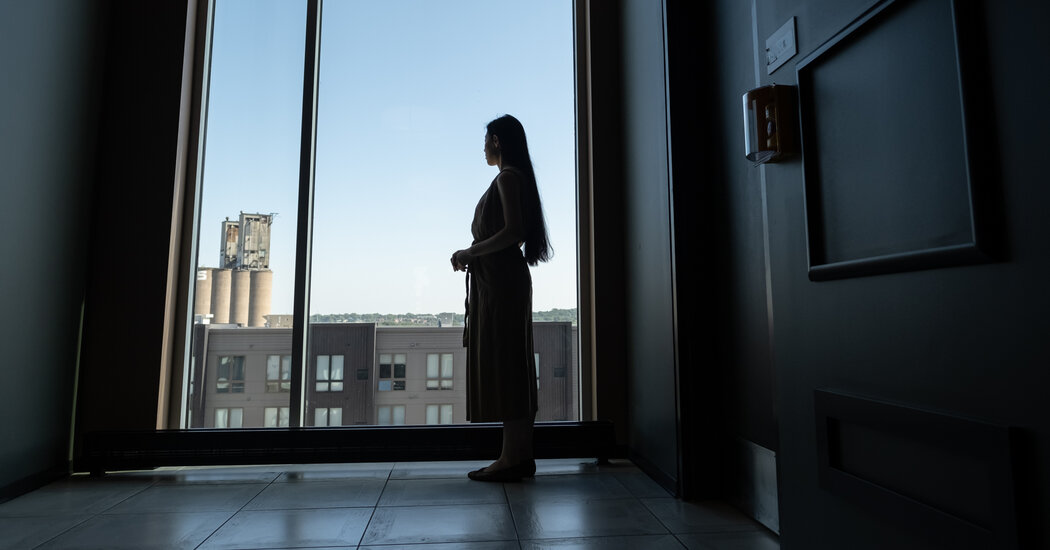 The Chinese billionaire entrepreneur Richard Liu has reached a settlement with Liu Jingyao, a former University of Minnesota student who accused him of rape in a Minneapolis apartment after a night out in 2018, in a case that has riveted China and been held up as a landmark episode in China’s struggling #MeToo movement.

The agreement, which was announced in a joint statement late Saturday, came just two days before a civil trial was to begin in a Minneapolis courtroom. Lawyers from both parties said Mr. Liu and Ms. Liu, who are not related, had agreed to “set aside their differences” in order to avoid further pain and suffering. The amount of the settlement was not disclosed.

“The incident between Ms. Jingyao Liu and Mr. Richard Liu in Minnesota in 2018 resulted in a misunderstanding that has consumed substantial public attention and brought profound suffering to the parties and their families,” the joint statement read.

The settlement marks the end of a prolonged legal battle for Ms. Liu, who was a 21-year-old undergraduate student at the time of the alleged assault. After her accusations against Mr. Liu first surfaced in 2018, she quickly became one of the most public — and divisive — faces of China’s nascent #MeToo movement.

“I’m okay,” she said in a text message on Sunday. “I didn’t make it to the end but that was all I could do.”

Ms. Liu declined to comment further, adding only that she hoped to rest and focus on her studies. She is currently in a graduate program at the Washington University in St. Louis.

After the settlement announcement, the Chinese social media platform Weibo erupted. Within hours, a hashtag related to the news had garnered 34 million views.

Chinese feminists touted the settlement as a qualified victory for the country’s beleaguered #MeToo movement. In China, the legal system offers little recourse for female victims, and rape is rarely discussed. Sexual harassment allegations are tamped down by cultural mores and government censors.

Within that environment, Ms. Liu’s accusations were explosive. While Ms. Liu faced an onslaught of criticism from Chinese internet users, her accusations against Mr. Liu, who is known in China by the name Liu Qiangdong, also set off a broader debate in China about rape culture, consent and workplace drinking practices.

“One of the most important things that emerged from Jingyao’s case is that it has been discussed widely by the public. I think that’s been hugely important for Chinese women and Chinese society more broadly,” said Lü Pin, a Chinese feminist activist based in New York. “It exposed the role of wealth and power in cases of sexual assault and exposed the sexual violence embedded in Chinese drinking culture.”

The settlement likely comes as welcome news for China’s ruling Communist Party. The party has been determined to control the narrative around #MeToo, as seen last year, when the tennis star Peng Shuai briefly disappeared from the public eye after publishing a social media post in which she accused a former vice premier of China of pressuring her into sex. That post was swiftly deleted, and online conversations about Ms. Peng and her allegations were censored.

Since Mr. Liu is a private-sector executive, the party likely sees the allegations against him as less threatening. Indeed, online conversations appear to have been less subject to official censorship. Many critics on the Chinese internet on Sunday rushed to rehash an unsubstantiated claim about Ms. Liu’s motivations: that she had pursued legal actions for money. Others painted her as a seductress who had successfully reeled in a catch.

But the trial had also been expected to reveal more information about the private dealings of China’s political and business elite — details that the party would almost certainly prefer to keep hidden, especially ahead of an important political meeting that opens on Oct. 16, during which Xi Jinping, the country’s top leader, is expected to secure a third term in power.

Ms. Liu had just transferred to the University of Minnesota’s Carlson School of Management in the summer of 2018 when she was recruited by a professor as a volunteer for a weeklong business executive program. Near the end of the program, she said in court filings, one of the Chinese executives invited her to what she thought was a dinner to thank the volunteers.

At the dinner, she said in court documents, Ms. Liu was seated at a table with 15 middle-aged men and instructed to sit beside Mr. Liu. It is common at Chinese business dinners for young women to be placed next to important middle-aged men to entertain them. Over the course of the more than two-hour dinner, Ms. Liu said in the filings, she was repeatedly pressured to drink.

After the dinner, Mr. Liu accompanied Ms. Liu back to her apartment and entered uninvited, she said in the filings. Following a “prolonged struggle” in the apartment, he raped her, she said.

Mr. Liu was arrested by the Minneapolis police and released within 24 hours. Mr. Liu has repeatedly denied the allegations, saying the sex was consensual. Prosecutors declined to press charges, citing insufficient evidence.

In April 2019, Ms. Liu filed a civil suit in a Minnesota court accusing Mr. Liu of rape. She sought more than $50,000 in damages, a standard amount that must be listed in Minnesota if a plaintiff intends to seek any larger amount. She was expected to ask a jury to award much more.

After filing the suit, Ms. Liu faced a torrent of disbelief and vitriol. A heavily edited social media video seeking to discredit the rape allegations purported to demonstrate how she had invited Mr. Liu up for sex. Numerous Chinese articles also supported the view that it was Ms. Liu who had escorted Mr. Liu into her home.

Ms. Liu said in 2019 that she had seldom left her apartment. Her psychiatrist diagnosed her with post-traumatic stress disorder.

“I always have a feeling that someone is watching me from outside,” she told The New York Times in 2019. “I want to be as inconspicuous as possible.”

The founder of JD.com, one of China’s flagship e-commerce companies, Richard Liu is a poster child of China’s market reforms and part of a generation of Chinese who became the country’s first billionaire class. With a current estimated net worth of about $12 billion, according to Bloomberg’s billionaire index, he is sometimes referred to as the Jeff Bezos of China. He is also known for his marriage to Zhang Zetian, an internet celebrity known as “Sister Milk Tea.”

In an online statement, Richard Liu apologized to his wife, emphasizing his gratitude: “I would like to especially thank my wife for her tolerance, support and company! Without her, I couldn’t have made it to this day.”

Although Mr. Liu did not admit any wrongdoing as part of the deal, some feminist activists hailed the settlement as a victory, interpreting it as an implicit admission of guilt.

“This seems to me like Richard Liu retracting his previous claim that the encounter was ‘consensual sex’ and therefore justified,” said Feng Yuan, the head of Equality, a Beijing-based feminist advocacy group. “With his resources, he could have easily continued to fight off the suit and prove his so-called ‘innocence.’”

In a post on her personal WeChat account, Zhou Xiaoxuan, who last year lost a landmark #MeToo case in a Chinese court last year, lauded Ms. Liu for her “dedication” and “persistence.”

Many vowed to continue their feminist advocacy. On Sunday, a small group of Ms. Liu’s supporters in the United States — mostly overseas Chinese students and young professionals — gathered outside the Hennepin County courthouse and held up posters expressing solidarity with Ms. Liu. In a sign of their dedication to the cause, around 50 of them had saved money and vacation days to travel to Minneapolis and take turns showing support for Ms. Liu in the courtroom, said Liang Xiaowen, a Chinese feminist activist and lawyer in New York.

“Jingyao could have settled this under the table a long time ago but she fought for four years so that it could be a public outcome,” Ms. Liang said. “We are all grateful for what she has done in helping raise awareness about rape myths, victim blaming culture and toxic drinking culture. And we still have a lot more to do.”