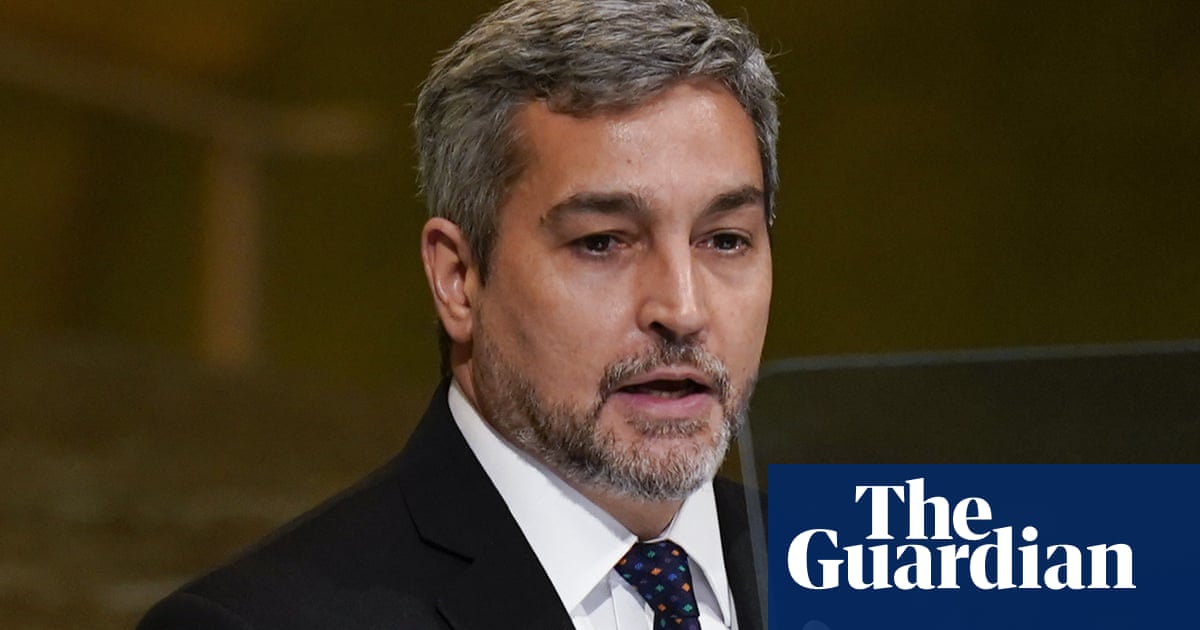 Paraguay, one of Taiwan’s few remaining formal allies, has asked the island’s government for $1bn (£930m) in investment to ensure it can resist pressure to switch its diplomatic ties to China.

In an interview with the Financial Times, Paraguay’s president, Mario Abdo Benítez, said his government was working with Taiwan’s to ensure Paraguayans felt “the real benefits of the strategic alliance”.

“There is Taiwanese investment of more than $6bn in countries which don’t have diplomatic relations with Taiwan, we want from that $1bn to be put in Paraguay,” he said. “That will help us to build the argument about the importance of this strategic alliance with Taiwan.”

China claims Taiwan as a province which it intends to one day annex. Taiwan’s government maintains it is a sovereign nation. While Taiwan has widespread global support in the face of China’s aggression, no country around the world can recognise both governments, and Paraguay is one of just 14 which has formal diplomatic ties with Taiwan instead of China. Most are concentrated in Latin America and the Pacific, but in recent years China has convinced several, including Solomon Islands, Panama, El Salvador, the Dominican Republic, and Nicaragua to switch ties, with promises of increased trade, loans, and investment.

Dr Mark Harrison, a senior lecturer in Chinese studies at the University of Tasmania, said Taiwan was always at risk of losing allies, and such comments were sometimes a signal of a debate about switching.

“However, following the developments in the Pacific over the last several years, there is a greater awareness in the US and elsewhere that switching recognition from Taipei to Beijing can be the first step to other security and economic links with China, so no doubt there will be diplomatic work under way from a number of countries to understand Asunción’s position on continuing relations with Taiwan.”

Paraguay has a GDP of about $39bn, of which 30% comes from agriculture. Abdo Benítez suggested Paraguay’s continued relationship with Taiwan over China had cost the country dearly. He told the Financial Times the lack of access to the Chinese market was upsetting Paraguay’s export producers. He also said it had a detrimental impact on Paraguay’s ability to obtain Covid-19 vaccines when they were largely only available from China.

According to the ministry spokeswoman, Joanne Ou, Arriola spoke to Taiwan’s ambassador to Paraguay to “clarify” that the relationship between the two countries was “based on common values and ideas” and there was no quid pro quo.

According to Ou, Arriola said that “what President Abdo emphasised in the exclusive interview is that Paraguay has excellent investment conditions and hopes that Taiwanese businessmen can enter the South American market by investing in Paraguay, which is of great significance to the establishment of a strategic partnership between Taiwan and Paraguay”.