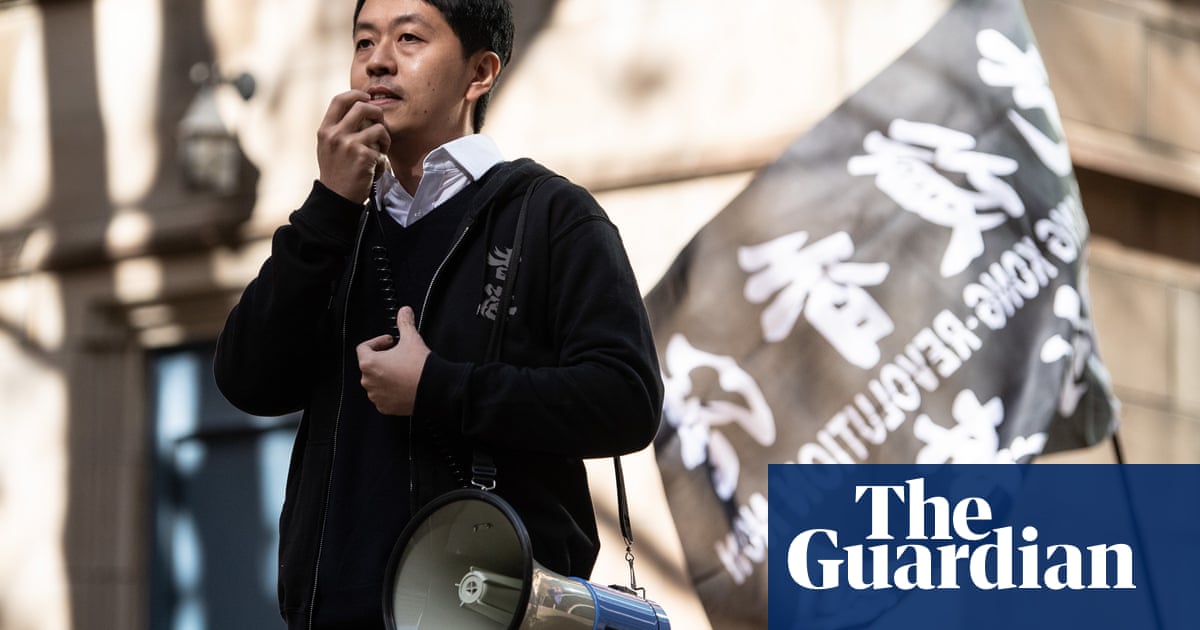 A Hong Kong court has sentenced pro-democracy figure in exile Ted Hui to three-and-a-half years in jail over charges related to the 2019 protest movement.

The ruling in Hong Kong’s high court on Thursday, reported by local media, is the first time someone has been sentenced in absentia over the protests.

Hui, a former legislator who fled to Australia via Europe in early 2021, was sentenced for contempt of court in cases related to his involvement in the protests, and alleged misconduct in the chamber of the legislature. In June he was convicted in absentia of breaching his bail conditions after prosecutors successfully argued he had abandoned the right to defend himself.

In a statement on Wednesday evening, Hui dared the judge, Andrew Chan, to deliver a sentence “the heavier the better”.

“Since I am in a free country, no matter how severely Judge Chan sentences me – 10 years or eight years in prison – it won’t harm my personal freedom or reputation, nor my international lobbying work,” he said.

“The only objective effect of the heavy code is to exacerbate the degeneration of the rule of law in Hong Kong, and let the world see how the Hong Kong courts are willing to cooperate with tyranny and persecute citizens who are fighting for democracy and freedom.”

Hui still faces multiple charges, including over a protest in July 2019, but has previously told the Guardian the charges were unfair and often based on fake testimony. He said the charges relating to contempt of the legislature for two incidents involving scuffles between politicians, and protests against pro-Beijing legislators, were “ridiculous”.

He has also been accused of “foreign collusion” under the national security law, over social media posts seeking international support for Hong Kong.

Hui is among a number of pro-democracy figures who have fled overseas as the government crackdown targets dissidents, politicians, journalists and protesters. Thousands have been charged over the protests, while hundreds of others detained or prosecuted under the national security law.

Introduced in 2020, the law has been widely criticised for its broad definitions in outlawing acts as crimes of sedition, secession, foreign collusion and terrorism.