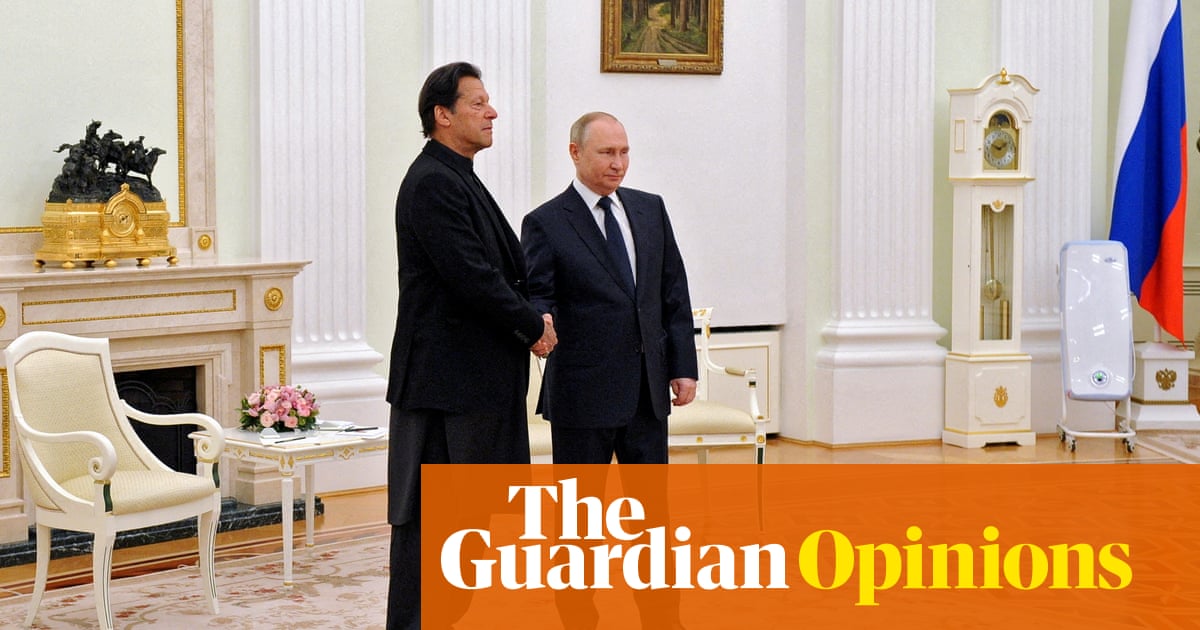 When Vladimir Putin recognised Donetsk and Luhansk as independent republics, days before his invasion of Ukraine, one of the most powerful denunciations came from Kenya’s envoy to the UN. Martin Kimani cited his country’s own history as he warned against irredentism and expansionism: “We must complete our recovery from the embers of dead empires in a way that does not plunge us back into new forms of domination and oppression,” he said.

On two general assembly resolutions – the first denouncing the invasion, the second blaming Russia for creating a humanitarian crisis – 140 or more nations have approved. Only four have voted with Russia to oppose them: a rogues’ gallery of Belarus, Eritrea, Syria and North Korea. Yet widespread condemnation, along with the west’s unexpected unity, should not be mistaken for Russian isolation. Having boasted of a relationship with “no limits”, and sharing a common interest in countering the global might of the US and Nato, China is now seeking to portray itself in a more nuanced light and avoid economic and political damage – but is not, in reality, distancing itself from Russia. Beijing is not alone. Few of the world’s most populous nations, and only a few leading players outside the west, have assailed Mr Putin.

Imran Khan, Pakistan’s prime minister, was in Moscow as the tanks rolled into Ukraine. India, which has a longstanding strategic relationship with Russia and high anxiety about its ties to both Pakistan and China, has discussed a “rouble-rupee” swap to help Moscow beat western sanctions. In Brazil, Jair Bolsonaro – courted by Mr Putin – even sees the war as a “good opportunity” to encroach on indigenous land in search of materials for fertiliser.

Russia’s influence in and dealings with the Middle East have expanded substantially since its decisive role in the Syrian war, leaving many countries hedging their bets, in the midst of a broader realignment of the region. Saudi Arabia’s crown prince, Mohammed bin Salman, recently refused to take Joe Biden’s call – a week after speaking to Vladimir Putin. The UAE said no to a call too. It voted against Russia at the UN general assembly, where votes are non-binding and largely symbolic, but abstained in a similar vote at the security council, which would have had more weight. South Africa initially called for the withdrawal of Russian troops, but then blamed Nato expansion for the war. Sixteen other African nations joined it in abstaining in the first general assembly vote thanks to growing economic ties, as well as a long-established position of non-alignment and the Soviet Union’s support for liberation movements.

The war has triggered, not caused, a dramatic new phase in the long-term reshaping of our world. Trumpism has done more than China’s growing might to accelerate perceptions of US decline. Selective compassion and double standards have increased suspicion and rancour. Another illegal war – Iraq – looms largest. But many also note the contrast between the welcome outpouring of concern for Ukrainian refugees in Europe and widespread indifference or hostility to those fleeing other wars. Russia’s use of cluster munitions is rightly condemned, but Mr Biden has yet to reverse his predecessor’s decision to axe a ban on their use. Kenya’s righteous criticism of Russia’s aggression came with a pointed addendum: a condemnation of “the trend in the last few decades of powerful states, including members of this security council, breaching international law with little regard”.

Mr Putin’s current position reflects not only his willingness to aid unsavoury regimes, and his malign interference around the world, but also the sins and failures of the US and the west. To address these is not a hopelessly idealistic endeavour, but one of necessary realism, if we are to forge the powerful alliances needed against cruel acts of aggression.