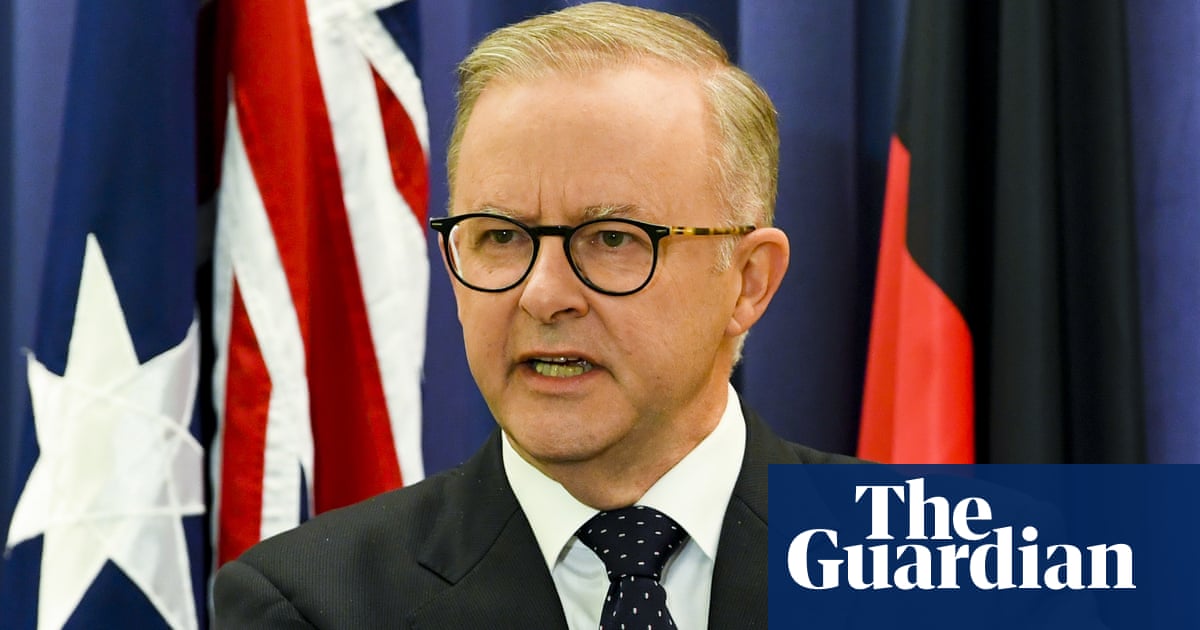 Australia has lost influence in the Pacific by failing to act on climate and cutting foreign aid, Anthony Albanese says, amid concerns about China’s proposed security deal with Solomon Islands.

Australia and New Zealand are worried the draft agreement could jeopardise regional stability, with China having the opportunity to base navy warships in the Pacific less than 2,000km off the Australian coast.

The prime minister of Solomon Islands, Manasseh Sogavare, is due to address parliament in Honiara on Tuesday about security cooperation with China.

But the leaking of the draft deal has prompted soul-searching about gaps in Australia’s Pacific step-up.

The Labor leader – whose party remains ahead of the Coalition in opinion polls with an election due in May – blamed several factors for Australia’s difficulties maintaining influence in the Pacific.

“It is about our level of aid, but it’s about much more than that as well,” Albanese said in Canberra.

“If you go to the Pacific, if you meet with leaders in the Pacific, the first thing they raise with you is not aid, it is climate change.”

Albanese – who has pledged to cut emissions by 43% by 2030 on 2005 levels, compared with the Coalition’s 26% to 28% target – said Australia would only have a strong position in the Pacific by being “good neighbours”.

“Whilst Australia sits in the naughty corner, at international conferences such as Glasgow, with a prime minister giving an empty speech to an empty room with no increase in ambition for 2030, then we continue to alienate our friends in the Pacific,” he said.

Albanese addressed reporters after being briefed by Australia’s national security agencies about developments in Solomon Islands and Ukraine.

He said Australia had historically “punched way above our weight, but we have lost some paint over the last decade, just as we did by our refusal to sign up to [the] Kyoto [Protocol] under the Howard government”.

“One of the ways in which we counter what is going on, which is strategic competition in our region, is by being taken seriously as leaders in our region on climate,” he said. “And we’re not doing that at the moment. We’re not.”

Albanese said he was not arguing that major-emitter China had a strong climate record, but merely that Australia could increase its influence in the region by having a more ambitious policy.

His comments were in line with an argument mounted by Peter Hooton, a former Australian high commissioner to Samoa and Solomon Islands.

Hooton said in a piece for the Lowy Institute’s The Interpreter that only “concrete and ambitious commitments” on climate would “rebuild and sustain Pacific island countries’ trust in Australia as their key partner, friend and ally”.

“Australia’s refusal to take domestic measures to limit emissions and its resistance to international efforts to strengthen emissions reduction commitments have reduced the country’s leverage in the region and made it harder to protect its permanent, and vitally important, economic and geostrategic interests there in the face of competition, most obviously from China,” Hooton said.

While the proposed security deal still needs to go through the Pacific nation’s cabinet, the Solomon Islands government confirmed on Friday it was seeking to “broaden its security and development cooperation with more countries”, referring to Australia and China as its “two major partners”.

In an interview with RNZ, Ardern was asked whether it would ever be acceptable to New Zealand for China to station military vessels in Solomon Islands.

“We see such acts as the potential militarisation of the region and also see very little reason in terms of the Pacific security for such a need and such a presence,” she said.

Ardern said New Zealand had been in contact with Solomon Islands at the leader level “at the end of last year” to express “concern over the direction of travel that Solomons was taking in terms of their security arrangements with China”.

“We have to make sure that we are respecting the sovereignty of our neighbours whilst working closely alongside them to make sure our region’s needs are met and we don’t see the need for anyone to consider, for instance, new military arrangements,” she said.

The Australian prime minister, Scott Morrison, said he had been in contact with Ardern over the weekend and he would speak with his counterparts from Papua New Guinea and Fiji on Monday.

“The reports we have seen are not a surprise to us and are a reminder of constant pressures and threats that present in our region to our own national security,” Morrison said.

The opposition leader of Solomon Islands, Matthew Wale, told the Australian newspaper he had informed the Australian high commissioner “as far back as August last year” of discussions with Beijing about closer security arrangements.

In November, Australia sent more than 100 police and defence force personnel to Solomon Islands to help quell unrest, but found itself in competition with China which also agreed to send police.

Australia’s deputy prime minister, Barnaby Joyce, denied the government had “dropped the ball” in its relationship with Pacific nations.

“I think it would be highly naive to think that the Australian government is not completely all over this issue,” Joyce said. “The prime minister, the national security committee, they’re not fools.”

In a reference to China, Joyce said Australia was “not blind to the tactics of other people who are going through the process of trying to restrict our capacity of movement and intimidate us”.