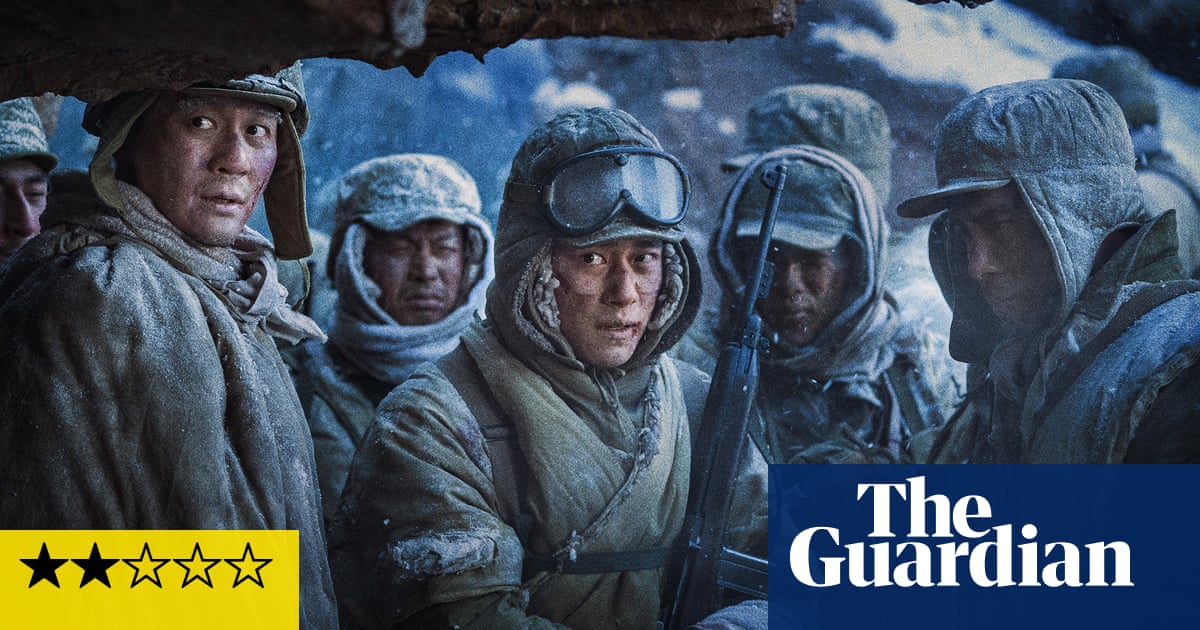 War is hell and so is a certain type of war movie: bloated, self-important and glassy-eyed with solemn patriotism. Directed by action veteran Tsui Hark, The Battle at Water Gate Bridge is the giant follow-up to China’s colossal military epic and domestic box-office smash, The Battle at Lake Changjin. It revives the tale of how, during the Korean war in the unimaginably cold winter of 1950, the Chinese army took on the US forces in Changjin county in North Korea and forced Uncle Sam to retreat towards the 38th parallel, gleefully picking up artillery and ammo that the Americans had been forced to abandon.

The first film took us to the “Hungnam evacuation” – an event which was for America something between Dunkirk and a foretaste of Saigon – in which many American and UN personnel had to be airlifted out. Now the movie continues, with more of the same mega greenscreen effects: people getting blown up with grenades and run over with tanks, as well as plenty of bullet-time slo-mo and freeze-frame set pieces of battlefield chaos.

China’s mission is now to impede the American retreat by blowing up a strategic bridge on a mountain gorge, while Douglas MacArthur blusters that retreat is treason and President Truman conspicuously declines to rule out using the Bomb. These are shown via enjoyably cartoony moments: MacArthur losing it at a grand diplomatic reception in Tokyo and then the lead-up to the Oval Office scene interestingly – and unusually – created with an overhead tracking shot along the White House corridor. But the English dialogue is pretty wooden.

It is in some ways completely pointless to denounce this film as “propaganda”: the two films were explicitly commissioned by the Chinese Communist party as part of last year’s centenary celebrations, with a decidedly anti-American flavour. Water Gate Bridge is ambitious and gung-ho, but everything about this film is constrained by a certain type of officially sanctioned earnestness. Perhaps this is because everyone knows the ending of the Korean war: standoff and partition, a historically unresolved situation in which, inevitably, some kind of moral victory has to be claimed in place of a military one.