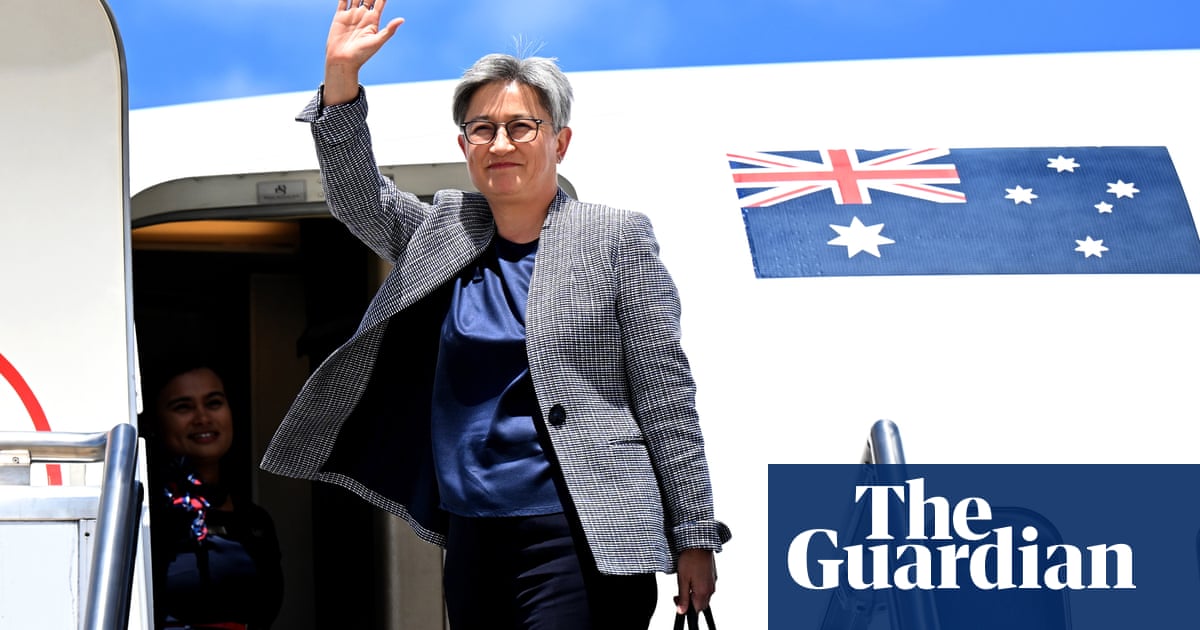 Chinese state media is urging Australia to resist being “swayed by Washington” and to “show verbal goodwill and substantial actions” on the eve of Penny Wong’s visit to Beijing.

Two state media outlets published editorials that may give an indication of the Chinese government’s wishes for the next steps in what the Australian government calls a “stabilisation” of the relationship.

Prior to her departure from Canberra on Tuesday, Australia’s foreign minister said it would help the relationship if China released detained Australians Cheng Lei and Yang Hengjun so they could be reunited with their families.

The Global Times, a nationalistic outlet that gained a reputation as one of the most outspoken against Australia over the past few years, appeared to be mostly positive about the approach taken by Anthony Albanese’s government.

It said in its editorial on Tuesday that the relationship was “starting to warm up from the freezing point”. It denounced the “radical, narrow, erroneous and stupid China policies of the last two Australian administrations” under Malcolm Turnbull and Scott Morrison.

At the height of the tensions in 2020, China blocked phone calls between Australian government ministers and their direct counterparts, and rolled out trade actions against Australian export sectors including wine and barley in moves that Morrison branded as “economic coercion”.

The Coalition has argued the decisions China opposed – including introducing new foreign interference laws, banning the Chinese telco Huawei from the 5G network and calling for a Covid origins inquiry – were taken in Australia’s national interest.

The Global Times on Tuesday blamed the relationship breakdown on Australia’s willingness to “serve as the most aggressive pawn toward China on the US’s Asia-Pacific chessboard”.

The paper said it now expected the relationship could “get out of the predicament and turn around” but cautioned that difficulties remained.

The China Daily, meanwhile, published an editorial titled “Mutual respect and sincerity can reset relations between China and Australia”.

It praised Albanese’s “pragmatic approach” in declaring that Australia seeks a stable relationship in which “we will cooperate where we can, disagree where we must and engage in the national interest”.

While there is no sign of China’s trade actions being withdrawn in the short term, the China Daily said Chinese businesses would welcome a rapprochement because it would “make things easier for them to do business with their Australian counterparts”.

The China Daily called for more talks between both governments across a wide range of areas “to increase political trust”.

“The Australian government should not let itself be swayed by Washington,” it added. “There is no need for Australia’s ties with the US to be at the expense of its relations with China.”

Senior Australian ministers have repeatedly said while the government is adopting a different tone and pursuing engagement with China, it will not stop advocating for Australia’s interests and values.

That includes pressing China to scrap the trade actions, urging against any change to the status quo on Taiwan and continuing to raise human rights concerns.

Australia continues to expand its defence ties with the US, the UK and Japan. Albanese has said he met with China’s president, Xi Jinping, in Bali last month despite Australia offering “no concessions – not one”.

Joining Wong for a media conference before her flight, Albanese said Wednesday’s 50th anniversary of the establishment of diplomatic relations “provides an opportunity for both sides to reflect on the relationship and how it can be more constructive in the future”.

Wong lowered expectations about any concrete outcomes from the talks with her counterpart, Wang Yi.

She said the expectation “should be that we will have a meeting” and cautioned that “many of the hard issues in the relationship will take time to resolve in our interests”.

Wong said she would press for not only the resumption of consular access to detained Australians “but also for Dr Yang and Cheng Lei to be reunited with their families”. Such progress “would be beneficial to the relationship”.

He said continuity was “very important in ensuring that China and the rest of the world can see that attempts at coercion through trade sanctions or the like have not yielded policy change in Australia”.

Birmingham said it had been “counterproductive” for China to block dialogue for two years from 2020.