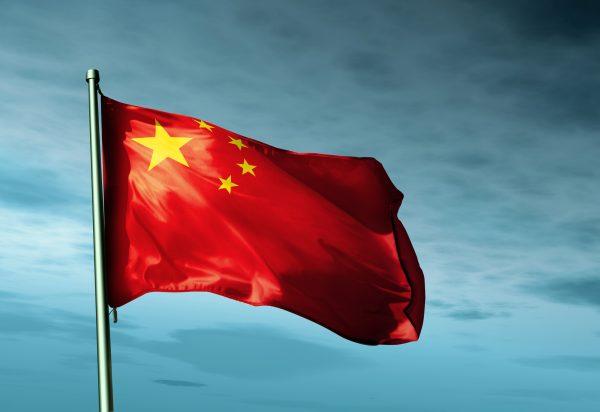 On December 16, China concluded the Central Economic Work Conference (CEWC). The conference, often referred to as the country’s highest-level discussion on the economic outlook, policy agendas, and government priorities, examines affairs in 2022 and charts China’s course in 2023.

In the past year, many Chinese cities have experienced harsh COVID-19 lockdowns, causing tremendous economic pain. But as huge waves of protests hit the streets, the country lifted restrictions with the hope of easing the grief. The CEWC is one of the few post-protest meetings held at the Politburo Standing Committee (PSC) level. It is essential to digest the messages to understand how the central government is going to maneuver under this sophisticated U-turn scenario next year. There are three main takeaways.

First, China’s economy is under great downward pressure. The government noted that the foundation of China’s economic rejuvenation was not durable. The weak prospects for the domestic economy, as the CEWC explicitly recognized, are coupled with the country’s shrinking demand and fragile supply chains. The culprit is the central government’s previous insistence on the extremely strict zero-COVID policy. This led to the complete shutdown of Shanghai China’s economic and manufacturing frontier, in the spring of 2022. Shenzhen, the country’s technology hub, also received the same fatal blow. The stringent COVID-19 rules not only disrupted people’s lives but also impacted the country’s financial and commodity markets and even the global supply chain.

Even though Li Qiang (then the party secretary of Shanghai) received credit for his heavy-handed city management and rocketed to the PSC after the 20th Party Congress, the Central Economic Work Conference recognized the harm of endless lockdowns. In the CEWC, the CCP illuminated the importance of getting the economy back on track. The first step is to reestablish consumer confidence by improving venues and creating new sources of consumption. Another related strategy is an all-encompassing income package that benefits both urban and rural residents. The hope is that as the consumer goods, commodities, and assets are sold and realized more smoothly, the country can restore domestic consumption and improve its GDP. Furthermore, a benign business environment will attract foreign direct investment again, which is another milestone that the government vowed to achieve in 2023.


Second, although Beijing is bent on shoring up growth, it is set to take a cautious approach. The CEWC statement claimed China would pursue a proactive fiscal policy and a prudent monetary policy. In this document, however, there are some points that are thought-provoking. For example, when addressing the demand-supply linkage, the statement emphasized that the supply (i.e., products) should have high quality, which then results in effective demand/consumption. Economic growth, on the other hand, needs to be efficacious in quality and reasonable in quantity. Finally, the monetary policy ought to be precise and forceful, keeping ample liquidity.

The rhetoric hints that unlike the COVID-19 policy, China’s economic policy will not make a U-turn; the government is not going to drastically ramp up the stimulus efforts. The core focus, on the contrary, is “high quality” growth and “efficiency.” There are three reasons for this. First, because of the draconian control policies, China has slowly drained its savings account, without consistent and high-quality production. The government lacks sufficient capital to expand the economy promptly.

Second, China’s conservative attitude echoes its growing awareness of the financial risks. From the standpoint of policymakers, a massive stimulus might be exploited by speculators in areas such as fintech, stock market, real estate, and banking. Therefore, tighter oversight and an interventionist approach are essential.

And third, as Beijing opts to “live with the virus,” the government needs to coordinate epidemic prevention and economic development. COVID-19 infections are surging exponentially these days, after the long-awaited relaxation of restraints. A preoccupation with the fragmented economy while turning a blind eye to the country’s aggravating infection problem will possibly fuel a political backlash.

The final takeaway from the CEWC is that deleveraging the real estate industry has become one of the greatest concerns to the CCP’s central leadership. What makes the 2022 CEWC unique is that the statement spent a whole paragraph addressing the exasperating real estate bubbles found in China. In addition to old platitudes such as “houses are for living in, not for speculation,” the statement said that the government looks for stable development of the real estate industry and a reduction of financial risks hidden among the top-tier real estate companies.

The shift of the policy priority is not groundless. In 2021, the Evergrande Group, one of the country’s real estate giants, became deeply indebted. The distress soon spread across a variety of fields such as the housing market and even China’s soccer league (Evergrande is the sponsor of former Asia champion Guangzhou Football Club).

Beijing has sensed a growing fear that the financial system would collapse if intervention were not present, but how to solve the problem is tricky. The central government will step in and bail out developers only if their refinancing plan is well-founded, according to the statement. Nevertheless, it is believed that an injection of too-quick or too-much credit is contrary to the general idea of having companies borrow less, strengthen their balance sheets, and reduce inventories. Balancing sustainable growth of the property market with cooling down apartment prices remains a formidable barrier for China in the long term.

Given the city lockdowns, the 20th Party Congress, the dissent that called for Xi Jinping’s resignation, and the death of former Party General Secretary Jiang Zemin, 2022 was a tumultuous if not difficult year for the Communist Party. China has navigated through the murky and treacherous waters, and now chooses to embrace the pandemic despite soaring infections. How Beijing manages the economic recovery in 2023 remains to be seen.