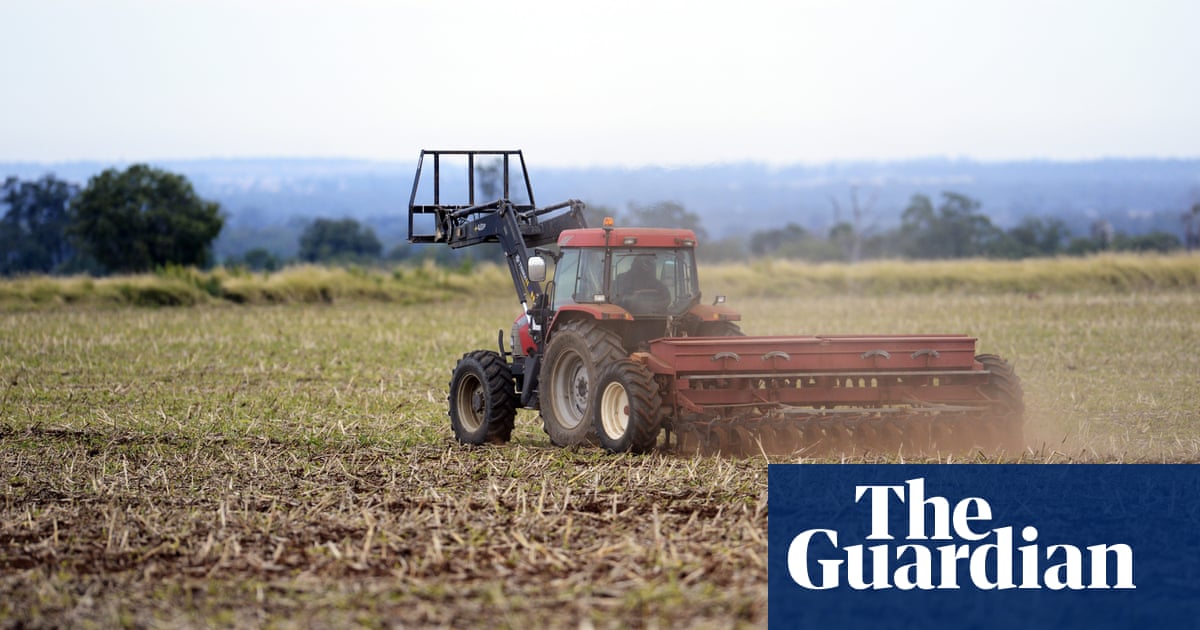 The international trade umpire is set to rule within months on Australia’s complaints against China’s trade sanctions, setting up a deadline for the diplomatic thaw to produce a breakthrough.

As Australia and China prepare to mark the 50th anniversary of diplomatic relations on Wednesday, the trade minister, Don Farrell, said he was prepared to meet the Chinese commerce minister at any time and place to seek a resolution.

“I’ve made it clear that if and when they want to meet, we’re very happy to do so,” he told Guardian Australia.

China’s introduction of an 80% tariff on Australian barley in 2020 effectively ended the trade in that good overnight, prompting the then Morrison government to complain to the World Trade Organization.

The WTO panel considering the barley dispute said it expected to issue its final report to the parties in the first three months of 2023.

But the complaint against China’s subsequent tariffs on Australian wine will take longer: the WTO’s panel “does not expect to issue its final report to the parties before mid-2023”.

The WTO noted the “voluminous submissions from the parties” and the complexity of the disputes.

China’s commerce ministry has argued the tariffs are justified by Australian subsidies and its dumping of cheaper goods on the Chinese market – but the Australian side has rejected those claims and believes it has a good chance of success at the WTO.

At the height of the tensions, China also launched its own WTO complaint against Australia’s tariffs on Chinese wind towers, stainless steel sinks and railway wheels.

China’s complaint remains active, but a timeframe for a decision has not yet been set.

Farrell is believed to be hopeful the issues between Australia and its largest trading partner can be sorted out by negotiation and discussion.

While he has not given any indication that Australia is about to drop the formal complaints, Farrell has said he is confident the countries can “resolve our outstanding trade blockages without having to proceed with matters in the World Trade Organization”.

James Laurenceson, the director of the Australia-China Relations Institute at the University of Technology Sydney, said Farrell appeared to be offering China an “off-ramp” to enter direct talks rather than risk unfavourable rulings.

Under WTO rules, a country that has lodged a complaint can ask the panel to suspend its work at any time “to allow the parties to find a mutually agreeable solution”.

Australia’s foreign affairs minister, Penny Wong, will fly to Beijing on Tuesday and is expected to raise the issue during her meeting with her counterpart, Wang Yi, on Wednesday.

It is the first visit to Beijing by an Australian foreign affairs minister since Marise Payne’s trip in 2018, although Simon Birmingham also travelled to China in 2019 when he was trade minister.

Guardian Australia understands Wong intends to raise a range of bilateral issues including trade, human rights and consular cases such as the plight of detained Australians Cheng Lei and Yang Hengjun.

The talks will include international and regional security developments, with Australia likely to reinforce its stance against any unilateral changes to the status quo regarding Taiwan.

China’s president, Xi Jinping, has repeatedly refused to rule out taking Taiwan – a self-governed democracy of 24 million people that he claims as a province of China – by force.

Wednesday’s meeting coincides with the 50th anniversary of the establishment of diplomatic relations between the People’s Republic of China and Australia, but follows five years generally marked by rising tensions.

The meeting will be followed by a working dinner before Wong flies back to Australia late on Wednesday.

The trip is operating in a “Covid bubble”, meaning that the travelling party will be accommodated and all of the events held in the same guesthouse.

China issued the invitation to Wong after the meeting between Xi and the prime minister, Anthony Albanese, on the sidelines of the G20 in Bali last month.

China’s foreign ministry said it hoped the visit would “help both sides to further follow up on the important common understandings reached between our leaders at their meeting in Bali”.

A spokesperson for the ministry, Mao Ning, said the 50th anniversary was “an opportunity to reaffirm our commitment to the principle of mutual respect, mutual benefit and seeking common ground while shelving differences”.

The Australian government views the trip as another small step in the stabilisation of the relationship with China, rather than a breakthrough in its own right.

Australia is not acting alone, with Japan’s foreign minister and the US secretary of state also expected to visit Beijing in the coming weeks.

Human Rights Watch urged Wong to resist “pressure from the Chinese government to downplay human rights in this first high-level visit for years”.

Elaine Pearson, the Asia director at Human Rights Watch, said Wong should make human rights “a central component of the trip, given she will be meeting with leaders of a government that have committed serious abuses that may amount to crimes against humanity, according to the UN”.