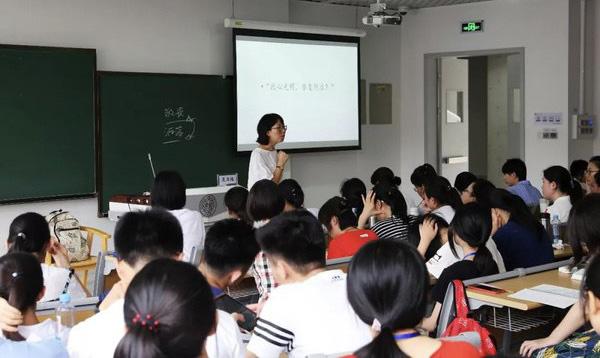 Chinese authorities have sent a university lecturer to a psychiatric institution after she spoke out in favor of nationwide anti-lockdown protests at the end of November, her students and a person at the university told Radio Free Asia.

Nankai University philosophy lecturer Wu Yanan was taken by authorities to the Tianjin Sheng’an psychiatric hospital on the pretext of COVID-19 testing after she accused the university authorities of betraying the ideals of its founder Zhang Boling by clamping down on the widespread protests, according to the students who asked to remain anonymous for fear of reprisals.

The students shared screenshots of Wu’s social media posts in which she called on the school to protect its own students, and argued against political reprisals against those who took part in the “white paper” movement that triggered the loosening of COVID-19 restrictions this month.

Some students were hauled in for questioning after standing up in solidarity with the victims of a fatal lockdown fire in Xinjiang’s regional capital Urumqi who were unable to escape the blaze because they had been locked into their own apartment building.

Wu was taken away in a van by officials who claimed she needed to take a COVID-19 test, but instead took her to Tianjin Sheng’an psychiatric facility. Wu posted the name of the hospital to social media, along with photos of her hiding in a hospital toilet and calling on her students to rescue her.

Hiding in the toilet

Wu said she was hiding in the toilet from a bunch of people who were planning to tie her up and forcibly administer medication to her, the students said.

Wang Qiang, a person familiar with the incident, said Wu had been a vocal supporter of the “white paper” protests.

“There were some spontaneous memorials activities and blank paper protests on our university campus after the Urumqi fire, and students who took part were hauled in to drink tea,” a euphemism for being questioned by the authorities, Wang said.

“Wu Yanan spoke up for the students [on social media], and the school authorities asked her to delete her posts, but she wouldn’t,” Wang said. “Later, when she was back at home, she got a call telling her to go do a COVID-19 test, whereupon she was taken to Tianjin Sheng’an Hospital.”

“She said she was about to be tied up and forcibly injected by a bunch of people, then she hid in the toilet [before they took her phone],” he said, adding that Wu’s social media posts have now been deleted.

Students who told people about her detention had also been hauled in for questioning, while Wu’s family were helping the authorities “under duress,” he said.

A recent post under Wu’s account to WeChat Moments said “I admit I was under the influence of mental illness a few days ago, when I was suffering from delusions, auditory hallucinations and talking gibberish.”

Wang said the posts were highly unlikely to be genuine, and that Wu has likely been “mentally illed,” a slang expression for the use of forcible psychiatric treatment to suppress critics of the authorities.

Wang said he also saw posts on social that her parents agreed she suffered from mental illness and asked her to be committed to a psychiatric institution.

“A lot of her students were very upset,” he said. “It’s about stigmatizing someone who has a bit of influence and dares to speak out, beating them down … and making an example of them.”

“This is really outrageous persecution,” Wang Jianhong said. “Universities should be protecting their students and faculty, and standing up for freedom of speech, thought and conscience.”

“Instead, they sent people to kidnap Ms. Wu and take her to a psychiatric hospital. I hope that if this comes to more people’s attention, they will allow her to resume teaching and go back to living a normal life,” Wang said.

An employee who answered the phone at the Tianjin Sheng’an Hospital on Wednesday said they would ask the “relevant personnel” to call back in response to questions about Wu Yanan’s status, but no response had come by the time of writing.

“Wu Yanan. Yes, OK. Can I have the relevant people contact you?” the employee said.

Wu, 38, graduated from Renmin University in Beijing, and had been teaching the history of Chinese philosophy and Confucian philosophy courses at Nankai University since 2014.