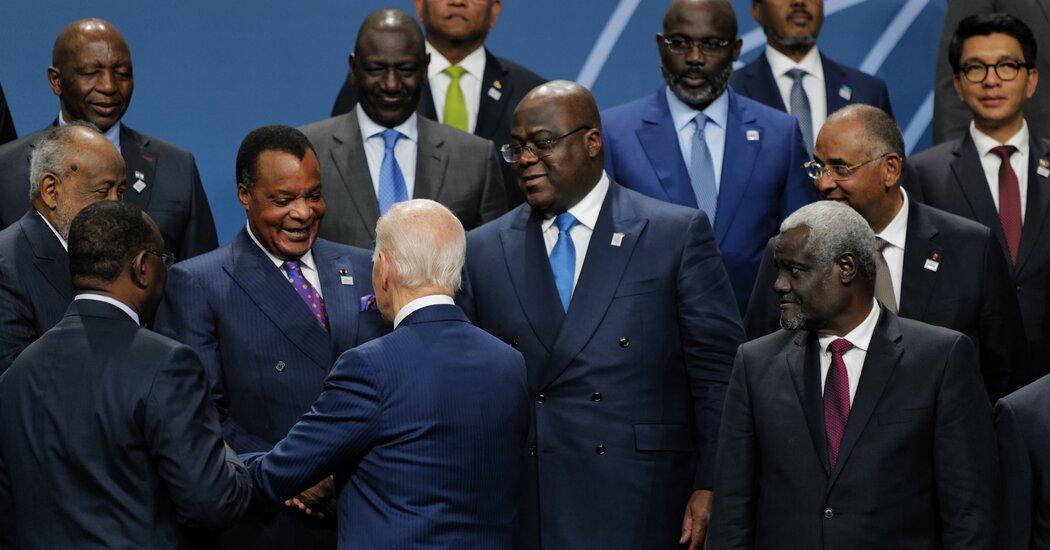 The African Union chairman, President Macky Sall of Senegal, enumerated Africa’s priorities including fighting terrorism, boosting democracy and negotiating “a just and fair energy transition” with the West. He also called out the United States on two issues. He pushed for the lifting of sanctions against Zimbabwe, and he criticized a proposed American law that seeks to limit illicit Russian activities in Africa, such as supporting mercenaries.

If the bill passed into law, he warned, “could gravely harm the relationship between Africa and the United States.”

In addition to planning his own trip to Africa, Mr. Biden said he was sending his wife, Jill Biden, as well as Vice President Kamala Harris, Secretary of State Antony J. Blinken, Defense Secretary Lloyd J. Austin III, Treasury Secretary Janet Yellen and other senior officials to the continent.

“Promise you’ll send them back,” he said. “I need them. They all want to go, but I’m worried they won’t come home.”

If he follows through on a visit, Mr. Biden would be the sixth president since the end of World War II to travel to sub-Saharan Africa while in office. George H.W. Bush flew to Somalia in his final weeks in office to visit American troops and international relief workers, while Bill Clinton, George W. Bush and Barack Obama made more extended trips across the continent, each of them welcomed by exuberant crowds. Mr. Trump, who denigrated African countries using an epithet, never traveled there while president.

“America will not dictate Africa’s choices. Neither should anyone else,” Secretary of State Antony J. Blinken said at a Thursday news conference concluding the summit. “The right to make these choices belongs to Africans, and Africans alone. But we will work relentlessly to expand their choices.”

Analysts said that for the summit to succeed in its stated goal of showing that the United States is “all in on Africa,” it should take place every three years, as happens in China.