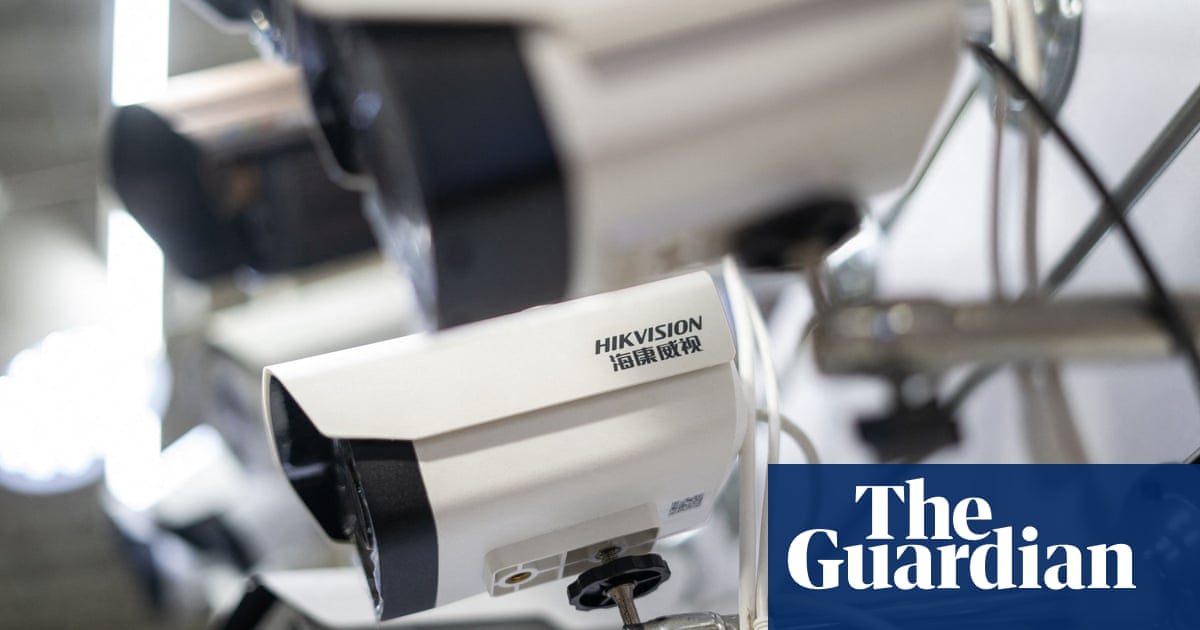 A Chinese security camera company has been advertising ethnicity recognition features to British and other European customers, even while it faces a ban on UK operations over allegations of involvement in ethnic cleansing in Xinjiang.

In a brochure published on its website, Hikvision advertised a range of features that it said it could provide in collaboration with the UK startup FaiceTech.

The company removed both claims from its website following an inquiry from the Guardian, and said the technology had never been sold in the UK. The document, it said, detailed the “potential application of our cameras, with technology built independently by FaiceTech and other partners”.

FaiceTech denied ever having worked with Hikvision, and said the brochure was created and published without its knowledge or consent. In a legal letter sent to Hikvision, seen by the Guardian, the British company demanded the document be removed since it “is likely to deceive the public into a mistaken belief that our client is in some way associated with Hikvision”.

The brochures were first discovered by the campaign group Big Brother Watch. In a statement, Madeleine Stone, the group’s legal and policy officer, said: “It is deeply alarming that the same racist technology being used in Xinjiang to repress the Uyghur population is being marketed in Britain. Hikvision is normalising deeply intrusive surveillance capacities which have no place in a democracy.

“Hikvision’s surveillance products pose a real threat to rights and security. The government must act now to ban this rights-abusing technology.”

Hikvision was placed on a US trade blacklist in 2019, after the US Commerce department said it had “been implicated in human rights violations and abuses in the implementation of China’s campaign of repression, mass arbitrary detention, and high-technology surveillance against Uighurs, Kazakhs, and other members of Muslim minority groups”.

The company has acknowledged that its cameras may have been used in the country’s “re-education camps”, and was discovered in 2019 to have marketed at least one security camera that was capable of automatically recognising “the racial attributes of the analyst’s target … such as Uighur, Han”. That marketing document was quickly removed after it was noticed by the media.

In contrast with the US, Hikvision cameras are in widespread use in Britain, a Guardian investigation revealed in 2020. Public records showed them being used in council areas including Kensington and Chelsea, Guildford, Coventry, Chelmsford, and Mole Valley, among others.

They were installed in the toilets of a high school in Hunstanton, west Norfolk, and in branches of an upmarket UK gym chain, where the company’s thermal vision products were used as part of the Covid response.

On Wednesday, the UK government was defeated in the House of Lords when it opposed an amendment banning the use of cameras by Hikvision and another Chinese company, Dahua, from being purchased or used by the public sector.

The clause, added to the procurement bill by David Alton, a crossbench peer, requires the government to publish a timeline for the removal of physical technology or surveillance equipment from the government’s procurement supply chain where there is evidence that the provider has been involved in modern slavery, genocide or crimes against humanity.

In a statement, Hikvision said: “We do not comment on ongoing or potential legal proceedings. The brochures in question detail the potential application of our cameras, with technology built independently by FaiceTech and other partners.

“Hikvision has never been involved in their development process and plays no role in any potential implementation and usage of those solutions. Hikvision does not sell its product direct to market, rather through distributors and integrators. This particular capability has never been sold in the UK by Hikvision.

“In 2018, a separate recognition function produced by Hikvision, which was not focused on any single ethnic group, was removed through a firmware update and is no longer available, as reported by The New York Times in 2019.

“Hikvision has strictly followed all applicable laws and regulations in the UK and all countries where we operate to ensure complete compliance.

“Hikvision has never knowingly or intentionally committed human rights abuses itself or acted in wilful disregard and will never do so in the future.”