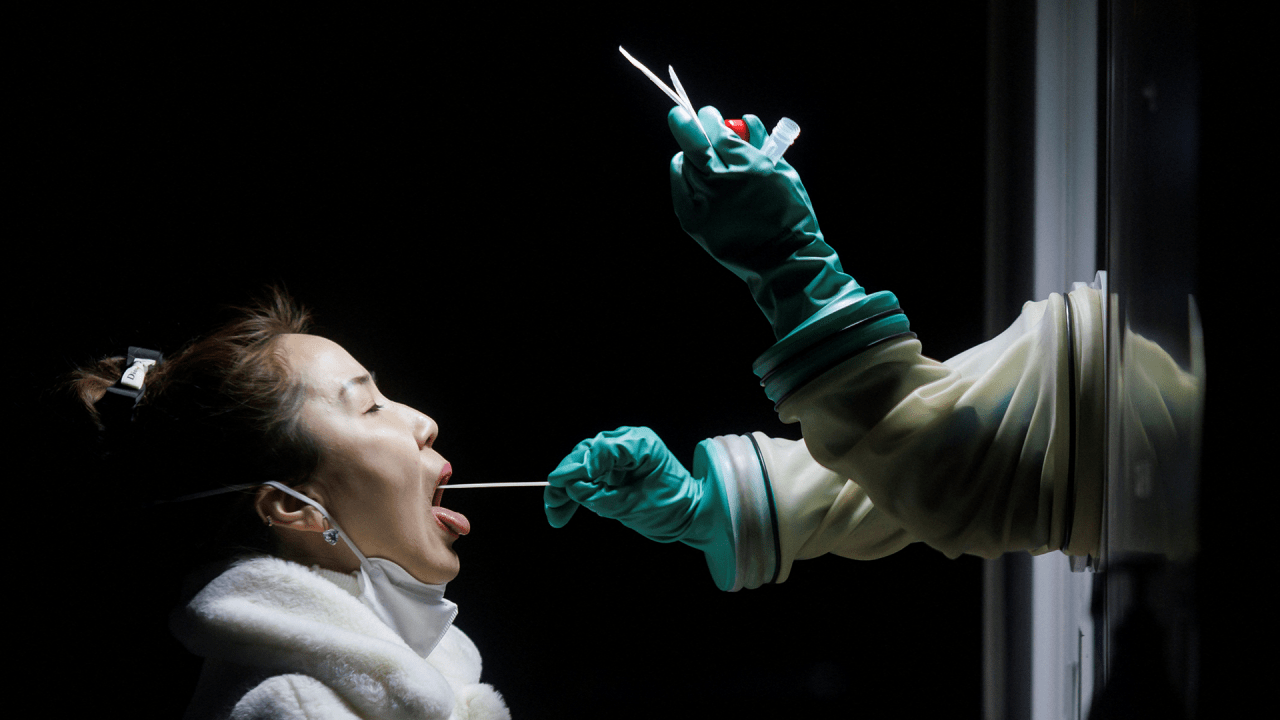 Lin, who plays for the Loong Lions Basketball Club, made “inappropriate remarks about quarantine hotel-related facilities” where the team stayed Wednesday ahead of a game, the China Basketball Association announced. It said that “caused adverse effects on the league and the competition area.”

The association gave no details of Lin’s comments and there was no sign of them on his account on the popular Sina Weibo social media platform.

Policemen pin down and arrest a protester during a protest on a street in Shanghai on November 27, 2022. Authorities eased antivirus rules in scattered areas but affirmed China’s severe “zero-Covid” strategy after crowds demanded President Xi Jinping resign during protests against controls that confine millions of people to their homes. Photo: AP

The Shanghai news outlet The Paper reported Lin posted a video complaining about hotel workout facilities ahead of games next week in Zhuji, a city south of Shanghai in Zhejiang province.

“Can you believe this is a weight room?” Lin was quoted as saying. “What kind of garbage is this?” The Paper said the video was deleted after “the situation was clarified” that the hotel was only for a brief stay required by regulations.

A representative of Vision China Entertainment, which says on its website it represents Lin, did not respond to a request for comment. Phone calls to Loong Lions headquarters in the southern city of Guangzhou were not answered.

Lin, born in California to parents from Taiwan, was the first American of Chinese or Taiwanese descent to play in the NBA.

On Friday, there were no signs of more protests.

China’s case numbers are low, but “zero Covid” aims to isolate every infected person. That has led local officials to suspend access to neighbourhoods and close schools, shops and offices. Manufacturers including the biggest iPhone factory use “closed-loop” management, which requires employees to live at their workplace without outside contact.

Residents of some areas complain that local officials, who are threatened with being fired if an outbreak occurs, impose excessive quarantines and other restrictions in response to a spike in infections that began in October.

The government reported 34,980 infections found in the past 24 hours, including 30,702 with no symptoms.

That set off angry questions online about whether firefighters or victims trying to escape were blocked by locked doors or other antivirus controls. Authorities denied that, but the deaths became a focus of public frustration.

Xi’s government has promised to reduce the cost and disruption of controls but says it will stick with “zero-Covid.” Health experts and economists expect it to stay in place at least until mid-2023 and possibly into 2024 while millions of older people are vaccinated in preparation for lifting controls that keep most visitors out of China.

Urumqi will “increase efforts to resume production and commerce” by reopening hotels, restaurants, large supermarkets and ski resorts, the official newspaper Guangming Daily reported on its website, citing Sui Rong, a member of the Municipal Committee.

Health experts and economists expect China’s “zero-Covid” policy to stay in place at least until mid-2023 and possibly into 2024. Photo: AP

On Thursday, the metropolis of Guangzhou in the south, the biggest hotspot in the latest infection spike, allowed supermarkets and restaurants to reopen.

Other major cities including Shijiazhuang in the north and Chengdu in the southwest restarted bus and subway service and allowed businesses to reopen.

The ruling party says it is trying to restrain local officials who are under pressure to prevent outbreaks while reopening businesses.

“Without approval, it is strictly forbidden to arbitrarily close schools and suspend classes, suspend work and production, block traffic or enforce isolation measures,” the ruling party newspaper People’s Daily said in an editorial.