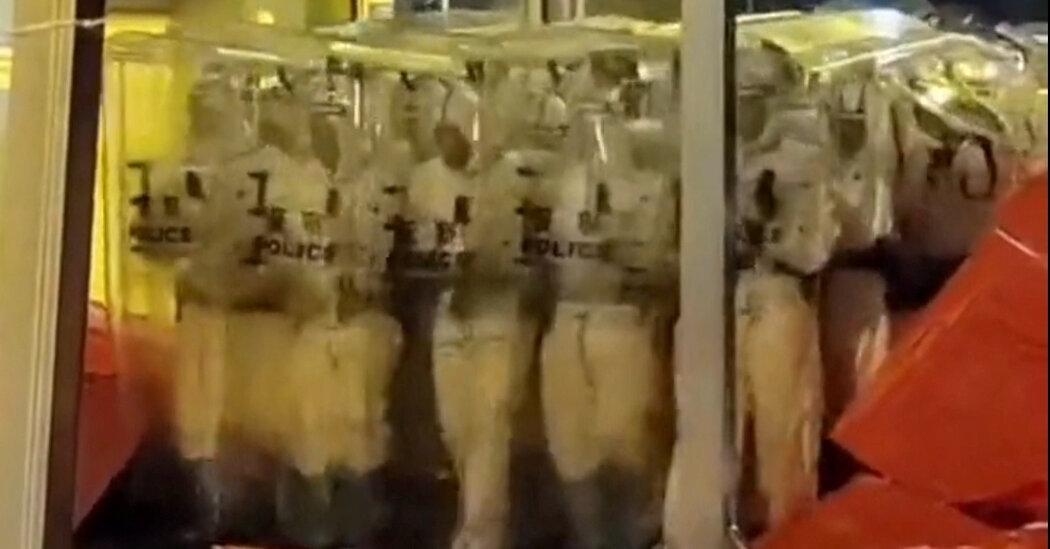 The Haizhu District of Guangzhou, where the clashes took place, is a center of garment production, and tens of thousands of migrant workers from rural China make a living in small factories, shops and diners that cram its streets.

But there and across much of China, Covid restrictions on work and travel have added to a wider economic slowdown and pushed many small businesses into closure or bankruptcy, leaving migrant workers struggling to make a living.

“People don’t have anywhere to vent their frustration,” said a local resident surnamed Hu, a construction business owner whose work has been suspended. He witnessed the arrival of hundreds of riot police officers near his home on Tuesday evening and felt sympathetic to the protesting workers. “The police were not protecting the people. They were scaring the people.”

A rise in Covid cases in Guangzhou over the past several weeks led officials to impose lockdowns across several districts that are home to a total of about six million people, according to government announcements.

In the Haizhu District in the city’s south, some 1.8 million residents were ordered to stay at home and undergo daily coronavirus testing, and local authorities erected barricades around neighborhoods where Covid cases were recorded. Two weeks ago, residents of one neighborhood marched to protest the lack of food and other necessities while held at home for weeks, people there told The New York Times at the time.

On Wednesday, multiple districts in Guangzhou, including Haizhu, lifted Covid prevention measures in some areas that are not listed as “high risk.” Close contacts, who had been sent to centralized quarantine facilities, are allowed to quarantine at home if they meet a certain standard, according to a government notice.

China’s leadership has remained silent about the protests of the past week, although the unrest has drawn global attention, including comments from the White House, and unsettled international investors. When called and asked about the nights of clashes, a Haizhu District official and a police officer on Wednesday both promptly hung up, each saying, “I don’t know about it.”