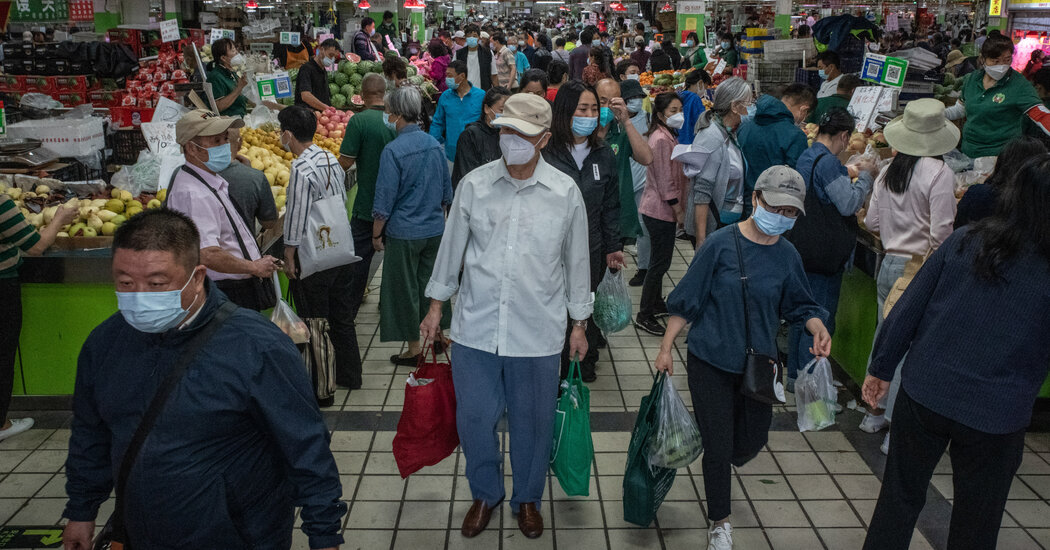 China’s economy began to show faint signs of recovery in the last three months after stalling earlier this year, according to data released on Monday after a six-day delay during the Communist Party’s national congress.

The country’s economic output was 3.9 percent higher from July through September than during the same months last year. The modest rebound in activity exceeded the expectations of Western economists, who had estimated growth of a little over 3 percent.

The composition of the growth, however, was not entirely what China’s leaders have sought. While consumer spending began to recover following the Shanghai Covid lockdown in April and May, China remained heavily dependent on state-led, debt-fueled construction of road, bridges, rail lines and other infrastructure.

The halting pace of China’s economic recovery reflects in part the ruling Communist Party’s efforts to expand its sway over the economy and society. Xi Jinping, China’s top leader, consolidated his power over the weekend by pushing out rivals. Among them was the current premier, Li Keqiang, who had called an emergency meeting of more than 100,000 officials in May to sound the alarm about the need to gin up economic growth.

In contrast, Mr. Xi, the party leader, has put a premium on social stability and national security, often with actions that have also had the effect of slowing economic growth and employment. In a speech at the opening of the party congress about a week ago, Mr. Xi mentioned security six times as often as he mentioned the economy.

“We have implemented the overall national security concept, safeguarded national sovereignty, security, and development interests with firm will and quality,” he said.

On Monday, share prices fell more than 4 percent in early trading in Hong Kong and nearly 2 percent on stock exchanges in mainland China. Mr. Xi has pushed a vision of “common prosperity,” a vaguely defined campaign of redistributing wealth that has unnerved investors.

Mr. Xi spoke during the congress of making sure that income accrues to those who labor to earn it — an implicit rebuke to those who earn their livelihoods through trading or investment.

Under Mr. Xi, regulators have clamped down on the tech sector, contributing to widespread layoffs among young employees. Dozens of the country’s private property developers have defaulted on debts after Beijing discouraged real estate speculation. Tycoons have been fleeing the country. Municipal lockdowns to stop outbreaks of Covid-19 have taken a heavy toll.

Yeling Tan, a political scientist at the University of Oregon, said that Mr. Xi seemed more preoccupied with stability than with growth. “Economic growth has been subsumed within a broader narrative of national strength and security,” she said.

The release of the economic data came as a surprise after it was withheld without explanation last week. It is rare for any large economy to delay the release of such an important economic report.

The better-than-expected data suggested that the government’s motive in delaying the release was to avoid having any news last week that might distract from the party congress. Economists said that the move had compromised international confidence in the reliability of China’s economic data.

The National Bureau of Statistics did not hold its usual quarterly news conference to discuss the country’s economic performance, which normally accompanies its data. Also, the statistical agency’s data release was not accompanied with the usual set of written remarks from an agency spokesman to present the government’s interpretation of the data.

China’s General of Administration of Customs also released on Monday morning its trade data for September, which had been delayed by 10 days. That data showed continued strength in exports and a sharp expansion of the trade surplus as imports were little changed.