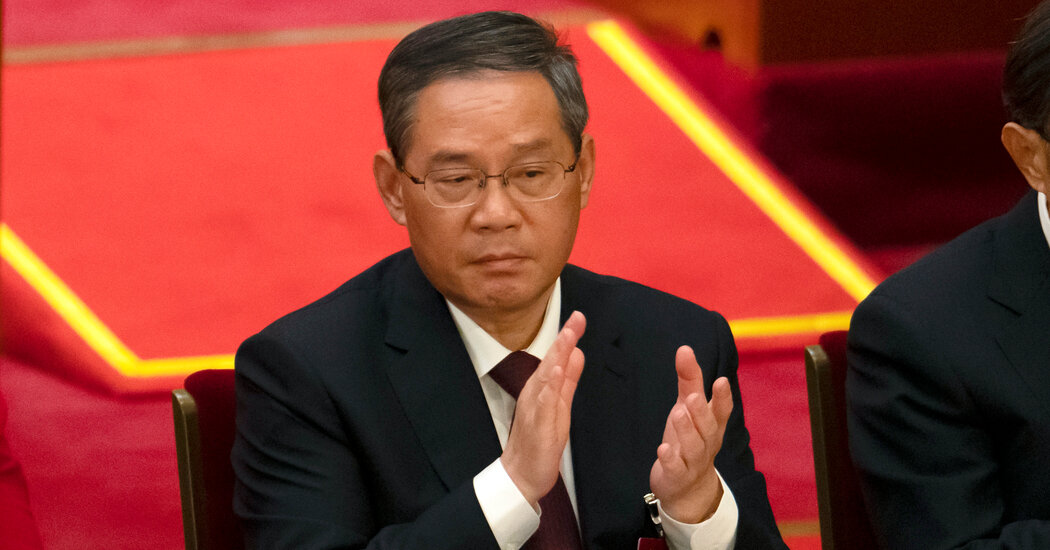 A two-month lockdown in Shanghai earlier this year looked at the time as though it might doom the political career of the city’s Communist Party leader, Li Qiang. Confined in their homes or in shoddy quarantine facilities, residents struggled to obtain food and fought with police officers clad in white hazmat suits.

Despite the lockdown, Mr. Li, 63, retained the support throughout of the one man who really counts: Xi Jinping, China’s top leader. And on Sunday, Mr. Li emerged on the stage at the Great Hall of the People as China’s second-highest official after Mr. Xi himself.

Mr. Li’s ranking puts him in line to become China’s new premier next March, a post that will give him broad authority over the vast bureaucracy of the Chinese government.

“The connection with Xi Jinping is crucial — there is no lack of competent administrators in the Communist Party, so the patron-client system of promotion remains important,” said Jean-Pierre Cabestan, a professor emeritus of political science at Hong Kong Baptist University.

The promotion of Mr. Li contrasts with Mr. Xi’s removal of both top officials in Hubei Province in early 2020 after the new coronavirus first emerged in the provincial capital, Wuhan, and prompted a lockdown of nearly 11 weeks.

Mr. Li was born and grew up in prosperous Zhejiang Province, just south of Shanghai, and worked his way up the provincial bureaucracy. His career took off after he served as essentially the chief of staff for Mr. Xi, who was the province’s Communist Party secretary from 2002 to 2007.

Two months after Mr. Xi became China’s top leader in 2012, he named Mr. Li the governor of Zhejiang Province. Three years later, he promoted Mr. Li, appointing him the Communist Party secretary of Jiangsu Province, an affluent hub of industrial activity. And in 2017, he named Mr. Li as Communist Party secretary of Shanghai — traditionally a steppingstone to the Standing Committee of the Politburo, including for Mr. Xi himself.

Mr. Li worked closely with multinational executives and Chinese business leaders alike in Zhejiang, Jiangsu and Shanghai. But he has not worked in Beijing and has no experience in overseeing the State Council, China’s cabinet or the dozens of ministries under the State Council.

That lack of Beijing experience means that Mr. Li will be heavily dependent on Mr. Xi’s continued support, said Yang Zhang, a professor at American University’s School of International Service. “He will have to rely upon Xi’s authority and other aides — most of whom will be Xi’s associates from other sources — to make the State Council function,” he said.