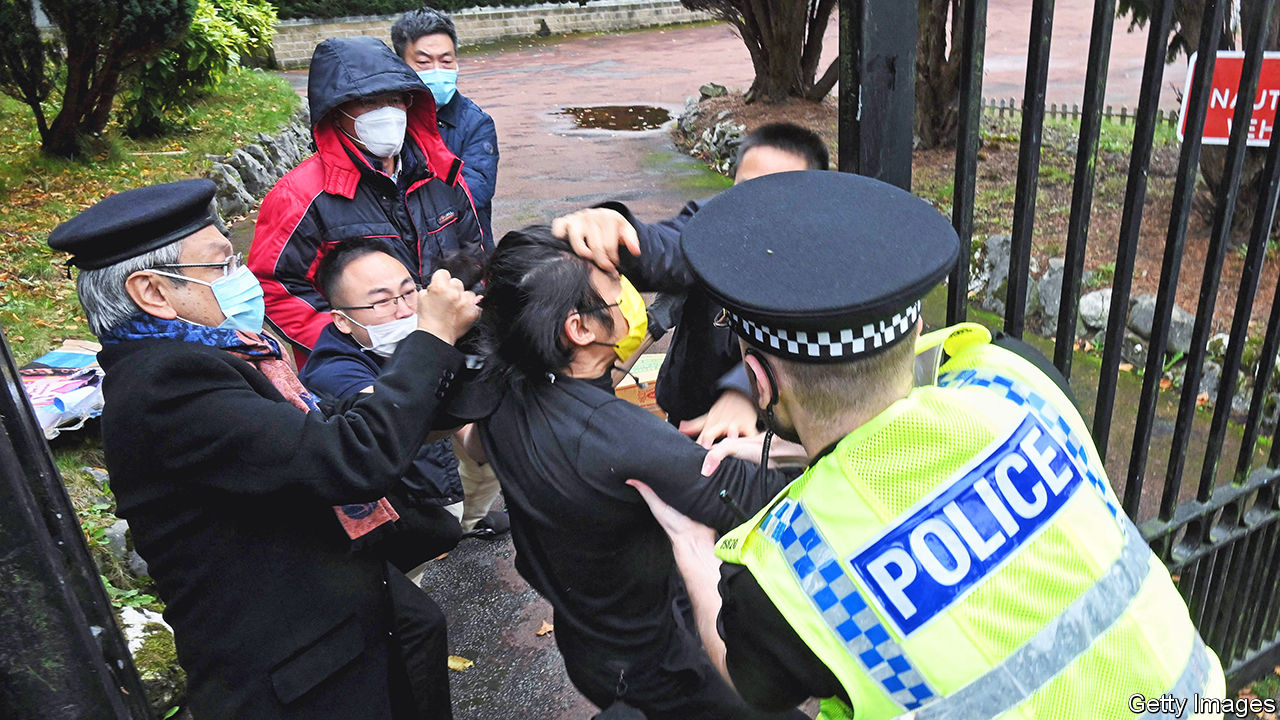 Chinese diplomats scuffled with pro-democracy protesters from Hong Kong outside the Chinese consulate in Manchester on October 16th. One protester was pulled onto consular grounds and beaten, until a British policeman rescued him. British MPs have called for Zheng Xiyuan, the consul-general, to be declared persona non grata for his alleged role in the fracas. China has blamed the protesters and the British authorities.■