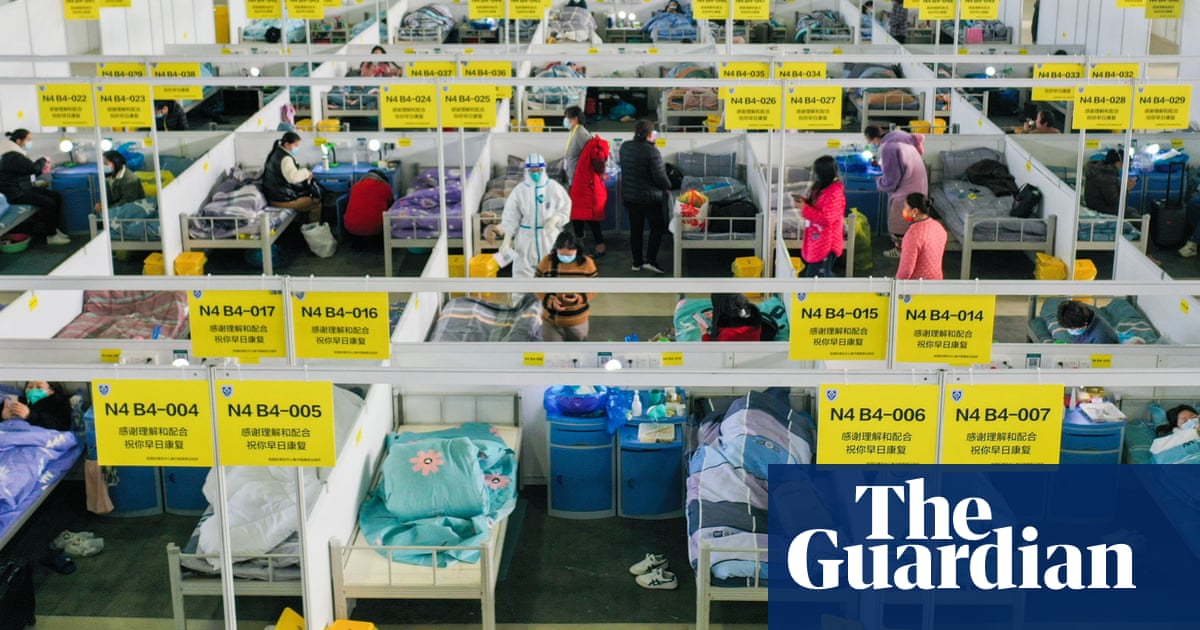 Reports that a 16-year-old girl has died in a Covid quarantine centre after pleas from her family for medical help were ignored have caused anger in China, where ongoing tight pandemic controls have started to take their toll on a weary population.

Videos of the girl have spread across Chinese social media in the last 24 hours. The distressing footage, which the Guardian has not been able to independently verify, shows the teenager ill, struggling to breathe and convulsing in a bunk bed at what is purported to be a quarantine centre in Ruzhou, Henan province.

In the video, a woman who claims she is the girl’s aunt says her niece died after exhibiting a fever, experiencing convulsions and vomiting. She said the family had been asking for medical help but none came for days and calls to official phone lines went unanswered.

“We have been calling for help since 3am last night, including the mayor’s hotline and centre for disease control and prevention line, and we couldn’t get through,” she said. “I just want all my family and friends to see this video and spread it, so I can find a place for help, and seek justice. I just want to know what is the reason behind her death.”

The video comes as Communist leaders are meeting in Beijing for their party congress – the most important meeting of China’s five-year political cycle. Authorities have been under pressure to ensure there are no signs of unrest during the meeting but frustration has broken through.

Last week, in a rare protest in Beijing, incendiary slogans against Xi Jinping, including references to anger at strict Covid policies, were hung from a central overpass. The same slogans have begun to appear in other locations.

In Henan, which has a population of nearly 100 million people, 26 cases were reported on Tuesday and 13 on Monday. But China’s zero-Covid policy requires authorities to contain and eliminate all outbreaks. It has resulted in sudden lockdowns on buildings, neighbourhoods and cities, and the mass quarantining of cases and people considered “close contacts”.

There are reports of thousands of people in Ruzhou being taken into centralised quarantine in recent weeks. The girl’s aunt said six members of their family were quarantined and that her niece was not sick when she first arrived.

Such strict enforcement has begun to grate with many who fear being locked in or away from their homes, or being taken away to a quarantine centre despite not having Covid.

During protracted lockdowns in some regions there have been repeated cases of people being denied medical care by overzealous officials because of rigid rules requiring negative tests to enter hospitals, or because services have appeared overwhelmed. After public outcry and local media reporting, officials were often punished.

The girl’s death did not appear to have been reported in Chinese media as of Wednesday afternoon but still prompted an outpouring of anger on social media, with some also referencing a bus crash last month that killed 27 people who were being taken to a quarantine centre.

“Strictly investigate to the end, the whole country deserves an explanation,” wrote one person on Douyin, China’s version of TikTok.

“The system is paralysed, and there is no one to deal with it,” said a commenter on Weibo. “We must not allow the tragedy to happen again! Making this statement is not to create panic, but the citizens are really helpless, and they will hold on to even the glimmer of hope.” The comment was deleted as the Guardian was viewing it.

More than 700,000 people had viewed posts under several hashtags, the largest being “Ruzhou girl dies unexpectedly”. A hashtag titled “Ruzhou girl dies in quarantine” was censored on Wednesday morning and such posts were no longer visible. Several comments directed anger at the effort made to censor discussion, with some speculating it was to avoid “causing trouble” during the politically sensitive week of congress.

“I don’t know how many sick people are out there that still have no one to take care of them! If you need help and donate, we will step up! Officials please issue a notice instead of always quieting down the hot topic search [on Weibo]!” said one.

Several accused authorities of being willing to “drain a lake to find a fish”, referring to a recent month-long effort by authorities to remove an invasive fish from a Ruzhou lake, but not able to answer a family’s call for medical help.

Ruzhou’s health authorities could not be reached for comment.