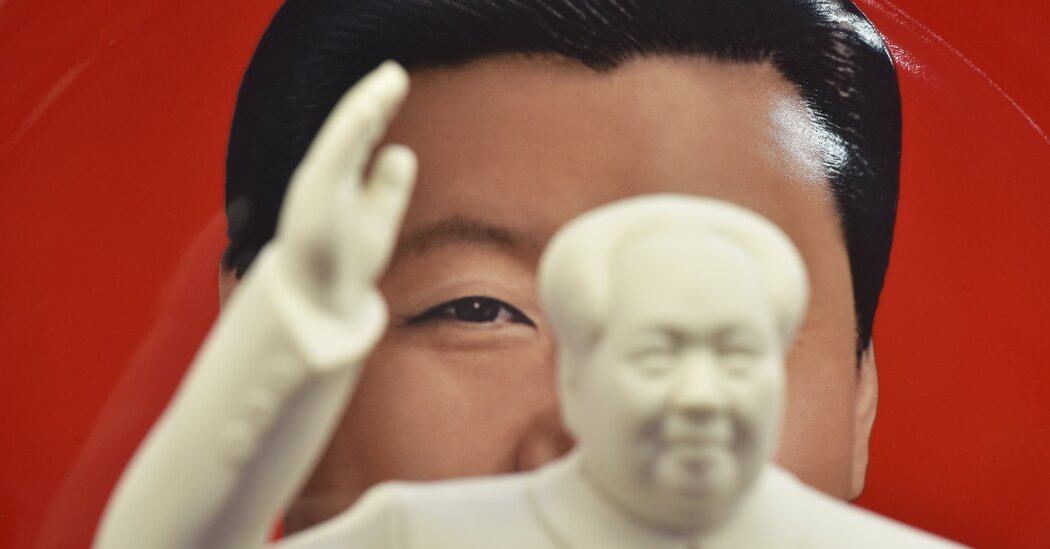 About four decades ago, Chinese Communist Party officials scoured the world for best practices, which they cautiously piloted to create the economic miracle that their country showcases today. These days, though, the Communist Party champions Chinese solutions, and not just for China but also for the rest of the world. Xi Jinping, who just received an unusual third term at the helm of the world’s most populous country, embodies a far more confident China that has begun to portray itself as an alternative to the West.

Creating a Chinese version of the World Bank, Mr. Xi inaugurated the Asian Infrastructure Investment Bank. Instead of the American dream, he speaks of the “Chinese dream,” which describes the collective pride that people feel when they overcome a century of disorder and colonial humiliation to reclaim their status as a great power. Gaining control over territories viewed as lost, including Taiwan, is considered key to the Chinese dream. So is ensuring that China, not the United States, calls the shots in Asia and beyond. Mr. Xi launched China’s first aircraft carrier and its first foreign military base, in Djibouti.

While Mr. Xi’s China undoubtedly presents the most serious challenge to U.S. global leadership in my lifetime, it also gives Americans a chance to learn from the successes and failures of a radically different system. I asked half a dozen scholars who study China what lessons Americans should draw from Mr. Xi’s tenure so far. Here’s a summary of what they told me.

‘Invisible Infrastructure’ Is the Most Important Kind

In the absence of elections, Communist Party officials in China rise up the ranks based on how well they deliver on the party’s priorities, at least in theory. For years, the top priority was economic growth. Local officials plowed money into the highways, ports and power plants that manufacturers needed, turning China into the world’s factory. Under Mr. Xi, government priorities have shifted toward self-sufficiency and the use of industrial robots, something that Chinese leaders believe is critical to escaping the middle-income trap, in which a country can no longer compete in low-wage manufacturing because of rising wages but has not yet made the leap to the value-added products of high-income countries.

But too much top-down planning can backfire. Ya-Wen Lei, a sociologist at Harvard who studies the impact of state policy on the spread of advanced technology in China, told me that some Chinese companies purchased robots that don’t work well and exaggerated their success to get government subsidies and curry favor with politicians. Directives from party officials with little expertise in robotics fetishize machines beyond their actual usefulness.

“Many manufacturers don’t want or need the government to give them guidance on technology,” she told me. Some corporate managers complained that government subsidies often flowed to politically connected firms and were wasted, while others grumbled that government directives were unpredictable and ill informed.

What many Chinese businesses wanted most, she said, was “invisible infrastructure”: a predictable judicial system, fair access to bank credit and land, and regulations that are applied without regard to political connections. Her findings, reported in detail in “The Gilded Cage: Techno-State Capitalism in China,” which will be published next fall, suggest that Beijing’s pronouncements about amazing technological advancement should be viewed with a touch of skepticism.

There’s No ‘Economic Miracle’ for Farmers

Mr. Xi had a privileged childhood as the son of a top Communist Party official. But the Cultural Revolution shattered that sheltered life; he was sent to a remote village for seven years, where he did hard labor and slept in a hillside cave home. As a result, he can claim a familiarity with rural people and rural problems that few world leaders can even imagine.

One of Mr. Xi’s most celebrated campaigns has been a vow to stamp out extreme poverty, a tacit acknowledgment that China’s economic miracle has left hundreds of millions of rural farmers behind. Only 30 percent of working Chinese adults have high school diplomas, although 80 percent of young people are getting them now, according to Scott Rozelle, a co-author of “Invisible China: How the Urban-Rural Divide Threatens China’s Rise.”

Those unskilled laborers — who will increasingly be replaced by robots, according to China’s grand strategy — present an economic challenge and a threat to political stability. Premier Li Keqiang, who was once considered a rival to President Xi, announced in 2020 that more than 600 million Chinese people scrape by on the equivalent of $140 per month.

Last year, Mr. Xi declared “complete victory” in eradicating extreme poverty in China, but skepticism about his success abounds. Some experts on China report that local officials gave out cash to rural families — one-time payments that got them temporarily over the poverty line — instead of initiating badly needed structural reforms.

“Rural Chinese in many ways are like the lowest class in a policy-driven caste system,” Mr. Rozelle told me. Nevertheless, even a flawed program to address rural poverty is better than no program at all.

Beware of the Personality Cult

When Mr. Xi became leader of the Communist Party in 2012, China was plagued by rampant corruption and eye-popping inequality flaunted by the country’s billionaire class. Leaked U.S. diplomatic cables described Mr. Xi as having been genuinely disgusted by the unbridled greed among the elite. He set out to save his rudderless Communist Party by cracking down on graft and bringing wayward nouveaux riches back into the fold by recruiting them as party members. He ordered chief executives to contribute more toward “common prosperity” and showed what could happen to those who didn’t toe the party line. (Jack Ma, China’s Bill Gates, appears to have been forced to give up control of his company and has all but disappeared from public life.)

But Mr. Xi’s crackdown went too far. Increasingly, foreign investors and Chinese entrepreneurs are fleeing. Coupled with a draconian zero-Covid strategy, Mr. Xi’s policies have sent the economy into a tailspin.

More worrisome still is the return of an atmosphere of fear and sycophancy not seen since Chairman Mao’s time. A businessman who was critical of Mr. Xi was sent to prison for 18 years. The era of relative openness to intellectual debate and foreign ideas appears to have come to an end.

Term limits and prohibitions on cults of personality, put in place to avoid another despot like Mao, have gone out the window so Mr. Xi can have more time in power. Mr. Xi has been called a modern-day emperor, the chairman of everything and the most powerful man in the world. The fate of China’s 1.4 billion people once again rests on one man.

No doubt Mr. Xi believes that he is doing the right thing for his people, that China needs an unwavering leader to become the strongest and most powerful version of itself. But that’s not how it works, according to Yuhua Wang, a political scientist at Harvard who is author of the book “The Rise and Fall of Imperial China,” released this month. Mr. Wang studied 2,000 years of Chinese history and discovered, somewhat counterintuitively, that China’s central government has always been the weakest under its longest-serving rulers.

Emperors, he explains, have always stayed in power by weakening the elites who might have overthrown them — the very people who are capable of building a strong and competent government.

“One can argue that he has good intentions,” Mr. Wang told me of Mr. Xi. But the tactics he has used to maintain power — crushing critics, micromanaging businesses, whipping up nationalist fervor and walling China off from the world — may end up weakening China in the end.

The tale of an autocratic leader who hangs on to power while promising national greatness is a cautionary, if familiar, one for people everywhere, not just in China.