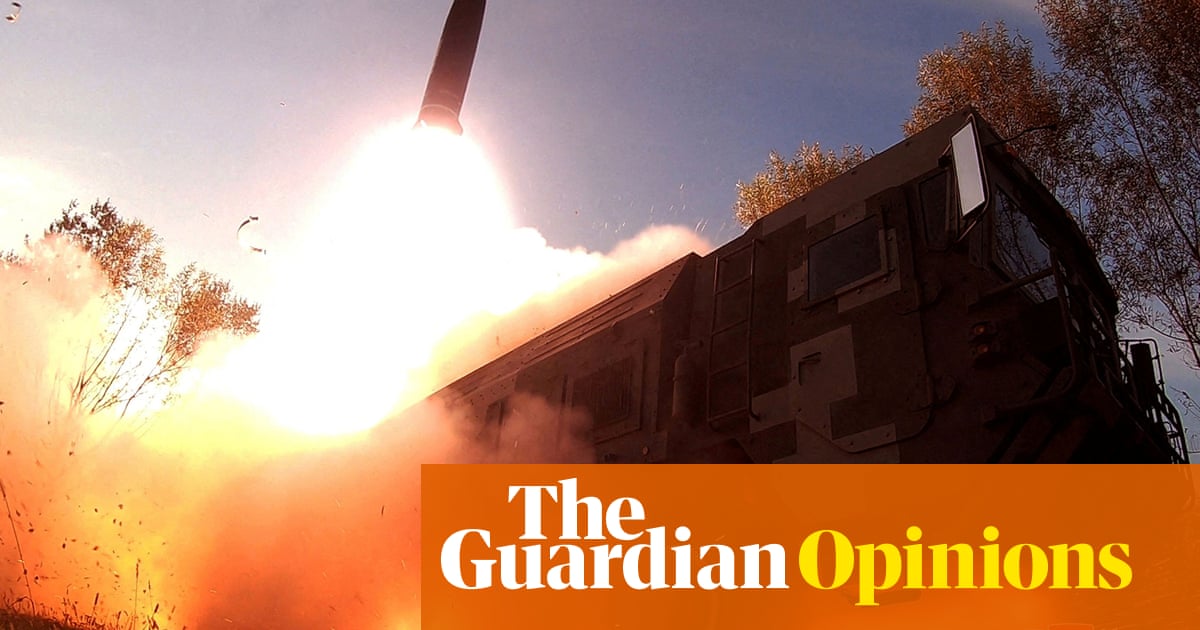 The details vary, but the pattern is immediately recognisable: a volley of missiles, followed by chilling new rhetoric. This time, North Korean state media said the recent flurry of tests simulated strikes on South Korean and US targets with tactical nuclear weapons. It is likely to conduct a seventh nuclear test soon. Pyongyang is not about to reduce Seoul or San Francisco to a sea of ashes: the leadership is not suicidal. But its capabilities are steadily growing; and so are the risks of missteps, perhaps especially in light of its pandemic isolation. Last month, the country hardened its position with a new law enshrining its right to “automatically” use preemptive nuclear strikes to protect itself, and stressing that its nuclear status is “irreversible”.

The prospects for addressing the issue have rarely looked dimmer. Kim Jong-un is usually expert at grabbing attention. But Joe Biden’s lies elsewhere. True, the trip to Seoul last month by the US vice-president, Kamala Harris, was his administration’s third major visit this year. Recent trilateral exercises by the US, Japan and South Korea sparked the latest missile launches; the USS Ronald Reagan aircraft carrier, which took part in those drills, recently returned to waters near the peninsula. But the US is focused on war in Ukraine and the related energy and cost of living crisis, along with strategic rivalry with China and its myriad domestic problems. Pyongyang is way down the agenda.

The possibility of North Korea trusting the US – always extremely low – seems nonexistent after the highs and lows of its dealings with Donald Trump, who also left the South with diminished faith in the US security guarantee. Beijing and Moscow will not support sanctions again: Mr Trump’s embrace of Mr Kim saw Xi Jinping, who had previously disdained his youthful counterpart, forced to hug him closer. China now appears willing to funnel in aid with few conditions. Russia is hardly going to condemn North Korea at the UN when Pyongyang is one of its few active backers over Ukraine.

In South Korea, the failure of former president Moon Jae-in’s attempts at a thaw has been followed by his conservative successor Yoon Suk-yeol’s “audacious initiative” of economic aid in return for abandoning the nuclear programme: widely seen as a non-starter even before Pyongyang’s rebuff. The feasibility of denuclearisation, always extremely improbable, seems to have vanished, barring unforeseen and unlikely developments such as regime collapse. The regime has taken the lessons of Iraq and Libya to heart, and US withdrawal from the Iran nuclear deal has only reinforced its beliefs. Even arms controls talks look very distant.

The North’s belligerence and capabilities are one reason why Japan’s prime minister says he is reshaping its security strategy. South Korea’s battered confidence in the US umbrella might not withstand another Trump or Trump-like administration. Public support for an independent nuclear deterrent now stands at more than 70%. While there is so far very limited political interest, the issue is increasingly under discussion; Russian use of tactical nuclear weapons in Ukraine would be a gamechanger, especially if the US response was judged inadequate. Others have suggested the redeployment of US tactical assets to the peninsula, even more likely to provoke Beijing’s fury and escalate the ongoing crisis. A better option might be closer multilateral cooperation on deterrence with Japan and Australia. Above all, attempts to talk to North Korea must continue – however vain they appear.