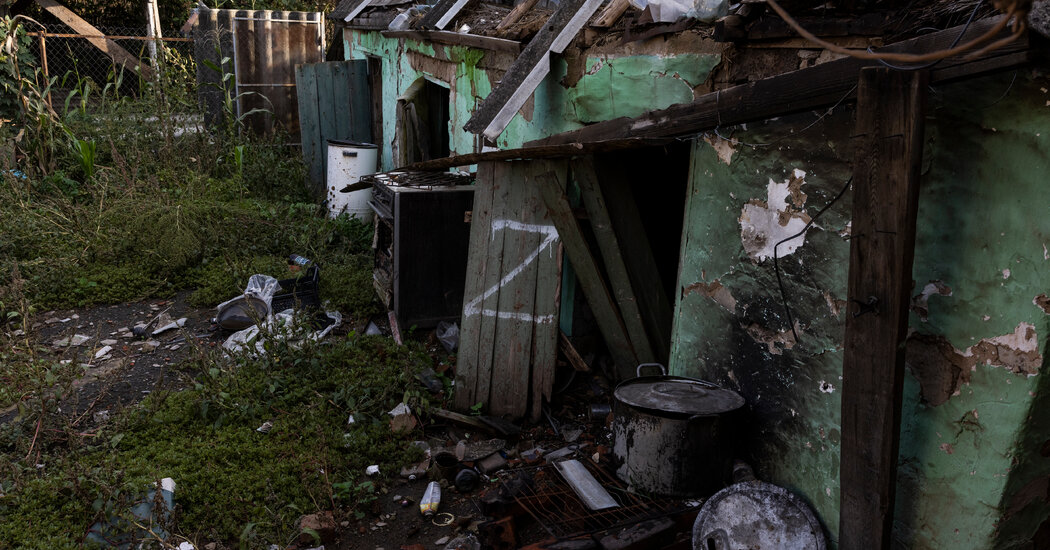 The worldview behind Vladimir Putin’s invasion of Ukraine assumed the following premises: The West and America are declining, decaying and internally divided. The globalized world is becoming multipolar, with “civilization-states” re-emerging and competing to claim their spheres of influence. And Russia and China in particular represent potent alternatives to Western liberalism that stand ready to contend for global dominance.

As badly as the war has gone for Putin, some of this analysis still holds up. The world has indeed responded to the Ukraine War along multipolar lines. Saudi Arabia’s snub of the Biden administration’s plea to pump more oil is just the latest example of how the anti-Russian coalition is essentially a Western coalition, with India, China and the Arab world playing more cynical and complicated parts.

Meanwhile, the West’s unity, while obviously more impressive than Putin expected, is still a thin netting flung over deeper vulnerabilities. There has been no sustained post-Covid boomtime, no new era of good feelings. The populist wave is not receding; since the war in Ukraine began the European establishment has suffered political disappointments and defeats in Sweden and Hungary and Italy. Two of the governments most committed to the defense of Ukraine, Joe Biden’s administration and Britain’s Tory government, are well underwater in approval polls. Europe has only just begun to feel the cost of its naïve energy policies, and Western economies are caught between measures that feed inflation and solutions that might induce recession.

So in key respects the world still looks as Putin imagined it more than seven months ago, with clear opportunities for a potent challenger to the liberal world order. But now we know something that he didn’t when he ordered the invasion: Russia isn’t that potent challenger, and its claims to represent an alternative to the liberal West have melted into Ukrainian mud.

It’s not only Putin’s regime showing signs of illiberal meltdown. Beijing still looks much more powerful than Moscow, but China’s early-Covid successes have given way to an insane-seeming attempt to sustain a “zero Covid” policy at whatever cost to prosperity, domestic tranquillity and global influence.

At the same time Iran, whose Islamic Republic represents a different sort of rival to Western liberalism, is enduring a wave of protests that, even if they don’t topple the regime, are a reminder of just how miserably unpopular the Islamic Revolution is today.

As the right-wing gadfly Richard Hanania, usually a critic of liberal pieties and American self-regard, acknowledged in a recent essay, 2022 has been pretty good for the well-worn, Francis Fukuyama argument that liberal democracy lacks plausible ideological competitors. Liberalism has enemies aplenty, sure, and relative to the origin point of Fukuyama’s “End of History” argument in 1989, the liberal order is showing clear signs of internal decay. But a desire for alternatives is not enough to bring them into being; instead, we’re seeing that a world system can weaken dramatically without its rivals being ready to supplant it.

If Russia is the biggest, ugliest flop, China is the more interesting case. It was always clear that Putinism existed in an imitative, parodic relationship to the West — as a pseudo-democracy, not a true rival with a different source for its legitimacy. But China over the last few decades seemed to be creating something more stable and self-legitimating, a one-party meritocracy capable of managing peaceful transitions from one leader to another, resistant to cults of personality and able to steward rapid economic and technological progress.

But the combination of Xi Jinping’s Mao-lite consolidation of personal power and his government’s conspicuous failures (on economic management and soft-power diplomacy, not just the Zero Covid blunders) suggests that China’s system is reverting to an authoritarian mean, that the idea of one-party meritocracy collapses back into banal dictatorship the moment you get a mediocre leader.

Then the turmoil in the Islamic Republic is interesting in a different way. As Shadi Hamid noted in a provocative essay for First Things, the Muslim world’s various Islamist movements anticipated the more recent Western fascination with (and fear of) “post-liberal” politics — offering non-Western attempts to forge a political-cultural system that could claim to be secular liberalism’s successor, not just a throwback to the past.

So their mixture of failure, defeat and, in the Iranian case, corruption and stagnation stand as a sustained caution to Western thinkers trying to imagine something after liberalism.

These imaginings will continue because liberalism remains on a path to an unhappy destination — sterile, fragmented, stagnant, dystopian. All the optimistic chest-thumping about the Ukraine War inspiring a wider liberal revival has not altered that reality.

But in Moscow, in Beijing, in Tehran, you can see other roads available, and all of them run quickly down into the dark.