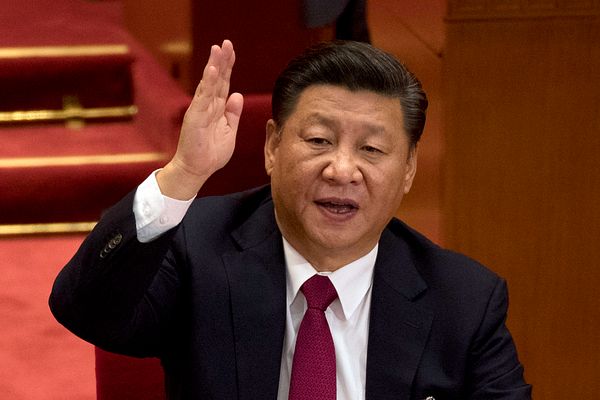 On October 16, China’s biggest political event – the 20th National Party Congress of the Chinese Communist Party – will officially open. Each Party Congress is closely watched for the big leadership reveal at the end, when the new members of the Politburo Standing Committee (PSC) come marching out in hierarchical order. But there is plenty more to watch for, including the lengthy work report evaluating the CCP’s achievements over the last five years. This year especially, with recent precedents at stake, the broader implications of the 20th Party Congress will be enormous.

This two-part series outlines 10 specific things to pay attention to once the 20th Party Congress convenes: five relating to the leadership shuffle (see part one), and five dealing with the work report.

The work report is the lengthy presentation by the sitting CCP general secretary outlining the perceived achievements of the past five years, and setting the stage for the CCP’s priorities and polices for the coming five years. As Peter Mattis argued for War on the Rocks, the work report is “the party’s most authoritative statement of its objectives.” That makes it a critically important indications of Beijing’s intentions and goals, but as Mattis pointed out, it is often overlooked by analysts. That’s in part because it is overshadowed by the revelation of personnel changes on the Politburo and Politburo Standing Committee (and in part because it’s very long – last year’s speech ran a whopping three hours and 20 minutes).

This year, don’t get so sidetracked by the PSC lineup that you forget to review the Party Congress work report. Here are five things in particular to watch for.

One of the biggest questions on the minds of Chinese people is how long the CCP will stick to its “zero-COVID” policy. More and more people are questioning the wisdom of locking down apartment buildings, neighborhoods, and at times entire cities for a handful of cases, given the economic and social toll these draconian measures take. As I’ve written previously, many Chinese are hopeful that once the 20th Party Congress successfully concludes – thereby ending a year of intense political sensitivity – the party will give the go-ahead to a reopening process. But there’s no guarantee that will actually happen.

Xi Jinping’s work report at the 20th Party Congress will contain some major clues on the future of China’s COVID-19 policy. It’s a certainty that Xi will lavishly praise the efforts undertaken so far and China’s low case and death counts compared to other nations. But will he frame the “zero tolerance” approach toward COVID-19 as an ongoing battle or a war that has already been won?

2. How Will the CCP Approach China’s Economy?

China is mired in several overlapping economic crises, from trouble in the real estate sector to insolvent banks, all as the zero-COVID policy continues to drag down its economy. Economists have long warned that China’s growth model was unsustainable; now the bill seems to have come due.

In 2017, Xi’s work report trumpeted a “a constant improvement in the quality and effect of development” and “a steady improvement in the economic structure.” However, he also acknowledged “unbalance and inadequate development and the people’s ever-growing needs for a better life” as China’s new “principal contradiction.”

Xi will also claim economic “successes” in 2022, likely leading off with China’s declaration of success in building a “moderately prosperous society” by the CCP’s centennial in 2021. What party leadership chooses to highlight as economic gains over the past five years will be an important indication of how the CCP views China’s economy.

The work report will also help us understanding what to expect in terms of economic priorities for the next five years. In 2017, Xi specifically mentioned “industrialization, IT application, urbanization, and agricultural modernization.” What economic priorities will get the nod this year? And will “common prosperity” make a comeback in the work report or be quietly shelved for being too disruptive amid existing headwinds?

Xi noticeably toughened the section on Taiwan in his work report to the 19th Party Congress. “We stand firm in safeguarding China’s sovereignty and territorial integrity, and will never allow the historical tragedy of national division to repeat itself. Any separatist activity is certain to meet with the resolute opposition of the Chinese people,” he declared. Xi also repeatedly stressed the importance of the “1992 Consensus” for cross-strait relations; at the time Taiwan’s President Tsai Ing-wen had been in office for just over a year and Beijing may have still hoped to persuade her to endorse the nebulous agreement on “one China.”

Since then, Xi’s language toward Taiwan had hardened still further, most notably in a 2019 speech and a white paper on Taiwan released in August of this year. Xi has been asserting more openly that he is unwilling to wait much longer to fulfill the long-held dream of absorbing Taiwan. Will Xi’s 2019 assertion that the cross-strait division cannot “be passed on from generation to generation” – or some other time-bound language – become official CCP doctrine in this year’s work report?

4. What Are the New Catchphrases, and is the BRI on the Way Out?

Noting how various CCP slogans rise and fall in the party congress work reports is a good way to track the party’s investment in various initiatives. And no capital-I Initiative has received more international attention than the Belt and Road Initiative (BRI) since its launch in the fall of 2013.

In the last party congress work report in 2017, Xi declared that China “should pursue the Belt and Road Initiative as a priority.” Even more importantly, the 19th Party Congress also added a reference to the BRI into the CCP constitution. But as Andreea Brinza pointed out, over the past year the BRI has been quietly vanishing from official statements by Chinese leaders – especially Xi himself. As Brinza noted, however, “[T]he ideas around the BRI are not disappearing. Instead, they are mutating toward a new narrative: the Global Development Initiative (GDI).”

Given this transition – which comes amid persistent questions about the BRI’s performance – how will Belt and Road figure into the party congress work report, especially as compared to the new GDI, which was launched in September 2021? The GDI’s companion, the Global Security Initiative, could also receive top-level endorsement through its inclusion in the party congress work report. Their presence or absence will tell us a lot about how serious the CCP is about these new initiatives – and thus how seriously the world should take them.

In 2002, the 16th National Party Congress declared that China was in “a period of important strategic opportunity for development.” The implication was that China had a window of opportunity to seize momentum and develop into a world power while working within the confines of the existing strategic, economic, and diplomatic order. For context, this statement was made in the immediate aftermath of China’s ascension to the World Trade Organization, at a time when the U.S. and other liberal democracies were prioritizing trade with China over the strategic challenges posed by China’s rise.

Fast forward to 2017, at the 19th Party Congress, and Xi’s work report held that the window was still open – but only just. “China is still in an important period of strategic opportunity for development; the prospects are bright but the challenges are severe,” Xi declared. In other words, China faced increasing pressure to its “strategic opportunity for development” – possibly necessitating a new approach. A CCP that sees the world order as essentially conducive to its strategic rise will act very differently from a CCP that believes the opposite.

Intensifying geopolitical competition over the last five years, particularly between China and the United States, has only increased the “severe” challenges posed to China’s window of opportunity. Will the concept hold at this year’s party congress work report?

As recently as August 2022, Chinese state media quoted Xi as saying that “China remains in an important period of strategic opportunity for development, but there are new changes in the opportunities and challenges the country faces.” He added, “The whole Party must be fully aware of the long-term, complex and arduous nature of the great struggle on the road ahead.”

The language used in the work report will probably mirror Xi’s recent speech. But given the authoritative nature of the Party Congress work report, it will be an even more useful indication of how China views its strategic environment.