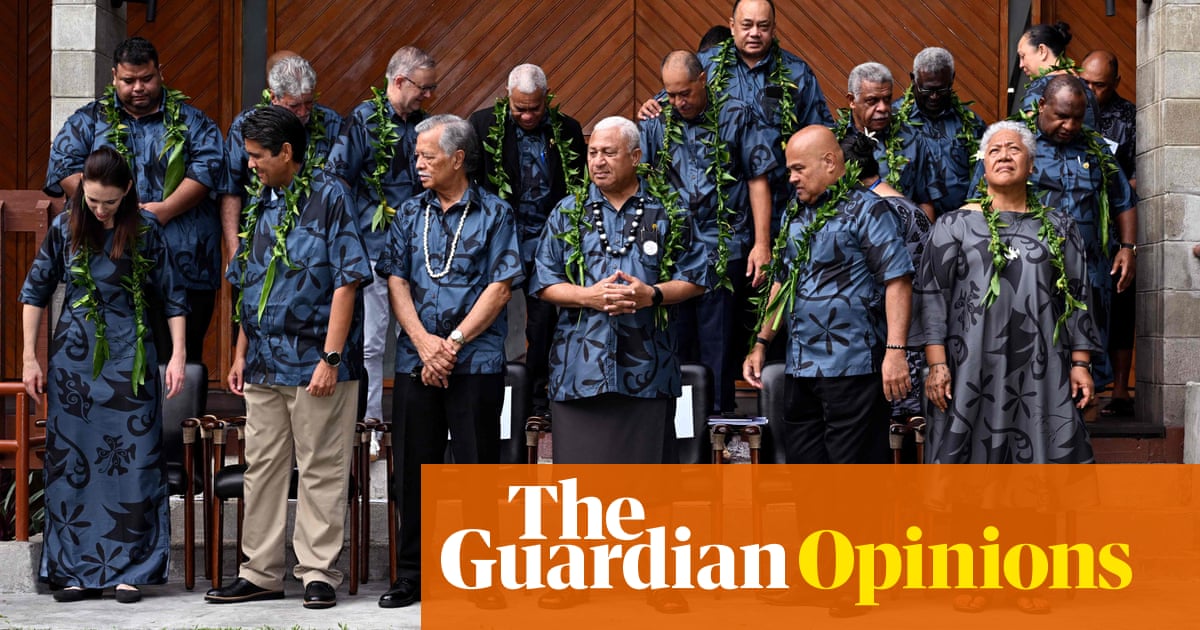 This week, the White House will host its first-ever summit with Pacific Islands leaders. The Pacific spans nearly a third of the globe and is home to 16 island nations. In geostrategic terms, the region is more important today than any time since the second world war.

The summit is a direct response to China’s growing influence in a region where western strategic interests have long gone unchallenged. The significance of this development is amplified by persistent whispers that China’s navy seeks permanent access to Pacific port facilities.

Yet forceful US pushback against China in the Pacific, or veiled threats to island governments, are unlikely to be successful. US officials must accept the reality that China is in Oceania to stay, and that island leaders now have the leverage to influence the evolution of the regional order.

Most of these democratically-elected leaders are favourably inclined towards the US, even if American engagement has been anaemic. But they expect to be respected as partners, not merely used as geopolitical pawns. In line with a “friends to all” foreign policy approach, most value relations with both competing powers and do not want to be forced to choose sides.

There is little appetite, especially in the South Pacific, for increased militarisation, given the lingering health and environmental legacies of cold war nuclear testing in the Pacific. Moreover, many resent the region being framed as a footnote in Washington’s larger Indo-Pacific strategy, especially since they do not regard China as a threat to their security. As Samoa’s prime minister, Fiame Naomi Mata’afa, commented recently: “That’s someone else’s narrative.”

Endowed with resource-rich 200-mile (320km) exclusive economic zones, islanders see themselves as the large ocean states of the Blue Pacific continent, not insignificant specks of land scattered across empty ocean space. The existential threat of climate change is by far the Pacific leaders’ top priority.

They are buoyed by President Joe Biden’s commitment to climate change action and welcome special envoy John Kerry’s regional engagement. However, they were disappointed when critical US-China climate talks were suspended following the controversial Taiwan visit of the US House speaker, Nancy Pelosi. And the leaders understand that climate progress may falter if Democrats fail to maintain congressional majorities or lose the White House in 2024.

Although US support for climate mitigation and adaptation are welcome, as are plans for three new US embassies, support for fisheries management, and expansion of the Peace Corps, implementation of US programs has been sluggish.

Beyond bureaucratic inertia, there is a striking lack of institutional knowledge about the Pacific. A new US Institute of Peace report concludes that Washington’s capacity to manage its relations with three US-affiliated island nations in the North Pacific “has eroded over decades”. Indeed, less than a week before the summit, Washington has had to respond to complaints and broaden its invitation list to include all members of the Pacific Islands Forum, the premier regional organisation.

US officials have also underestimated how much access to US higher education is valued in the region. Congress currently funds only a handful of scholarships annually for the Pacific’s best and brightest, whereas China awards more than a thousand.

Above all, the US should avoid making overbearing demands

Nearly two years after the commitment from the secretary of state, Antony Blinken, that the US relationship with China will be “competitive where it should be, collaborative where it can be, adversarial where it must be”, it appears that the antagonistic elements are increasingly undermining opportunities for collaboration.

The Biden administration’s summit is an earnest effort to elevate US relations with the Pacific Islands. But the US must avoid a transactional China-centric approach in favour of forging broader and deeper regional ties.

Critical components for the success of the summit include US acknowledgment of the Pacific Islands’ growing agency in international affairs, close attention to island perspectives, and acceptance of the need to envision a regional order that reflects current realities. Above all, the US should avoid making overbearing demands. China recently learned this lesson when it unsuccessfully attempted to push through a 10-nation regional economic and security agreement without appropriate consultations.

The stakes are high for this historic event, with prospects for a successful outcome far from assured. However, by finding common ground for collective action, President Biden can hope to reduce the chances of China getting a military toehold in the region.

For their part, the Pacific leaders will insist on action to preempt further climate-related devastation across the vast expanse of the Blue Pacific.