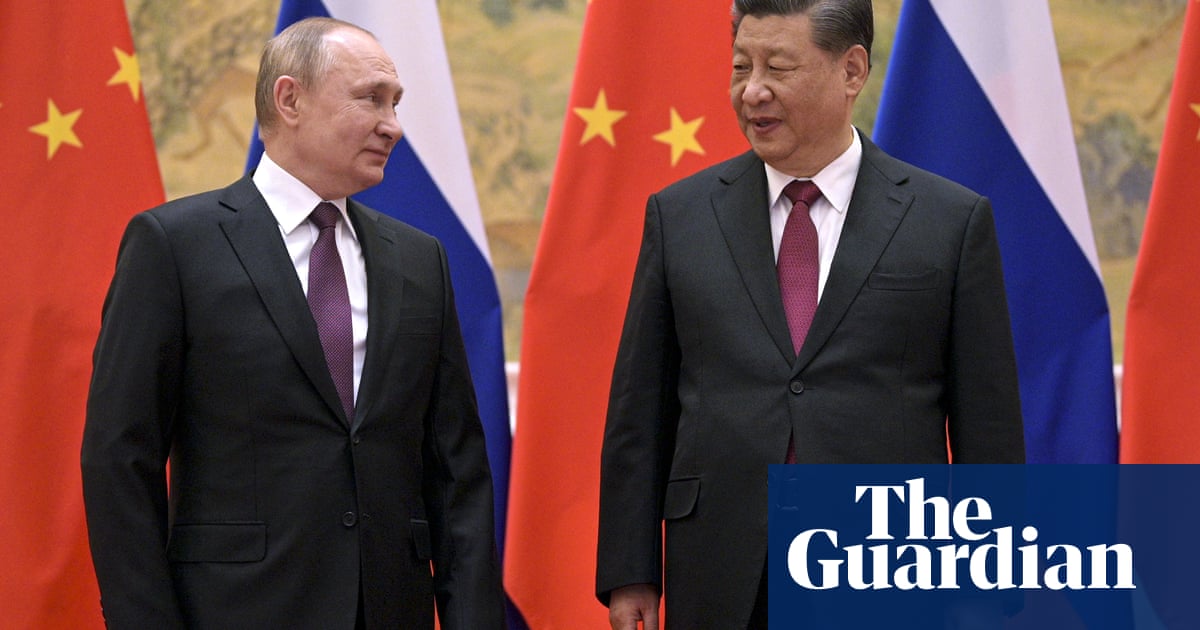 Xi Jinping could meet Vladimir Putin in mid-September at a regional summit in the Uzbek city of Samarkand, it has been reported.

According to the Wall Street Journal, preparations are being made for the Chinese president to travel to Samarkand on 15 September for a meeting of the Shanghai Cooperation Organisation (SCO).

Xi’s office signalled he might attend in person, the report said, and that as well as Putin, bilateral meetings could also be held with the leaders of Pakistan, India and Turkey. However, officials cautioned that the Chinese leader’s plans could change and it was possible that he could just attend virtually. Xi has not left China since January 2020.

The SCO did not respond to a request for comment on Friday. The Russian state-owned news agency, Tass, reported in June that Putin was planning to attend the SCO summit.

Xi and Putin are also expected to be at the G20 summit in Bali in November, a meeting in which the US president, Joe Biden, is due to take part. The Ukrainian president, Volodymyr Zelenskiy, has said he would participate remotely.

The Samarkand and Bali summits will provide an opportunity for critical face-to-face discussions at a time of extremely high tension, particularly over Russia’s invasion of Ukraine and China’s aggressive military posturing around Taiwan. The People’s Liberation Army carried out unprecedented military exercises around the island after a visit by the US house speaker, Nancy Pelosi, in early August.

Beijing has supported Moscow rhetorically over Ukraine, refusing to criticise the invasion, but there is no evidence it has supplied weapons, as some US officials had feared. The last time they met, in Beijing in February, Putin and Xi vowed that the bilateral relationship would have “no limits”.

The Russian military debacle in Ukraine is reported to have affected Chinese military thinking over Taiwan in ways that are still unclear. Russia’s problems have served as a reminder that China does not have everything in place yet necessary for an invasion, and that to invade without full preparation could be costly.

On the other hand, the longer China puts off an attempt to reintegrate the island by force, the greater Taiwan’s opportunity to arm itself and learn from Ukraine’s success in keeping Russian forces at bay.