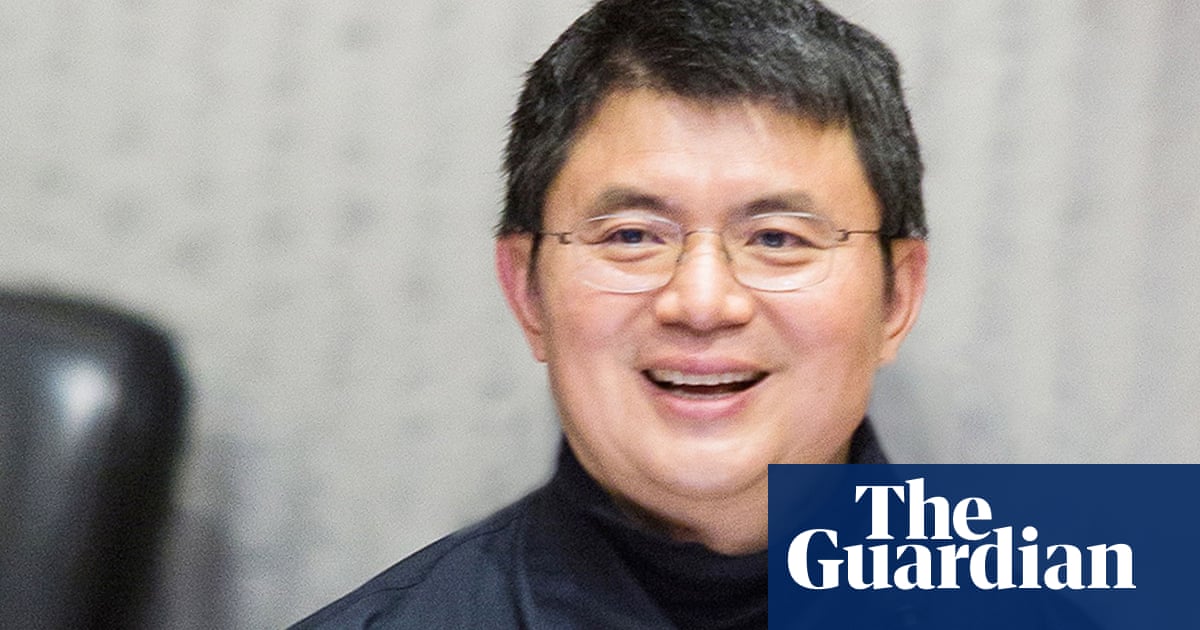 Xiao Jianhua, a Chinese-Canadian billionaire at the centre of an alleged abduction scandal in Hong Kong in 2017, has been sentenced by a Shanghai court to 13 years in prison and his company fined a record 55.03bn yuan (£6.8bn).

Xiao, 50, and his Tomorrow Holdings conglomerate were charged with illegally absorbing public deposits, betraying the use of entrusted property, and the illegal use of funds and bribery, the Shanghai first intermediate court said.

From 2001 to 2021, Xiao and Tomorrow gave shares, real estate, cash and other assets to government officials totalling more than 680m yuan, to evade financial supervision and seek illegitimate interests, the court said.

Born in China and educated in the country’s top institution, Peking University, Xiao was known to have links to the country’s Communist party elite. But he has not been seen in public since 2017 after he was investigated amid a state-led conglomerate crackdown.

A reclusive figure, Xiao’s massive business fortune was turned upside down in January 2017 when he was whisked out of Hong Kong’s Four Seasons hotel in a wheelchair allegedly by plainclothes Chinese security agents, who at the time were not permitted to operate in Hong Kong.

He was taken across the border into China, possibly by boat to avoid immigration checks, according to a report in the New York Times.

Hong Kong police said at the time that he had crossed the border into mainland China. Tomorrow also said he was on the mainland. Still, the episode rocked Hong Kong at a time of increased influence from Beijing. Two years earlier, five Hong Kong booksellers disappeared from various locations in Asia and resurfaced in mainland China.

In the years since his disappearance, Xiao’s business empire had been restructured. In July 2020, nine of the group’s related institutions were seized by Chinese regulators as part of a crackdown on risks posed by financial conglomerates. A few months later, state-owned investment firm China Chengtong Holdings Group said it would acquire a majority stake in a securities firm linked to Tomorrow Group.

But news of Xiao’s fate did not begin to emerge until this year. Last month he was finally put on trial, more than five years after his alleged abduction.