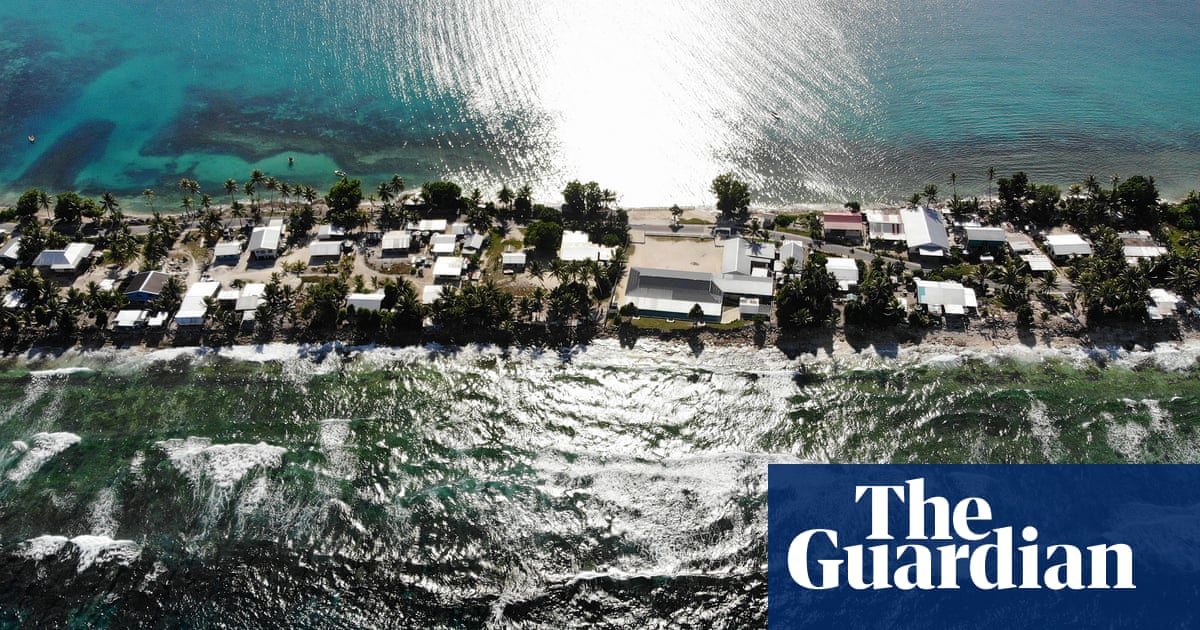 Australia’s defence minister, Richard Marles, has warned of the use of “force or coercion” in the South China Sea and “intensification of major power competition”, references to China’s rising power in the Indo-Pacific.

Marles made the comments in a speech to the Center for Strategic and International Studies on his visit to the US, committing Australia to closer cooperation with the US, higher defence spending and to address the climate crisis in part as a national security issue.

It coincided with a separate announcement that the Australian and US governments would work together to accelerate zero emissions technology, including long duration energy storage, integration of renewable energy into power grids and removal of carbon dioxide from the atmosphere.

The climate change and energy minister, Chris Bowen – who announced the partnership in Sydney on Tuesday with the US secretary of energy, Jennifer Granholm – said it was a commitment “to make climate change a centrepiece” of the Australia-US alliance.

Marles’ US visit comes as Australia is attempting to reset relations with China, after Labor’s election in May. After several years of diplomatic freeze, China has recommenced ministerial meetings with Australia. Marles met his Chinese counterpart in Singapore in June and foreign minister Penny Wong met hers, Wang Yi, last week.

That produced warnings from China to treat it as a partner, not a threat or opponent, to which the Australian prime minister, Anthony Albanese, that responded he would act in the national interest not according to Chinese demands.

In Washington DC, Marles said the Australia-US alliance faced “a military buildup occurring at a rate unseen since world war two; the development and deployment of new weapons … expanding cyber and grey zone capabilities … and the intensification of major power competition”.

These “compel an even greater Australian focus on the Indo-Pacific” to preserve “an inclusive regional order founded on rules agreed by all, not the coercive capabilities of a few”, he said.

“In particular we worry about use of force or coercion to advance territorial claims, as is occurring in the South China Sea, and its implications for the any number of places in the Indo-Pacific where borders or sovereignty is disputed.”

Marles argued the US alliance “affords Australia capability, technology, and intelligence advantages we could not acquire or develop on our own”.

He praised the US president, Joe Biden, for rejecting Russia’s “brutal attempt to subjugate a sovereign state” in Ukraine and seeking to prevent a world “where only great powers are truly sovereign and where the choice of smaller states is to be either a vassal or an enemy”.

“Only by ensuring such tactics fail can we deter their future employment, in Europe, the Indo-Pacific, or elsewhere.”

Avoiding direct references to China, Marles said the US-Australia alliance will need “to operate in a much more challenging strategic environment in the Indo-Pacific” and “to contribute to a more effective balance of military power aimed at avoiding a catastrophic failure of deterrence”.

Marles promised Australia “will take greater responsibility for its own security” including investing to “increase the range and lethality of the Australian defence force so that it is able to hold potential adversary forces [at bay]”.

In particular, the Aukus pact to acquire nuclear submarines would make Australia safer and “a more potent and capable partner”, he said.

Marles said that “no one and no country is immune” from the threat of climate change, promising to make it a pillar of the US alliance because it is a “national security issue”.

He cited the “intense vulnerability” felt by Australia’s Pacific neighbours, which have labelled it an “existential threat”.

Since Solomon Islands announced a security pact with China, Australia has intensified outreach to Pacific nations, urging them to look to regional partners such as Australia for security solutions first.

Marles said Australia would “not take our status for granted” because Pacific countries “have choices about their partners”.

“The Pacific has been clear in saying that geopolitical competition is of lesser concern to them than the threat of rising sea levels, economic insecurity, and transnational crime.

“Australia respects and understands this position. And we are listening.

Albanese told an international energy forum in Sydney on Tuesday that Australia had rejoined the ranks of “trusted global partner” on climate action. He then left to attend the Pacific Islands Forum in Fiji, where the climate crisis is a major focus.

Bowen and Granholm used the forum, hosted by the Australian government and the International Energy Agency, to announce a “net zero technology acceleration partnership” between the countries.

Both suggested it should ultimately make the two countries less reliant on Chinese clean energy supply chains. The Chinese are responsible for about 80% of the global manufacturing supply chain for solar energy.

Bowen said the partnership was “a huge milestone in ramping up the US and Australia’s shared commitment to ambitious climate action and energy security”.

“We will work to ensure critical minerals supply chains are secure and resilient– ramping up production, processing and manufacturing capacity,” he said. “These technologies and supply chains will be critical to the roll-out of renewable energy in Australia and the United States.”

The net zero partnership announcement included a memorandum of understanding between Australia’s CSIRO and the US National Renewable Energy Laboratory to work together develop clean energy technology.