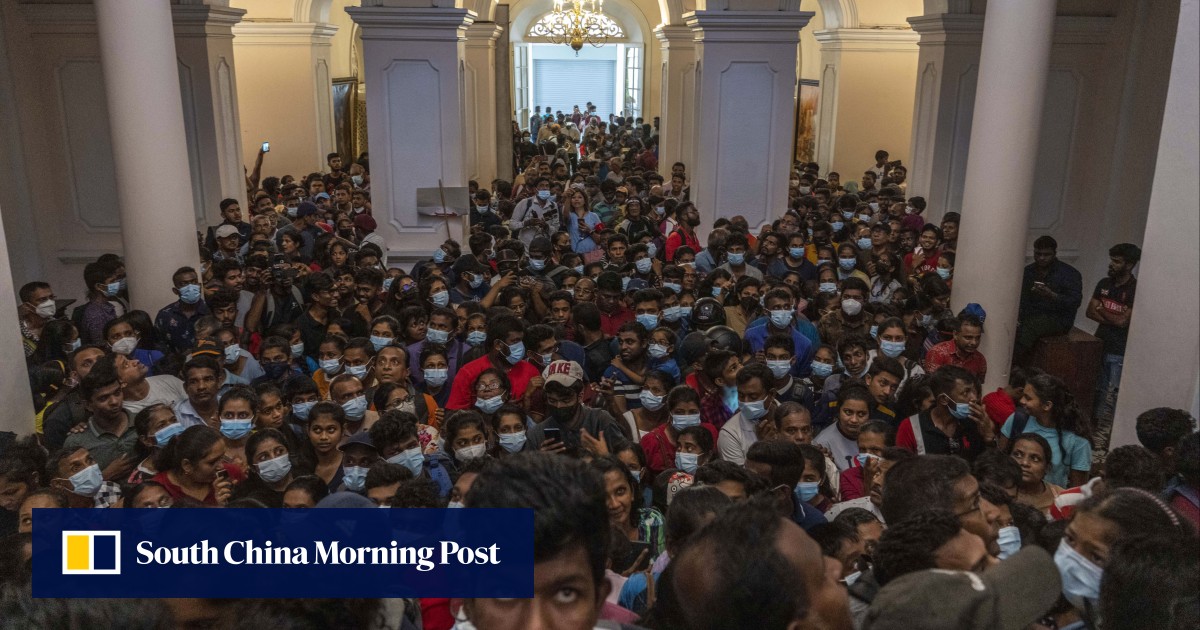 The Rajapaksa family, which has dominated Sri Lankan politics for nearly two decades, was considered friendly to Beijing. When Mahinda Rajapaksa – Gotabaya’s older brother – was in power from 2005 to 2015, Colombo agreed to a number of Chinese infrastructure projects including a port in Hambantota that was leased to a Chinese state firm under a 99-year deal as part of a controversial debt-for-equity swap.

“In the short run, there will be a big impact on China’s relations with Sri Lanka because the influence of the Rajapaksa family in Sri Lanka’s political circles will be undermined and a political comeback will be unlikely in the near future,” Lin said.

He said the crisis, driven by soaring inflation, high debt and economic mismanagement, was also a “reminder” for Chinese investors looking to developing nations that are vulnerable to increasing fuel costs, food shortages and rising US interest rates.

“I won’t call it a lesson but it is a reminder that local governance competence should be taken into consideration when investing overseas – especially when the overall international environment is not good and given that the debt ratio of countries in South Asia is generally very high,” Lin said.

“Chinese investments [in Sri Lanka] will suffer some losses,” he added.

There has been speculation opposition leader Sajith Premadasa could take over as prime minister if he can secure a majority in Sri Lanka’s parliament, which may add to uncertainty for China since he is believed to be keen on forging closer ties with its regional rivals India and Japan.

But Liu Zongyi, a senior fellow with the Shanghai Institutes for International Studies, said Beijing had maintained “friendly relationships not just with the Rajapaksa family but every political party in Sri Lanka”.

“China is not leaning towards one faction or the other,” Liu said. “That’s why the previous Sri Lankan governments have all wanted to maintain friendly and cooperative ties with China.”

Lin from Fudan University also said that over the long term, Sri Lanka would be unlikely to move away from China, one of its biggest creditors and a key foreign investor in the nation.

Since the economic crisis began, Sri Lanka has been increasingly dependent on its neighbour India for essentials such as fuel and medical supplies, and it has also extended credit lines and currency swaps to Sri Lanka worth over US$3 billion. But Lin said suspicions about the country’s powerful northern neighbour ran deep.

“There is no need to be too pessimistic about China-Sri Lanka relations, because Sri Lanka’s relationship with India has its inherent structural contradictions, and Sri Lanka actually needs a country like China as a counterbalance with India,” Lin said.

Sri Lanka is located in the Indian Ocean, a strategic position for international trade. The nation had been trying to rebuild after a devastating civil war and more recent economic fallout from a 2019 terrorist attack when the Covid-19 pandemic hit its tourism industry, which had supported 10 to 15 per cent of the economy. The crisis has been exacerbated by Russia’s invasion of Ukraine in February, since Russia is the third largest market for Sri Lanka’s tea exports and was unable to pay after it was blocked from the Swift global payments system.

Colombo has asked Beijing for help – including a US$1 billion loan to meet repayments and a US$1.5 billion credit line to buy Chinese goods – but no significant progress has been made after months of negotiations.

China and Japan each account for 10 per cent or less of Sri Lanka’s external debt, and most of its debt is owed to international bondholders.