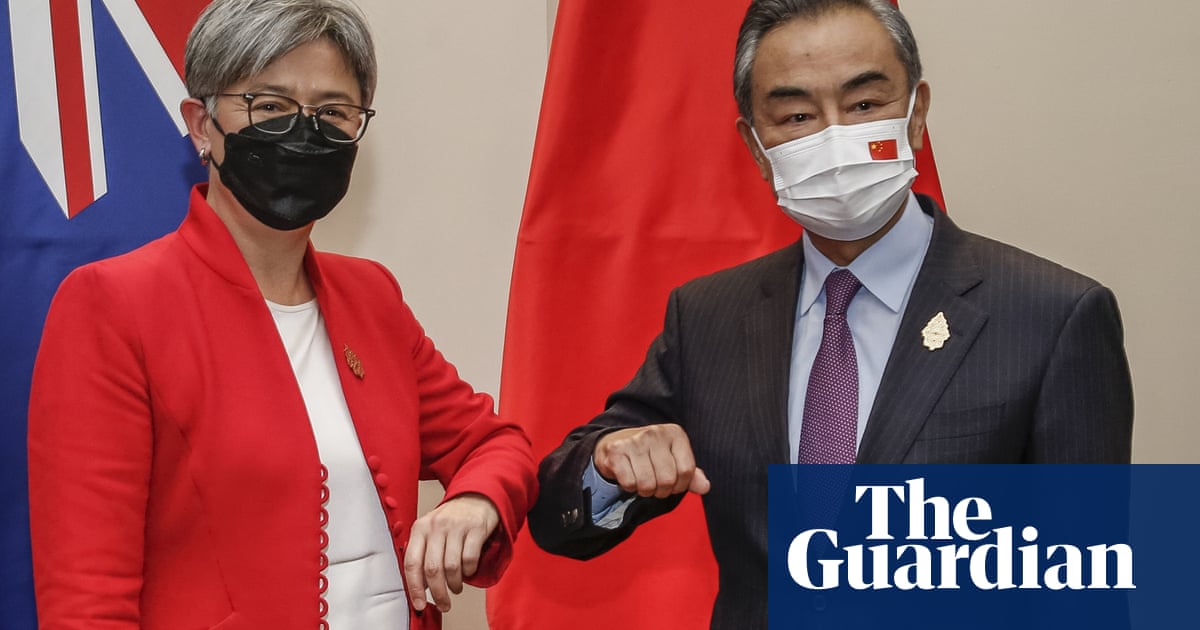 Penny Wong, Australia’s foreign affairs minister, says Canberra and Beijing have taken the “first step towards stabilising the relationship” after the first face-to-face meeting between the two countries’ foreign ministers since 2019.

After a meeting with Wang Yi, her Chinese counterpart, on the sidelines of the G20 summit in Bali on Friday, Wong told reporters Australia would continue to push for an end to Beijing’s “coercive” trade sanctions against a range of exports, and would also not recoil from any domestic policy decisions taken “on the basis of our national interest, our security and our sovereignty”.

Wong said substantial differences remained between Canberra and Beijing despite Friday’s much-anticipated diplomatic thaw. But she said the conversation in Bali was an important breakthrough after years of estrangement.

“We spoke frankly and we listened carefully to each other’s priorities and concerns. As you would expect, I raised a number of issues in relation to bilateral, regional and consular issues.”

Wong said Australia and China had both gained much through the strength of long-term economic and people-to-people ties, but “we do have our differences”.

“But … we believe it is in the interests of both countries for the relationship to be stabilised, and this Australian government will always seek to resolve issues calmly and consistently under the comprehensive strategic partnership and in accordance with Australia’s national interest.

“What I can say to you is this is the first step towards stabilising the relationship.”

Wong confirmed she had raised Australia’s objections to China’s trade sanctions against a range of exports including meat, crayfish, timber and coal. Australia is pursuing trade disputes in the World Trade Organization over anti-dumping tariffs on wine and barley.

She also raised the ongoing detention of the Australian journalist Cheng Lei, an anchor for the Chinese state-owned, English-language news channel China Global Television Network, and the plight of the Australian writer Dr Yang Hengjun, who has been detained by Chinese authorities since early 2019.

“It is unsurprising that we would raise consular cases including Cheng Lai and Dr Yang,” Wong told reporters in Bali. “You would anticipate that we discussed the trade blockages that exist and that remains the government’s position. Those trade blockages should be removed and we have said so publicly and our private position reflects that.”

Wong said it would “take time … effort, work and nuance” to reboot a bilateral relationship strained by years of public rancour, but she said talking was “an important first step”.

“We’ve got a path to walk and we will see if it can lead to a better place between the two countries,” said Wong. “All of these issues will take some time. There is a path we are walking and we will take one step at a time in the interests of the country.”

Wong said it would be in the interests of Canberra and Beijing to meet again, but that would require mutual agreement.

Chinese officials signalled before the federal election on 21 May they would seek talks with a new Australian government of either political persuasion. In the week leading up to the election, diplomatic sources told Guardian Australia they saw “a good opportunity” to ease tensions in the period after the vote.

Since the Albanese government was elected in May, Australia and China have gradually reopened lines of high-level communication. Australia’s deputy prime minister, Richard Marles, met China’s defence minister in Singapore in June.

The June meeting was the first between Australia and China’s defence ministers in more than two years. Marles used the meeting with Wei Fenghe to raise concerns about a Chinese fighter plane’s dangerous interception of a Royal Australian air force P-8 surveillance aircraft over the South China Sea region on 26 May.

As the first effort at rapprochement played out on the sidelines of the G20 meeting in Bali, earlier on Friday the shadow foreign affairs minister, Simon Birmingham, took aim at the trade minister, Don Farrell, for comments to Guardian Australia about possible “compromise” with China.

Farrell said earlier this week Australia was pursuing trade disputes against China in the World Trade Organization but “obviously if the opportunity arises to have a different set of discussions, whereby we can nut out a compromise situation – then I’d be fully supportive of going down that track”.

Birmingham said he had noted those comments “with some concern”, accusing him of using “erroneous language” that suggested “perhaps there were compromises to be had with China”. Australia should make clear it expects “unfair trade sanctions” would cease “without the need for compromise or without any acquiescence towards Chinese demands”, he told Sky News.

Wong has taken a tougher line, reiterating before her meeting in Bali that “we are clear – we won’t be making any concessions when it comes to Australia’s national interests”.